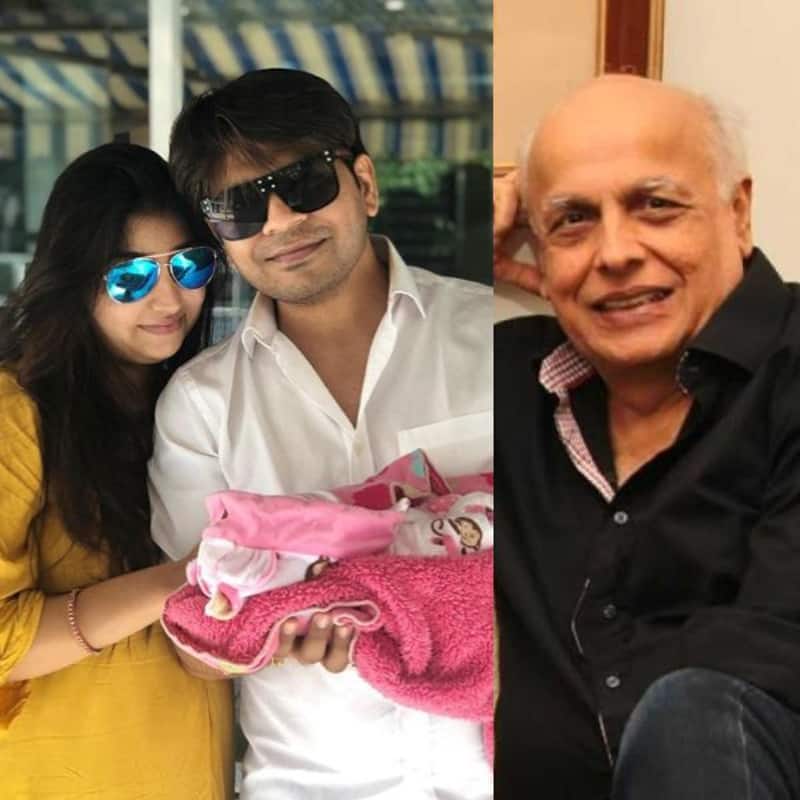 "Sun Raha Hai Na Tu" fame Ankit Tiwari is over the moon to be blessed with a daughter, who has been named Arya by filmmaker Mahesh Bhatt. Bhatt holds a special place in Ankit's life. Also Read - Ranbir Kapoor joins Alia Bhatt and others to celebrate Mahesh Bhatt's birthday; bonds with the sasural-waalas over food, films and more

"Bhatt Saab gave me a break and introduced me to this industry. Whatever I am today is because of him. And for my daughter, I wanted the same. After her arrival, I wanted her to seek Bhatt Saab's blessings. Also Read - Mahesh Bhatt Birthday: From lip-lock moment with Pooja Bhatt to closeness with Rhea Chakraborty; check 5 major controversies [Watch Video]

"So I shared the news of my daughter's birth with him and asked him to suggest a few names for her. He suggested two or three names in which Arya was one of them. Arya means Goddess and for me, my daughter is like a Goddess only," an overjoyed Ankit told IANS over the phone from Mumbai. Also Read - Mahesh Bhatt birthday: Did you know these films were based on the filmmaker’s extra-marital affair, parents’ love story and more?

The 32-year-old singer, who garnered accolades for lending vocals to "Sun Raha Hai Na Tu" in Bhatt's production "Aashiqui 2", has teamed up again with the filmmaker for the upcoming film "Sadak 2". He said: "Working with Bhatt Saab is like working with a family member. After a long time, I am working with Bhatt Saab. And it feels like coming back home.

"First I was offered a singing project in 'Sadak 2' by Bhatt Saab and now he has named my daughter. I can't thank him enough... What a great start to 2019."

Ankit and his wife Pallavi welcomed their daughter on December 28 last year in Mumbai. It has just been a few days since he became a father and he has already started feeling "big changes" in his life.

"With the arrival of my daughter, I am on cloud nine. When I hugged her and held her in my arms for the first time, that was the best feeling for me. Now when I go out, I think about her only and try to finish my work as soon as possible so that I can go back home and see her face.

"A mother and father both play an important role in a child's life. So now I will try my best to maintain a fair balance between my work and family. Right now my whole focus is on Arya and her mother only," he added.

Asked when his fans will be able to see a glimpse of Arya on social media, Ankit laughed and said: "Being a father of a newborn, I am over-protective right now and I believe a little bit in 'Nazar na lage' (evil's eye) concept too.

"So right now, I won't be posting her photographs on social media. Let her grow up a little and then I will surprise my fans with Arya's beautiful photographs for sure."