Anurag Kashyap slams the media again - find out why!

After successfully playing a prank, Kashyap proves how unreliable the Indian press can be

In an attempt to expose the true side of Indian media, ace filmmaker Anurag Kashyap put up a picture on his Instagram account with his one eye heavily plastered due to injury, with one line stating that he had a brawl with a Mixed Martial Arts fighter. This photograph very swiftly made it to the headlines of major publications, talking about how Kashyap had got into a brawl. Also Read - Trending Entertainment News Today – Zareen Khan CLAIMS she was told to put on weight for Salman Khan's Veer; Farhan Akhtar announces new release date of Toofan 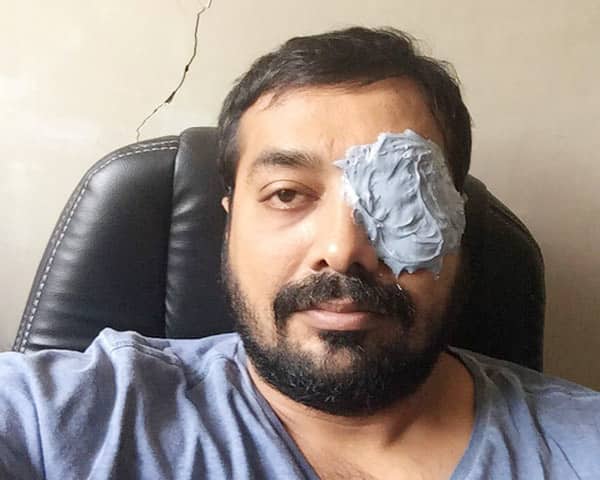 Just as this news was up, Kashyap revealed that this in fact was just a prank and confirmed that he had not go into any fight at all! The Gangs of Wasseypur filmmaker once again slammed the press, especially social media, calling it unreliable. He then took to Twitter and expressed his dissent with the media. Also Read - The Family Man 2 actor Manoj Bajpayee picks his favourite web series from Netflix, Amazon Prime, Sony Liv

The Bombay Velvet filmmaker said, “One Instagram picture of prosthetics test for the eye, with a random line, becomes news without cross checking. Point proven, won the bet”

Well, after this incident, we are sure, people will certainly not take all posts on social media too seriously.