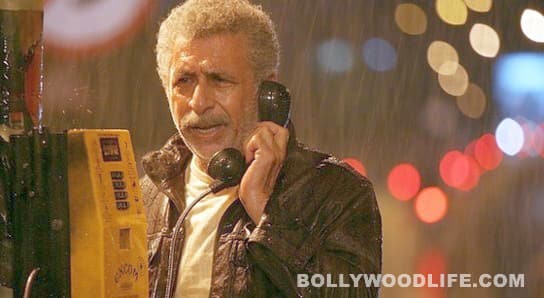 The 14th London Asian Film Festival will be held from March 16 to 24, 2012, and Anurag Kashyap's production Michael starring Naseeruddin Shah and Mahie Gill will kick off the fest on the opening night. Bollywood veteran Shah plays the main role of police officer Michael who inadvertently kills a 12-year-old boy during a shootout. Guilty, he turns into depression and loses his job. But to take care of his own son, he joins the Bollywood DVD piracy trade. The twist comes when Michael begins to get calls from the father of the boy he killed, threatening to do away with Michael’s son. Also Read - SHOCKING! When Aishwarya Rai Bachchan REVEALED she was replaced in many movies by Shah Rukh Khan; here’s how the superstar had apologised

Also, Abhishek Bachchan will be carrying out an acting masterclass at the Mayfair Hotel on March 17. Michael Winterbottom’s Trishna will be screened at Apollo Piccadilly on March 17 and the star of the film, Frieda Pinto is likely to attend. The fest's annual short film competition will also take place on the same day and at the same venue. Lucky, a 'feature film borne out of a short film' by Avie Luthra will be showcased. Also Read - Before Samantha Ruth Prabhu - Naga Chaitanya divorce rumours, reports of spilt of THESE much loved celeb jodis that rocked the film industry

Actor Humaima Malik will be attending Q&A session post the screening of her Pakistani film Bol on March 18.

The festival has also invited director Sanjay Leela Bhansali to deliver the Nargis Dutt lecture at the University of Westminster on March 22. His films Black and Guzaarish will be screened and he will be awarded on the closing night (March 24) in recognition for his work on disability in film.