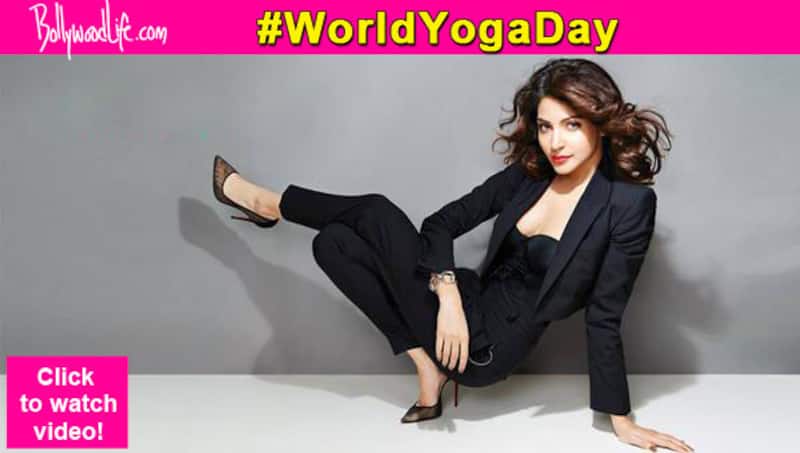 Ahead of International Yoga Day that falls on June 21, Anushka has some worthy tips to share. Read on to know more..

Yoga is believed to be a popular fitness routine amongst our Bollywood celebrities. Anushka Sharma, who is one of the hottest tinsel town beauties confessed how Yoga makes her feel wonderful inside and out. Yes, the secret to her gorgeous looks and cool attitude is YOGA! Also Read - Bigg Boss 16: Not just Salman Khan, Abdu Rozik has met many Bollywood celebs; check out his SUPER CUTE pictures with Anushka Sharma, Shahid Kapoor and more actors

As the International World Yoga Day is nearing, the actress was quizzed if she practices this form of workout. And Virat Kohli's gal confirmed that she does practice yoga. She said, "Yes, I practice yoga. Not regularly right now as my yoga teacher is busy. But I think yoga is something that everyone must do because not only does it do wonders for your body, immunity, digestion or your whole system. But it's also wonderful for your mind. It's a step towards mental stability. So I think it's a great thing and everyone must do it." Also Read - Anushka Sharma ends up playing more on a play date with daughter Vamika in London; Virat Kohli reacts [Watch]

We believe Anushka's calm attitude is the result of yoga. Despite being dragged into so many controversies including her relationship with Virat Kohli, Ms Sharma has never lost her cool. She maintained her calm and showed us how to deal with some super stressful situations in a rather composed way. Watch Anushka share yoga tips prior to the World Yoga Day right here in the video below...


Also Read - Aamir Khan all set to bounce back; to begin work on RS Prasanna's Spanish film Campeones remake from January 2023?
Advertisement
Stay tuned to BollywoodLife for the latest scoops and updates from Bollywood, Hollywood, South, TV and Web-Series.
Click to join us on Facebook, Twitter, Youtube and Instagram.
Also follow us on Facebook Messenger for latest updates.
Advertisement