Anushka Sharma and Virat Kohli take their relationship to the next level, no they are not getting married

Anushka Sharma and Virat Kohli will never cease to surprise. 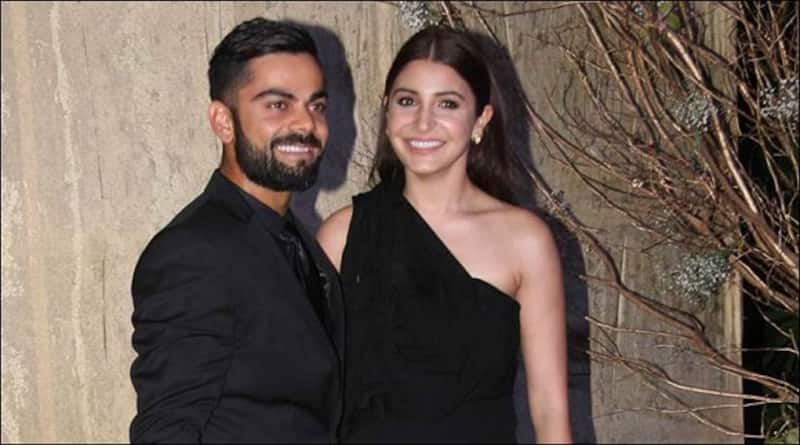 Popular star couple - Virat Kohli and Anushka Sharma have been rewriting the rules of dating for a long time now. Initially the fact that a cricketer was dating a Bollywood star was the star attraction of this relationship but through the years, the duo have given us enough reasons to be amazed by their relationship. From shying away to being comfortable together in public, the good looking duo have come a long way. If giving us everyday relationship goals wasn't enough, they are now taking it to the next level. Before you hear any wedding bells, let's clear it out right now - it's not about their wedding (While we are eagerly awaiting those details). Also Read - Har Ghar Tiranga anthem starring Prabhas, Virat Kohli, Amitabh Bachchan and more faces criticism for this reason

As per reports in Mumbai Mirror, the couple has been investing in properties together. A property in Worli has been brought by them. They are also owners of a space in New Delhi. Guess what they are planning to do with it? The couple reportedly want to open restaurant there! What's more, it's all set to open soon! Wow, it's going to be quite an exciting space where the Cricketing world meets Bollywood. Also Read: This is what Anushka Sharma and Virat Kohli’s wedding day might look like – view pic Also Read - Anushka Sharma papped in a happy mood as she poses with hubby Virat Kohli at the airport; netizens quiz if 'she's drunk'? [WATCH]

Only last week, pictures of the two in ethnic wear went viral online. While they looked picture perfect, the way Virat Kohli looked on at Anushka Sharma was the bigger highlight. Turns out. these pics were from an ad they were shooting for. Fans sure must be looking forward to this ad. Interestingly, it was an ad that got them to meet and the rest is as we know it! Also Read - Kareena Kapoor's London date with Saif Ali Khan is perfect couple goals; check out Deepika Padukone, Priyanka Chopra and more B-Town actresses who dote on their husbands

Between the two, Virat Kohli has openly accepted his relationship while Anushka Sharma has consistently remained mum. She finally opened about it while speaking with Times of India in an interview earlier this year - “I was open about my relationship because I thought that’s me handling something maturely and I expected people also to handle it maturely. But I feel not everyone knows how to do that. All they are interested in is scoops. ‘Oh! They met.’ – If you are dating someone you will meet them na? How can meeting someone become such big news? It was just too much. As an actor, I was giving some of my best performances but in an interview, the headline would always be about my personal life.”