Anushka Sharma and Virat Kohli's love story is nothing less than a Bollywood film - check out the FULL timeline!

Anushka Sharma and Virat Kohli make for one of the cutest couples. Their love story started in 2013 with an advertisement campaign. And even after several dates, matches, ups and downs, the jodi is still going strong. However, since the past few weeks, there has been a huge buzz that Virushka is all set to tie the knot after four years of being in a relationship. The couple has also made their way to Milan, Italy where, reportedly, the families shall meet and a wedding might take place. In fact, a priest has travelled with them too, adding fuel to the rumours of a marriage. Post their vacay, the couple will supposedly have a registered marriage in Mumbai and a mega reception will be held for the who's who of B-town. But before all this takes place, we thought of doing a recap of Virat-Anushka's journey together. And we have to say that their love story is nothing less than the script of a Bollywood film. Don't believe us? Well, here's the whole timeline of their love story! Also Read - Pathaan FIRST LOOK: Shah Rukh Khan unleashes his rugged avatar as he completes 30 years in the industry; shares the release date

As we told you, Virat met Anushka while working on a TV commercial. During the shoot, they became friends and started hanging out. The cricketer started wooing the B-town hottie and they were spotted together on several dates. Also Read - Anushka Sharma in Chakda Xpress, Taapsee Pannu in Shabaash Mithu and more actresses who are all set to play sportswoman on screen 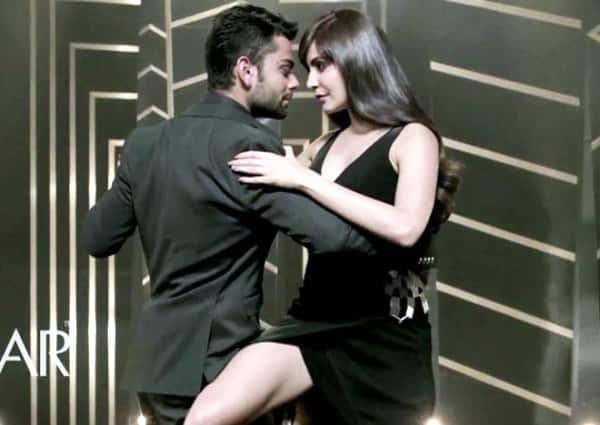 In fact, during South Africa's tour of India in January 2014, after landing in Mumbai, Virat directly went to Anushka’s apartment, rather than going to the designated hotel, to spend time with his bae. 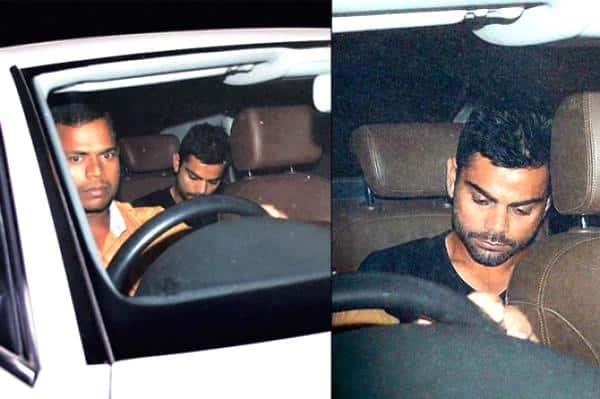 The couple did not admit to their relationship and on several occasions, maintained that they were just friends. They avoided public appearances, but kept meeting secretly. In February 2014, Anushka flew to New Zealand to be with her beau, who was there for a tournament. They were even clicked while walking around the city hand in hand. Later on, in the same year, Virat surprised Anushka in Sri Lanka, where she was shooting for Bombay Velvet. He even visited her on the sets of PK during her 26th birthday. 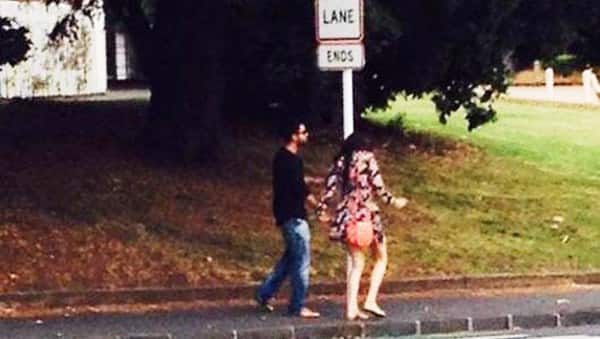 After being so secretive about their affair, Virushka made their first public appearance together in October 2014, to watch an Indian Super League game together. Virat further confirmed their status when he sent out a flying kiss towards Anushka during a match against Sri Lanka in November 2014. In the same month, Virat finally made the big revelation, when he mentioned at an event, "Whatever is there is out in the open, I have nothing to hide." Anushka also accepted their relationship, when she mentioned at another event, "We are not hiding anything. We are being two normal young people in a relationship." (ALSO READ - Want to see Anushka Sharma as a bride? These 5 bridal looks of the actress can fulfill your wish) 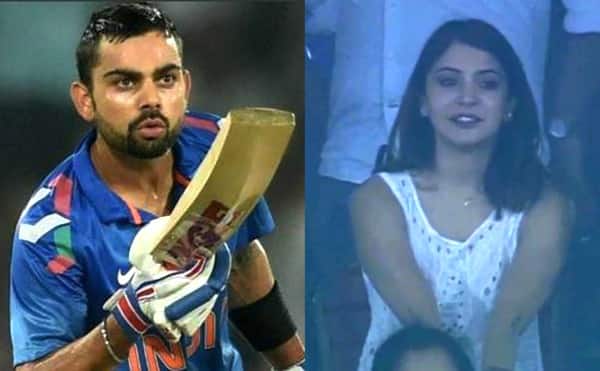 They even made their first official red carpet appearance together at the Vogue Beauty Awards during July 2015. During the night, she not only called him her charming arm candy, but while accepting the Beauty of the Year award, Anushka even made a candid confession about a compliment she received from boyfriend Virat. Though they were going very strong as every other couple, Virat and Anushka's jodi had some lows too. Virushka fought over a lot of things and broke up a couple to times too. In fact, as per reports, one of Anushka’s sexy photo shoot did not go well with Virat and he apparently, expressed his anger on it. They even had a major fight over the phone, but soon things sorted. In fact, there were reports that they were all set to get married. Reports suggested that Virat had even proposed, but in February 2016, they went through with their first break up. Virat's 'Leave Bollywood' policy did not go down well with the actress and they kept quarreling over it and their wedding. But then came Sultan. To celebrate the success of the movie, Salman had organised a party and Virat - Anushka were spotted walking hand in hand at the event. Looked like things had calmed down and sorted. (ALSO READ - Anushka Sharma and Virat Kohli's wedding happening for REAL! Family Pandit takes off to Italy - view HQ pics)

But that wasn't the end of things. While Virat wanted to settle down, Anushka wanted to focus on her career. Virat's over-possessive nature created a lot of issues between them and things became worse. They again broke up and this was confirmed when the two unfollowed each other on Instagram.

Though they broke up in the start of 2016, they were back together by the end of the year. They were very much in love and hence, they decided to sort out all their differences once and for all. They confirmed that they were back together by walking hand in hand at Yuvraj Singh and Hazel Keech's wedding in December 2016. The couple even danced their hearts out together at the wedding. 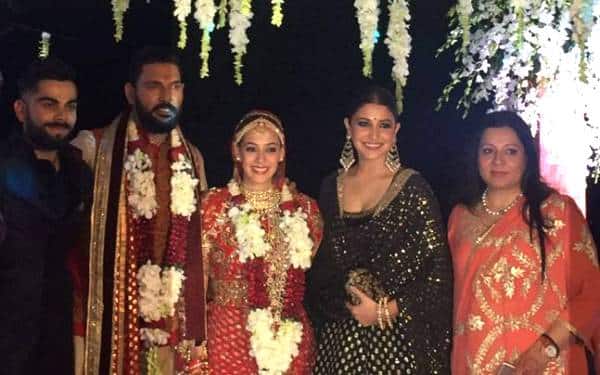 On Valentine's day 2017, Virat shared a cute picture of them with a beautiful caption which read as, "Everyday is a valentine day if you want it to be. You make everyday seem like one for me. @anushkasharma." 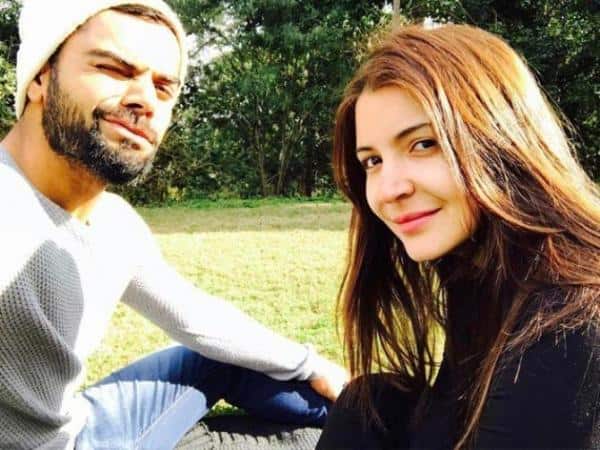 On Women's Day 2017 too, Virat posted collage picture of his mother and Anushka. He wanted to wish the most important ladies in his life a very happy women's day and so, he captioned the image as, "Happy women's day to every woman out there, but specially to the two strongest women in my life. My mom for looking after the family in toughest times in life and @anushkasharma for fighting against the odds regularly and standing up for righteousness and changing the norms #happywomenday." 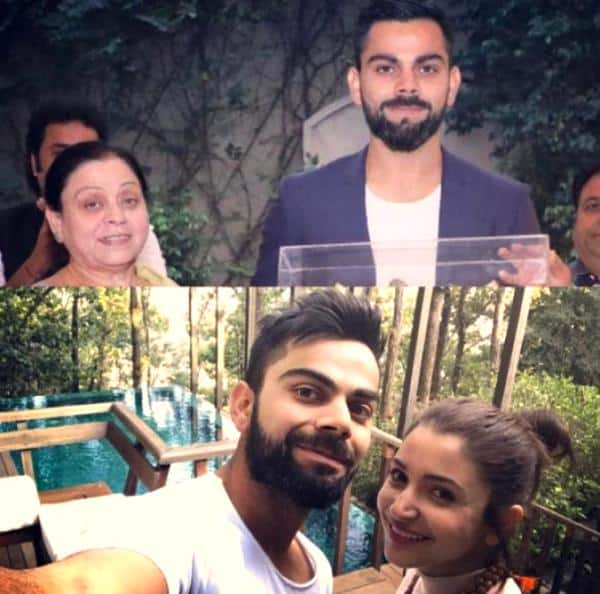 The couple had spent the New Year Day of 2016 together and were spotted at Dehradun airport on January 01, 2017, holding hands like any other couple. They spent quality time with their families in the hills of Uttarakhand, adding fuel to the fire that they were all set to get married. A picture of them with a priest stunned everyone too. Some even felt the duo were already engaged. However, the couple refuted the claims. (ALSO READ - 5 theories surrounding Anushka Sharma and Virat Kohli's much awaited December wedding!) 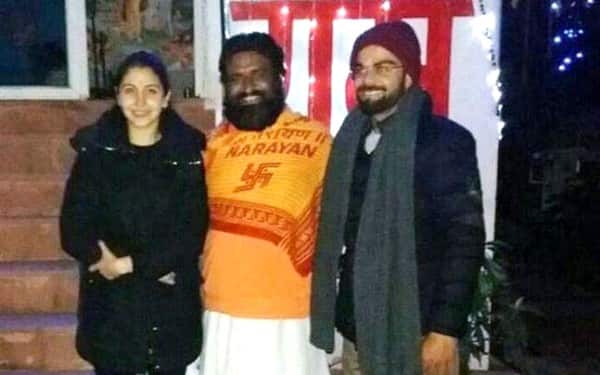 In a recent interview, Virat finally opened up about Anushka like never before. He said, "I was in Mohali and there was a test series going on. I was with Anushka then, she had come to visit me. Surprisingly, when I was made Test Captain, then also she was in Melbourne with me. That was a very special moment we shared together. During the Mohali incident, they had spoken to me already. When I hung up the phone and told her, for me it was like a flashback. From the moment I started playing in my academy till the Mohali game. I was emotional, I was in tears because I had never thought that I will see this day. What was more beautiful was that, I was able to share it with Anushka. It was something that I will always remember."

With Virat leaving a Test Series mid-way and flying off to Milan, Italy with Anushka and their families has set tongues wagging. In fact, there have been reports of a hotel being booked in India post their vacation and sources tell us that they have even picked up a marriage registration form. The family priest has also accompanied them on trip, making it quite clear that the duo are all set to get married. Once back, a huge reception will reportedly be held, with the who's who from the world of Bollywood, Cricket and Politics attending the event. It is going to be an extravaganza like never before. 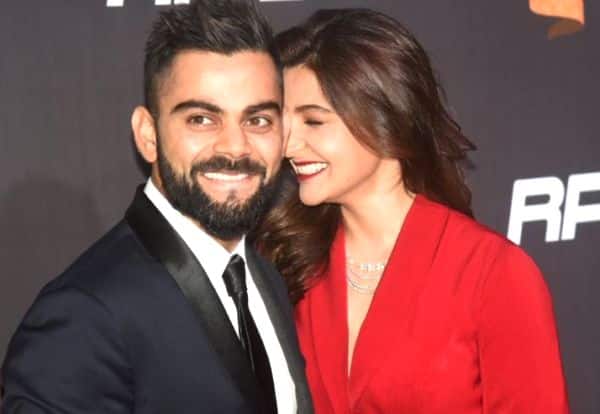 Anyway, what do you think about Virat and Anushka's love story? Share with us your thoughts in the comments section below! In the meantime, stay tuned to BollywoodLife as we get you all the dope about Virushka's wedding right here.