Anushka applauded for her man as well..

Virat Kohli and Anushka Sharma have kept our faith in fairy tale love stories alive. The two, who got married in December 2017 in Italy, have stood for each other during the good times and bad. Be it Anushka rooting for Virat during his matches or the latter showering praises on his ladylove for her film's success, the couple ensures that they respect and love each other equally. Also recently when Virat won the Rajiv Gandhi Khel Ratna Award 2018 for his fabulous contribution towards Indian cricket, Anushka's broad smile said it all. While Virat received the prestigious award from the President of India, Ram Nath Kovind, his proud wifey couldn't take eyes off him and beamed at him with pride. And we must say, that very moment made us go aww.

Dressed in a black-and-golden saree, Anushka looked beautiful. She accessorized her traditional wear with jhumkas. On the other hand, Virat looked dapper in a suit.

Take a look at their pictures: Also Read - From Anushka Sharma to Avika Gor: B-town celebs who REFUSED to endorse fairness creams 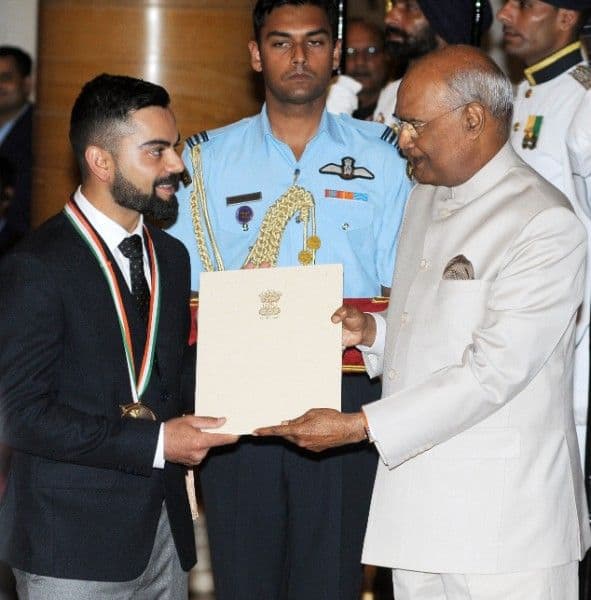 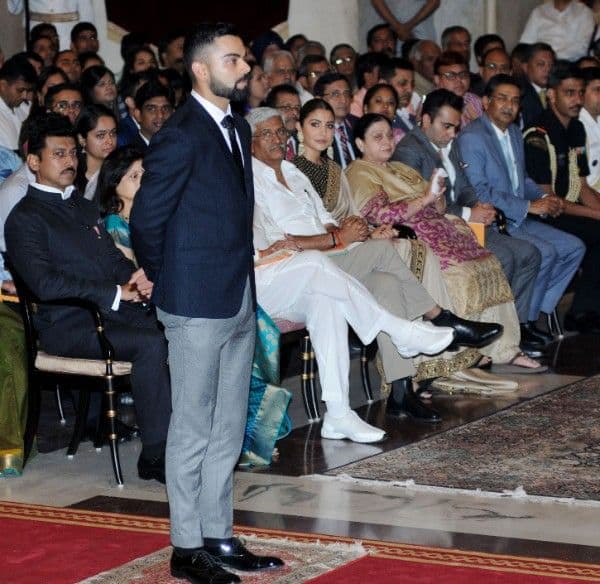 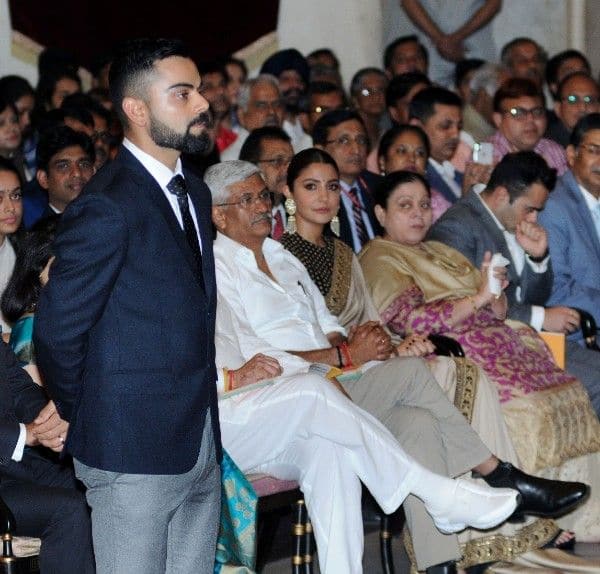 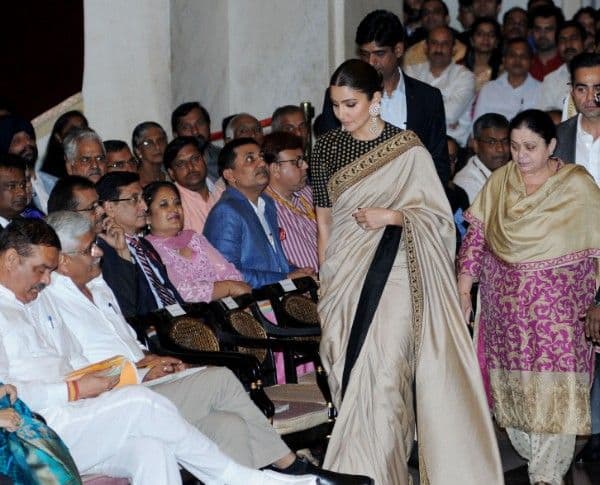 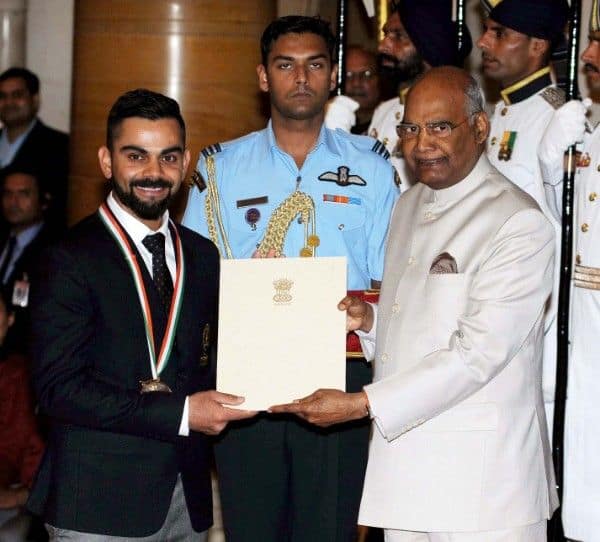 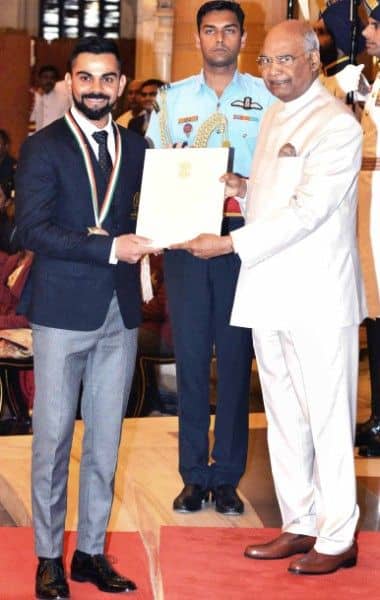 In a recent interview with Film Companion, Anushka had stated that she is married to the the greatest man in the world. She had added, "We are both very awkward with the fame that we have, we don’t embrace stardom and fame and that’s why, I think, we connect so much. We run away, sometimes, from these things. Sometimes, we find a need to be in our own cocoon. And that’s the reason why we are so self-sufficient. And when I say self, I mean both of us because we don’t see each other as two different people. Him and me are male and female versions of each other."
Stay tuned to BollywoodLife for the latest scoops and updates from Bollywood, Hollywood, South, TV and Web-Series.
Click to join us on Facebook, Twitter, Youtube and Instagram.
Also follow us on Facebook Messenger for latest updates.
Advertisement