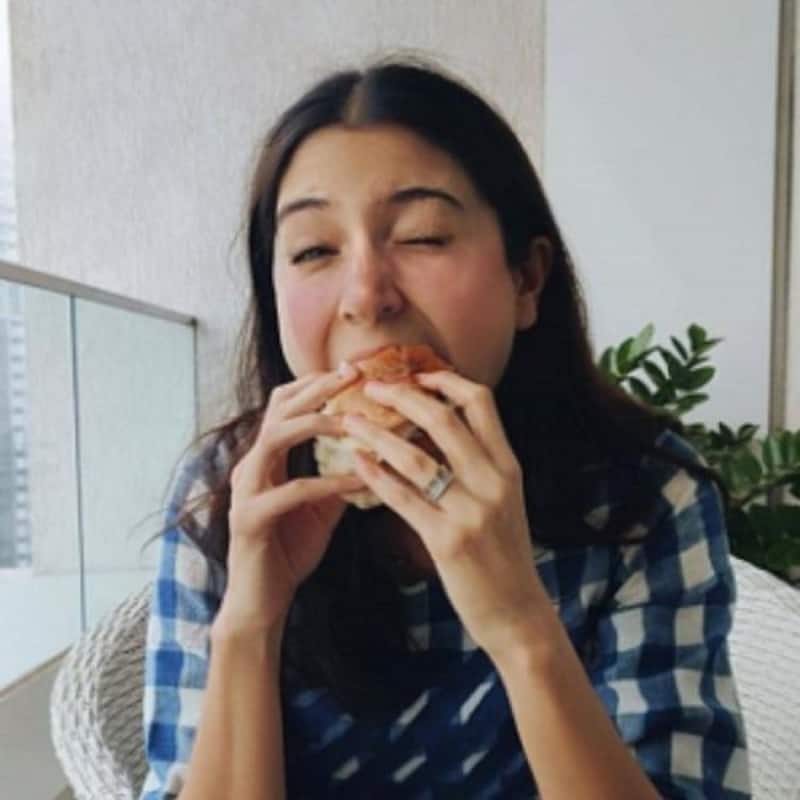 Amid COVID-19 crisis, people are staying at home and enjoying the pleasant rains. During this climate, public loves to relish some hot and crunchy snacks and actress Anushka Sharma is one of them. The actress shared an insta-story, where she is relishing every Mumbaikar's favourite snack, Vada Pav while enjoying Mumbai rains. Sharing the pic, she wrote, "Rainy day vada pav Somebody stop me." Also Read - Ranbir Kapoor massively trolled for fat shaming pregnant wife Alia Bhatt; netizens say, 'Such an insensitive person he is'

While the actress is yet to announce her next project, Anushka and hubby Virat Kohli garnered love from the ad world as the duo topped the TAM Adex report on Celebrity Endorsement for the first half of 2020. With 26 per cent share and 16 brand endorsements, the couple has beaten Akshay Kumar-Twinkle Khanna and Saif Ali Khan-Kareena Kapoor to grab the top spot. Othe celeb couples, which are included in the list are Ranveer Singh and Deepika Padukone, Amitabh and Jaya Bachchan, Aamir Ali and Sanjeeda Sheikh, Riteish Deshmukh and Genelia D’Souza, Neha Dhupia and Angad Bedi, Dharmendra and Hema Malini, and Ajay Devgn and Kajol. Also Read - Independence Day 2022: Anushka Sharma, Virat Kohli, Ram Charan, Jr NTR and more celebrate Azadi Ka Amrit Mahotsav; Ram Gopal Varma's idea of 'freedom' leaves netizens in splits

The Phillauri actress recently opened about attending Virat Kohli on his tours and told Vogue, “People assume when I’m visiting Virat or when he is visiting me that it’s a holiday, but it’s really not. One person is always working. In fact, during the first six months of our marriage, we spent 21 days together. Yes, I actually calculated. So when I visit him overseas, it’s to squeeze in that one meal together. It’s precious time for us.” She further said, “Whatever little inconveniences I have had to face in these few months is insignificant compared to what so many others in our country are facing—people are unable to go home, some are struggling with loss of income and home, others are facing starvation even as many more deal with their loved ones being unfortunately struck by this disease. I’ve always been realistic, but now more than ever I am understanding the meaning of life.”