Chakda 'Xpress actress Anushka Sharma shared more Maldivian pictures in a monokini. This time, Anushka is feeling all shy and no, neither Virat Kohli nor Vamika Kohli is the reason behind her shyness. 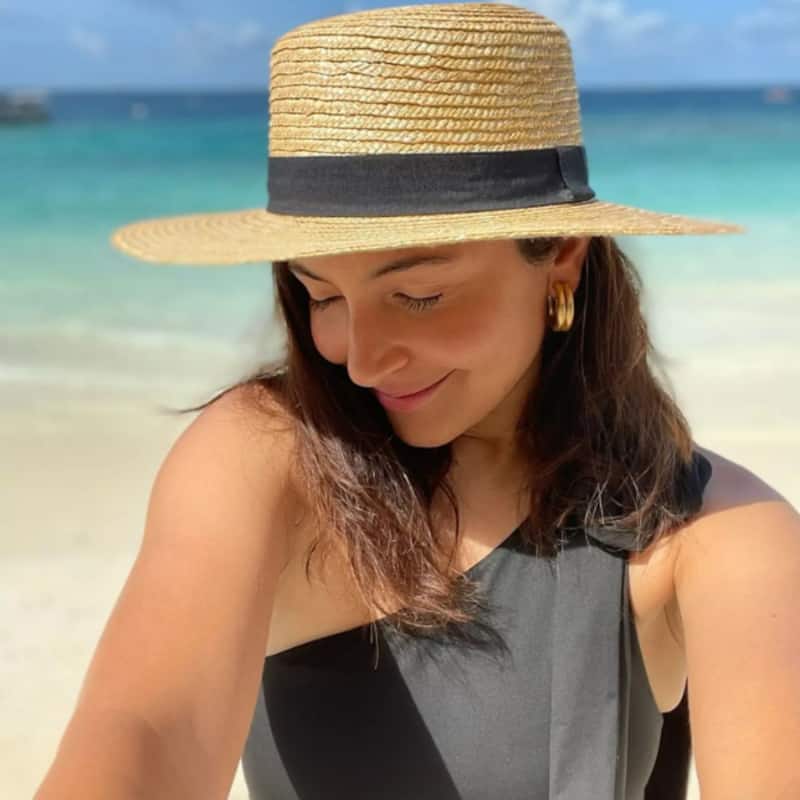 Bollywood heroine Anushka Sharma is back from her vacation in Maldives with cricketer husband Virat Kohli and toddler daughter Vamika Kohli. For the last couple of days, the gorgeous actress has been sharing pictures from her super amazing vacation. Anushka Sharma has been tanning, swimming, chilling and spending some time with Virat and Vamika Kohli. Though she didn't share pictures with Vamika and Virat, she did set the internet on fire with pics in monokinis. And Anushka Sharma has done it again Also Read - Ranbir Kapoor massively trolled for fat shaming pregnant wife Alia Bhatt; netizens say, 'Such an insensitive person he is'

A couple of hours ago, Anushka Sharma shared another set of pictures on her gram. After rocking a tangerine monokini, Anushka sizzled in a black one-shouldered monokini next. Boy, she's raising the temperature and how! The second image is a wide-angle one. The first picture features Anushka being all shy. And no, it's not Virat Kohli or Vamika Kohli. It's the Maldivian sun, Anushka Sharma has been talking about. She captioned the post, saying, "When the sun made me shy." Check out the Instagram posts here: Also Read - Bipasha Babu, Sonam Kapoor and more: Check out the most glamorous pregnancy announcements of Bollywood divas [VIEW PICS]

What’s up on Anushka’s work front?

A couple of months ago, Anushka Sharma grabbed headlines when she announced her comeback to films after Shah Rukh Khan and Katrina Kaif starrer Zero. Anushka will be featuring in the biographical re-telling of Indian cricketer Jhulan Goswami’s story with Chakda 'Xpress. Jhulan is an all-rounder from the Indian Women’s cricket team. She is regarded as one of the greatest women fast bowlers. In other news, in March Anushka Sharma announced that she is stepping away from Clean Slate Filmz as a producer. Anushka and her brother Karnesh founded the production company in 2013.