Sticking to a basic color palette of white and the bright red, Anushka Sharma s looks

And the much-awaited song, Radha from the most awaited movie of 2017 - Jab Harry Met Sejal is out! While we can hardly keep calm and stop grooving to this peppy duet which has been crooned to perfection by Shahid Mallya and Sunidhi Chauhan, Anushka Sharma’s snazzy look from the movie has got us hooked and booked. Playing the role of Sejal, a Gujarati girl who is a lawyer by profession and coaxes Shah Rukh Khan's character of Harry to sign an indemnity bond in one of the teasers, Anushka Sharma is all set to capture our hearts with her exuberant avatar. And giving us a glimpse of all that can be expected from her style shenanigans from the movie, Anushka Sharma pulls off some stunning style coupes that are quite refreshing and wow-worthy. As fashion aficionados, we have been closely following Anushka Sharma’s sublime style game and her on-screen role of Sejal resonates strongly with her off-screen avatar. Also Read - Indian Idol 12: Pawandeep Rajan-Arunita Kanjilal's bond in latest episode will remind you of Shah Rukh Khan and Rani Mukerji from KKHH

The series of mini-trailers have lent us an ample glimpse into this fashionable Gujarati girl’s wardrobe. Blessed with a flawless skin, lithe frame and a spunky demeanor, Anushka Sharma’s chic looks can be dramatically and seamlessly translated into some of your appearances. Sticking to a basic color palette of white and the bright red, Anushka Sharma’s looks are quite relatable also. Scroll down to decode these fab summery looks! Also Read - Throwback to when Shah Rukh Khan got schooled by daughter Suhana Khan for his infamous Wankhede Stadium row – watch video

Doling out two stunning outfits in white, Anushka dons the quintessential playsuit with a sheer neckline. 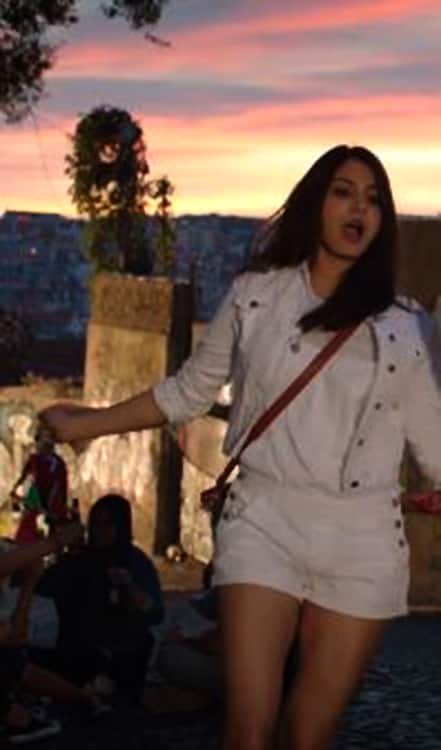 She nails the raging trend of summer layering and dons a buttoned white jacket paired seamlessly with it. 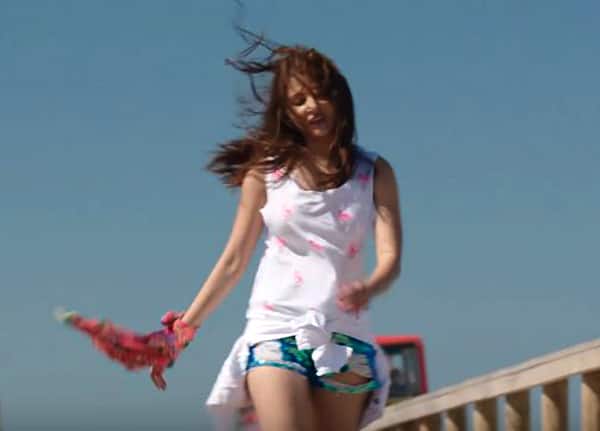 In yet another look, she wears a white printed tank top with a pair of glitter and ripped denim pants. A short floral scarf, a beaded anklet, and bright fuchsia colored painted toenails round up her chic vacation look. 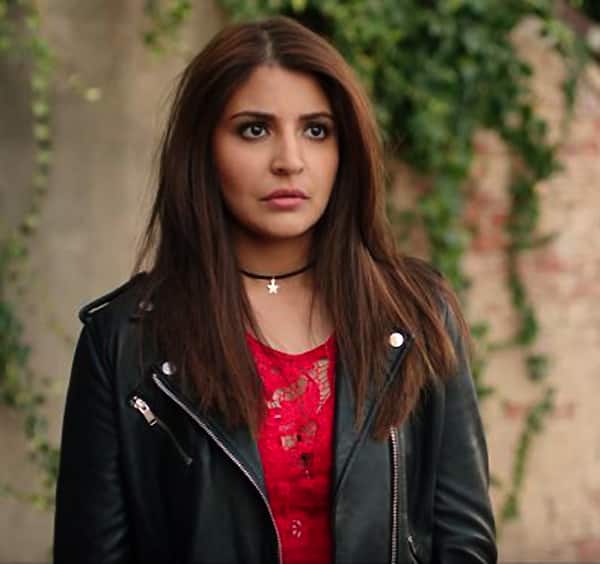 In a much dressier avatar, Anushka dons a fit and flare red lace dress. 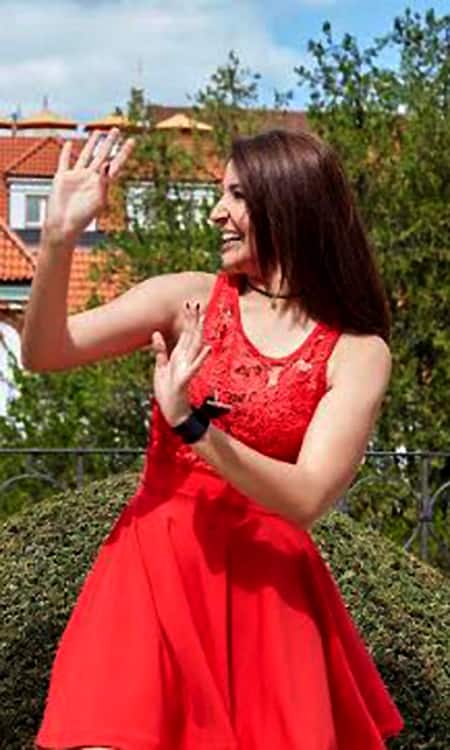 She ups her look with an edgy choker and a leather jacket. 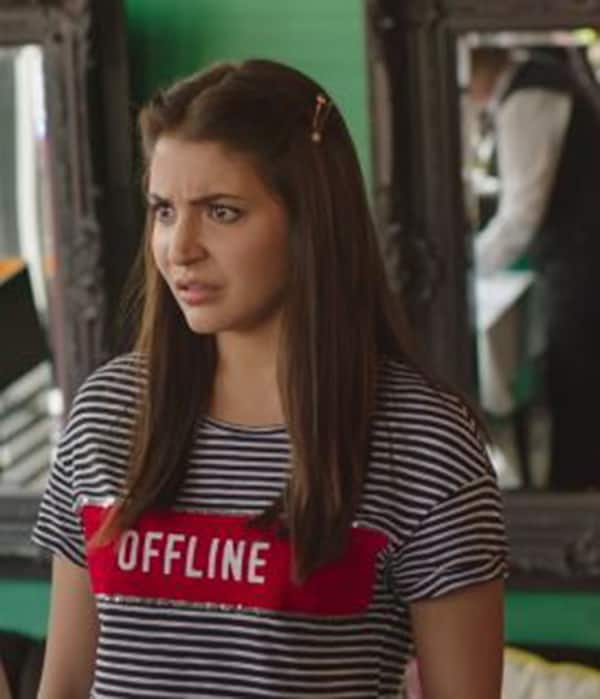 Donning a striped top with OFFLINE printed on it, Anushka looks cute AF in this still with her center-parted hair and those lovely clips. Giving a bewildered expression, Anushka’s endearing look is melting our hearts! 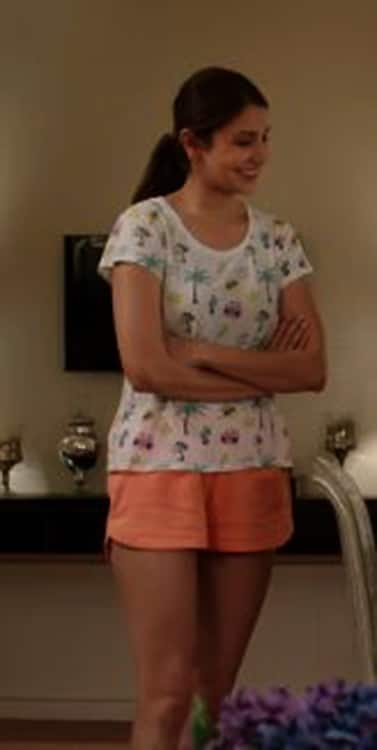 Wearing a printed top with faded orange colored shorts, Anushka Sharma’s bedtime outfit is too cute to be missed.

Setting our hearts aflutter with her chic looks, Anushka Sharma is slaying the summer trends of layering, whites, reds, and stripes perfectly with this movie that’s slated for a release on August 4.