Anushka Sharma cannot stop being a fan girl of hubby Virat Kohli and this Instagram post is big proof. 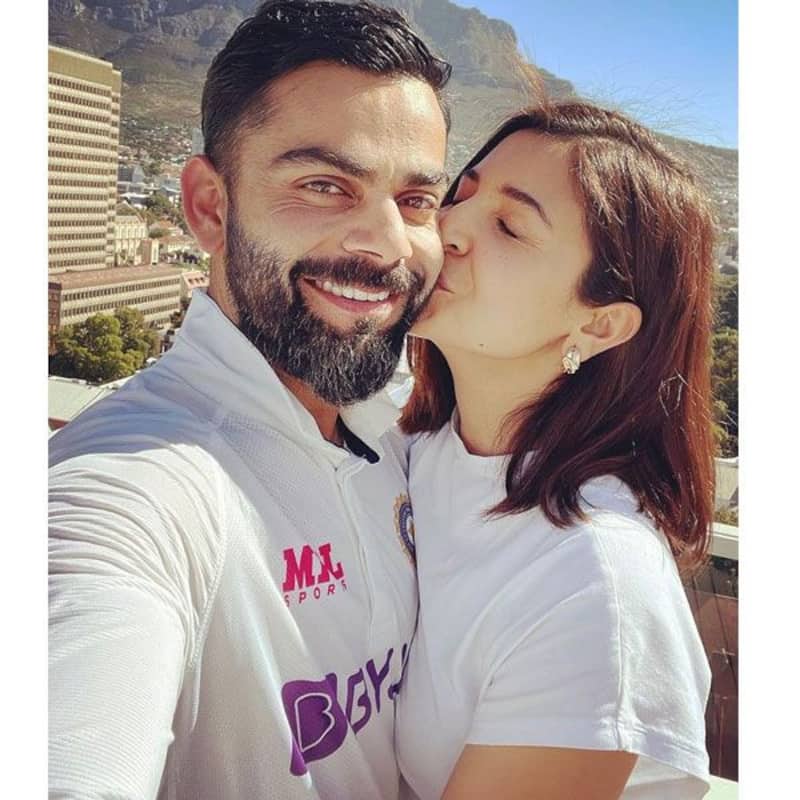 Anushka Sharma has been the biggest cheerleader and fan of her cricketer husband Virat Kohli, and time and again we have even witnessed it. Now, once again Anushka has turned into a cheerleader for hubby Virat as she can not stop praising him for his latest interview where he is seen laughing at himself. She took to her Instagram stories and shared the video clip of Virat and wrote, "If you cannot laugh at yourself, you may be missing the colossal joke of the century." She shared the caption along with a heart and evil eye emoticon. Also Read - Shahid Kapoor-Mira Rajput, Ranbir Kapoor-Alia Bhatt and more: Bollywood couples whose passionate kiss in public went viral 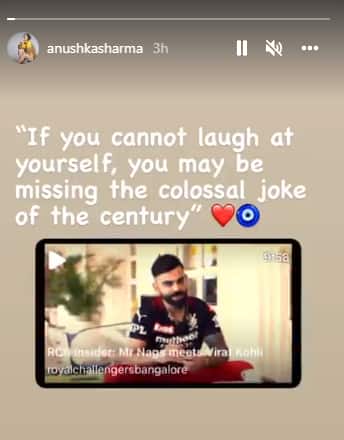 Of late Virat was being questioned a lot for his not so good form in IPL 2022, however slowly he bounced back and is finally in his form and is nailing it like always. Virat has stepped down as Indian Cricket team Captain and this decision of the cricketer has saddened his fans and how. However, even then Anushka stood like a rock with him. Also Read - Alia Bhatt-Ranbir Kapoor pregnancy: Farah Khan says 'Rishi Kapoor is coming back', Neetu Kapoor reacts

She even penned down a long note for Virat when he stepped down as a caption of the cricket team after 7 long years and mentioned that she is damn proud of him, "I remember the day in 2014 when you told me that you have been made the captain as MS had decided to retire from test cricket. I remember MS, you & I having a chat later that day & him joking about how quickly your beard will start turning grey. We all had a good laugh about it. Since that day, I’ve seen more than just your beard turning grey. I’ve seen growth. Immense growth. Around you & within you. And yes, I am very proud of your growth as the captain of the Indian National Cricket team & what achievements the team had under your leadership. But I’m more proud of the growth you achieved within you."

She further added, "In 2014 we were so young & naive. Thinking that just good intentions, positive drive & motives can take you ahead in life. They do but, not without challenges. A lot of these challenges that you faced were not always on the field. But then, this is life right? It tests you in places where you least expect it to but where you need it the most. And my love, I am so proud of you for not letting anything come in the way of your good intentions. You led by example & gave winning on-field every ounce of your energy to the extent that after some losses I’ve sat next to you with tears in your eyes, while you wondered if there's still something more you could have done. This is who you are & this is what you expected from everyone. You've been unconventional & straightforward. Pretence is your foe & this is what makes you great in my eyes & the eyes of your admirers."

Anushka even mentioned how their daughter will see the learning of these 7 years he gave in and concluded by parsing him that he did well.