Anushka Sharma-Virat Kohli wedding: 5 details you might have missed out on while mooning over the beautiful couple

Well, their happily ever after has just begun

We had to wait till December for the wedding of the year but oh, it has been so worth it! After keeping it a secret right till the very end, Anushka Sharma and Virat Kohli threw everyone a huge surprise by announcing that they were now married. Well, we certainly had expected this to happen sooner or later but nevertheless we were in for a pleasant surprise when it actually did happen. The couple has been setting lofty relationship goals for a while now, what with their fairytale romance comprising of mutual admiration, picturesque vacations and social media display of affection. But with their wedding they really have painted us a picture of what an ideal 'Happily Ever After' looks like. And now we just can't get enough of the details. Yes, they had a private ceremony but now that it's done and dusted, we are fawning over every little snippet of information that we are getting on how the whole event took place. We are trying to dig as much as we can just so that we can bring to you the latest from the wedding. But, in the barrage of information, you might have missed out on certain details. So here's taking a look at the some things that made this betrothal the shaadi of the year. Take a look... Also Read - From Anushka Sharma-Virat Kohli’s daughter Vamika to Kareena Kapoor-Saif Ali Khan’s son Jeh: First glimpse of star kids fans are eagerly waiting for

Sartorial dream come true Also Read - Anushka Sharma, Kishwer Merchantt and 6 other actresses flaunted their baby bumps in bikinis and swimsuits and how 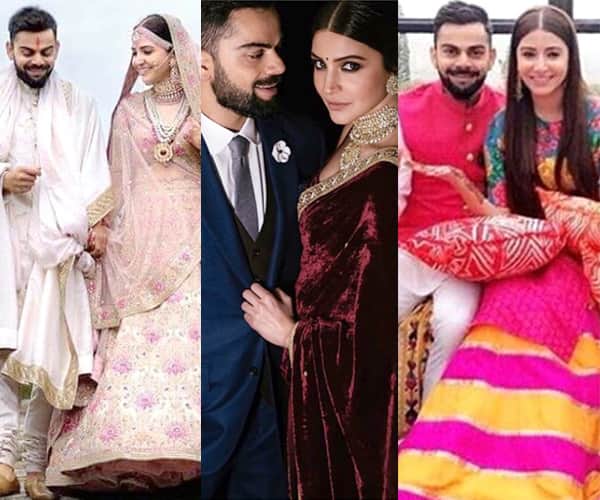 For her engagement ceremony, Anushka wore Sabyasachi's signature Gulkand Burgundy saree, hand-embroidered using miniature pearls and the finest quality zardosi and marori accessorised with a stunning uncut diamond and pearl choker with matching studs. Virat opted for royal blue and black three piece suit for this ceremony. For the mehendi, Anushka went with a graphic lehenga in fuchsia pink and Indian orange, hand-printed by Calcutta's block printers and hand-embroidered with gota and marori. She accessorised the look with earrings from the Sabyasachi Heritage Jewelry collection, a stunning pair of jhumkas crafted in 22k gold with Iranian turquoise, tourmalines, uncut diamonds and Japanese cultured pearls. Custom juttis in hand woven brocade and zardosi completed the look. Virat kept it simple in a white kurta-pajama with a red jacket. But the wedding look took the cake. Anushka’s pale pink lehenga with Renaissance embroidery in vintage English colours embellished with silver-gold metal thread, pearls and beads perfectly complemented Virat's ivory raw silk sherwani hand-embroidered in a vintage Benarasi pattern and signature House buttons with an old Rose silk Kota safa. She paired the outfit with jewellery handcrafted with syndicate uncut diamonds, pale pink spinel and baroque Japanese cultured pearls. It was such a exquisitely designed trousseau that will make you want to steal it.

Put a ring on it 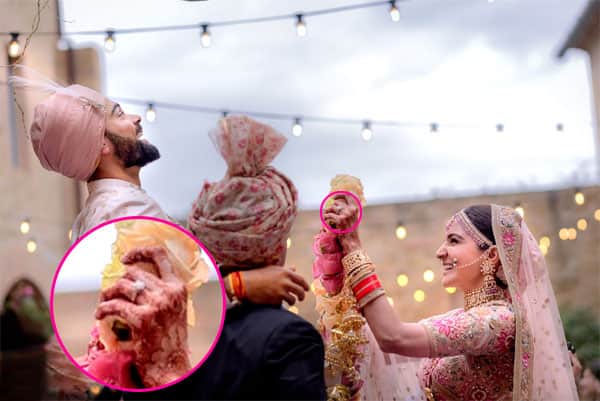 While Anushka Sharma, as Sejal, spent a wonderful time with Harry, in real life her Prince Charming did all the hard work for her. It took him three months to customise the best wedding ring for his bride. Turns out Virat was very particular about the kind of ring he was looking for his sweetheart as a source close to the couple exclusively revealed to us, “He’s picked a very rare diamond ring for Anushka that has been specially crafted by an ace designer from Austria. The design is unimaginably beautiful and reflects surprising elements, every time you see it from different angles. It costs about Rs 1 crore but it’s totally worth the money because whoever will see it, definitely wouldn’t be able to take their eyes off it.”

A wedding in the vineyards

Both Virat and Anushka have expensive taste and you couldn't have expected them to settle for anything ordinary really. So Virushka, as their fans fondly call them, were hitched at the Borgo Finocchieto, where the Obamas - Barack and Michelle - had stayed during their Italian sojourn. The property is located a four-hour drive away from Milan and has provision for 44 people only at a time. This explains why the star couple chose this place. An intimate affair by the vineyards does seem ideal doesn't it. In fact, a few years ago, in a chat with Harper's Bazaar Bride, Anushka had admitted that if she went for a destination wedding, it would be in a vineyard. That explains it. And their choice of venue is not just famous, it is also quite beautiful, as is evident from the backdrop of the pictures that we are seeing.

The most beautiful entry this song of mine could have asked for! Congratulations @AnushkaSharma @imVkohli on your #DinShagnaDa #Virushka #HappilyEverAfter pic.twitter.com/POAqY9SmQh

For the jaymaala ceremony, Anushka made her entry to the song 'Din Shagna Da' from her own production, Phillauri. Truly, what could have been a more appropriate song than that for her special day! And singer Jasleen Royal could not be happier. She has sung the number and it spells love. 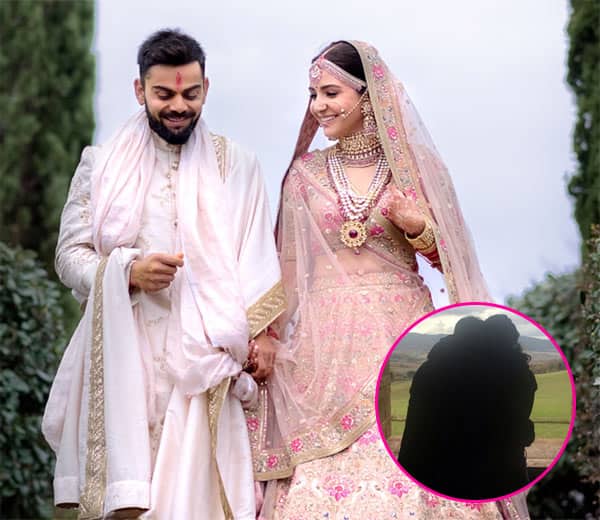 And now, we have been seeing pictures of the two enjoying a DJ party at the venue, which probably took place after the day wedding wrapped up. Post the traditional ceremony, it sure must have been wonderful to unwind to some good music. And today, we saw yet another picture of the newly married couple enjoying the views of the Tuscan countryside. Rumour also has it that the couple have taken off for a Roman holiday. What place better than the romantic Rome for the ideal honeymoon after that high on love wedding!

Well, their happily ever after has just begun and we wish the couple a lifetime of ever-increasing love and happiness. Now, to wait for their grand Indian reception parties in Delhi and Mumbai once they return.