Anushka Sharma is on a vacation in the Maldives along with hubby Virat Kohli and their daughter Vamika took to her Instagram stories and shared some pictures from it that will melt your heart. Anushka Sharma who is enjoying her motherhood has made a special promise for her daughter Vamika and it will leave you in awe how. The actress who is right now on vacation in the Maldives along with hubby Virat Kohli and daughter Vamika took to her Instagram stories and shared some pictures from it. In one picture she shared the bicycle of the little one that had a name written and wrote, "Will carry you through this world and the next and beyond my life", with a heart and family emoji.
This story posted by Anushka on her Instagram stories is grabbing a lot of eyeballs. Indeed she is such an endearing mother. Anushka and Virat are happy parents of their first child Vamika who was born in January 2021. The little girl is one and is travelling the world around with her mom and dad. 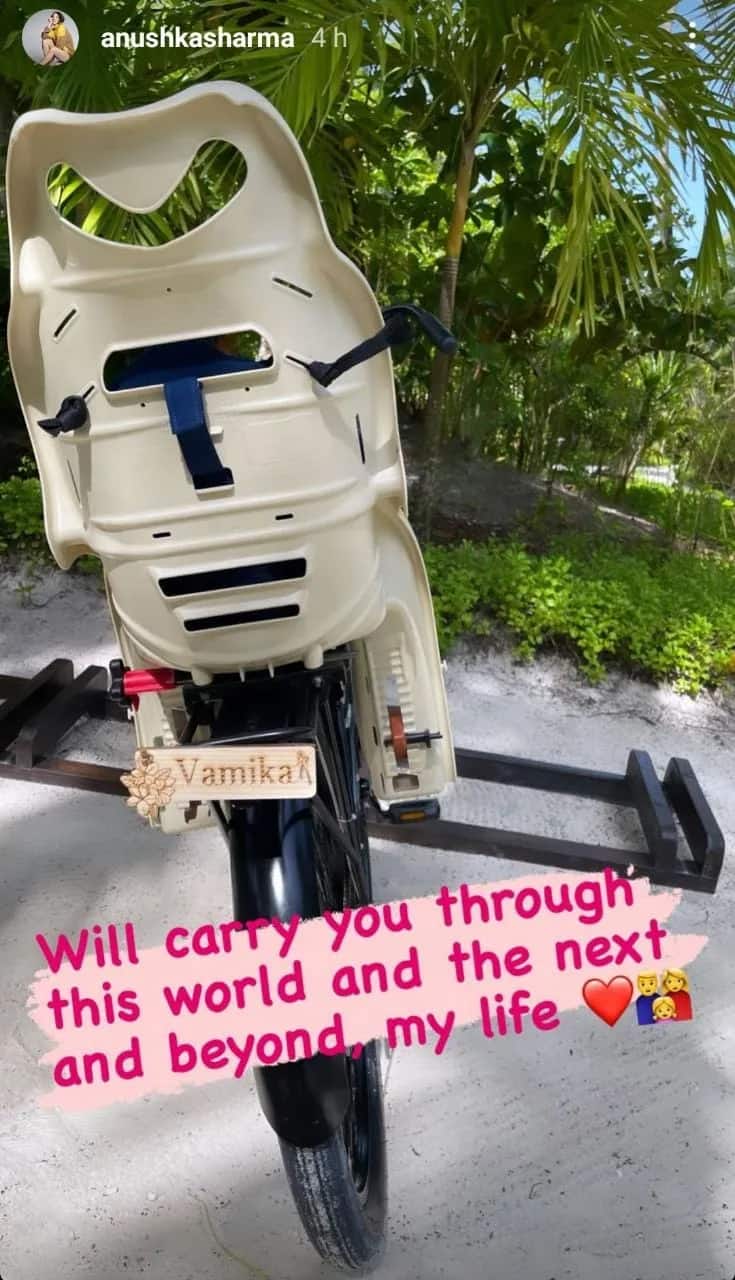 Vamika is Virat Kohli and Anushka Sharma's first child and her leaked pictures went viral on the internet
Vamika is one of the most popular star kids and her one glimpse that was leaked on TV during a live cricket match went viral. And netizens couldn't stop comparing her with daddy Kohli. Well, the girl is a replica of her father and her pictures took the Internet by storm. However, later Anushka and Virat who wants their daughter to keep away from the media radar requested to lift all the pictures of Vamika that were posted online.
During the birth of Vamika, Virat and Anushka had issued a joint statement requesting the media to not do any coverage of their daughter ever and requested to abide by it. Well, their privacy was requested. On the professional front, Anushka will be seen next in Express and the first look of Chakda Express revived a lot of love.
Also Read - Trending OTT News Today: The Gone Game season 2 trailer, Richa Chadha trains in Kathak for Heeramandi and more
Advertisement