These viral pictures of Vicky Kaushal and Anushka Sharma also got some hilarious and cute comments from the industry people. So, without wasting any time further, let's check them out...

And here we are to make your Saturday more entertaining, and interesting with our latest pictures from the tinsel town. These are no ordinary pictures, but those that went viral on the social media and received attention and love. Apart from the audience, these images also got some hilarious and cute comments from the industry people. So, without wasting any time further, let's check them out... Also Read - Virat Kohli breaks into full Shammi Kapoor mode as he dances and romances Anushka Sharma, proving he's Bollywood ready – watch video

Anushka Sharma posts a sunkissed picture on a beach

The bubbly girl of Bollywood, Anushka Sharma is currently in West Indies with hubby Virat Kohli as the Indian cricket team is playing a bilateral series. While all the cricket lovers are watching this series, Anushka shared a sunkissed picture of her in a bikini by the beach, which went viral in no time and definitely turned out to be a treat for her fans. Also Read - Deepika Padukone, Anushka Sharma and more Bollywood actresses who are Daddys Darlings; refused to change surnames post marriage

With Sanju, Raazi and Uri, for which he even won a National Award, Vicky Kaushal has become the national crush of the country. The actor is currently enjoying a huge female fan following and he recently shared his adorable childhood picture and got comments from celebs like Ranveer Singh, Manasi Parekh and many others. Also Read - Move over Virat Kohli-Anushka Sharma, KL Rahul-Athiya Shetty is the hot new cricketer-actress jodi and these pics are proof 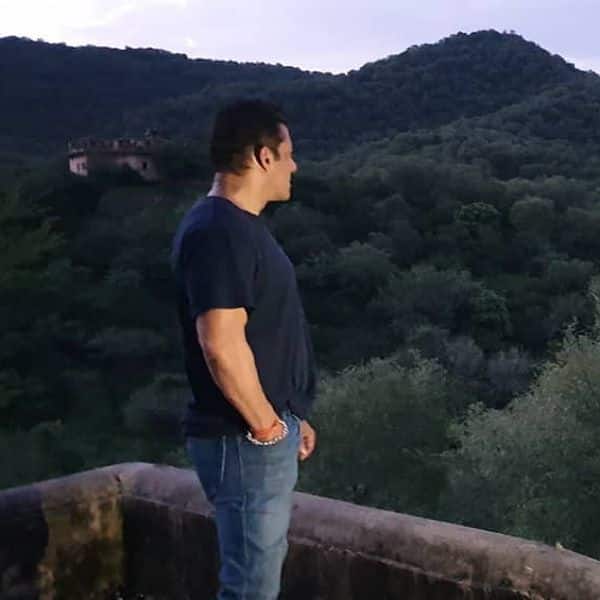 The megastar of the country, Salman Khan recently flew to Jaipur for the final leg of Dabangg 3 and while we are excited for the cop-actioner, the picture of Salman standing against the backdrop of the beautiful location has just become an instant favourite on social media.

Party of four on the way ?

The 33-year-old actress revealed that she is expecting her second child with a really adorable post on Instagram. In the picture, we see Lisa posing with her hubby Dino Lalvani and their son Zack.

First pic of Dwayne Johnson and Lauren Hashian from their wedding

The Hobbs and Shaw actor exchanged vows with longtime girlfriend and singer Lauren Hashian in Hawaii recently. He took to Instagram to share the news of his wedding with his fans and followers. He also shared two photographs of the couple against a romantic setting with the beautiful sunset.