The film is releasing on October 9 in Telugu, Tamil and Hindi

After tasting phenomenal success at box office with Baahubali, Anushka Shetty and Rana Daggubati are gearing up for their second release of this year, Rudhramadevi. The film also stars Allu Arjun in lead role. Also Read -  7 times Allu Arjun proved that he is a bigger Tollywood star than Mahesh Babu

Slated to release on October 9,2015, Rudhramadevi taking a cue from Baahubali, is coming out in Hindi, Tamil and Telugu. While a lot has been said about its disappointing VFX effects in the past, it looks like director Gunasekhar has reworked on it and now has come up with gritty and stylish looking posters of the lead cast- Allu Arjun, Rana Daggubatti and Anushka Shetty. Also Read - Sakshi Excellence Awards: Allu Arjun and Mahesh Babu bag Best Actor Awards for their impeccable performances in Ala Vaikunthapurramuloo and Maharshi – Here’s the complete winners list 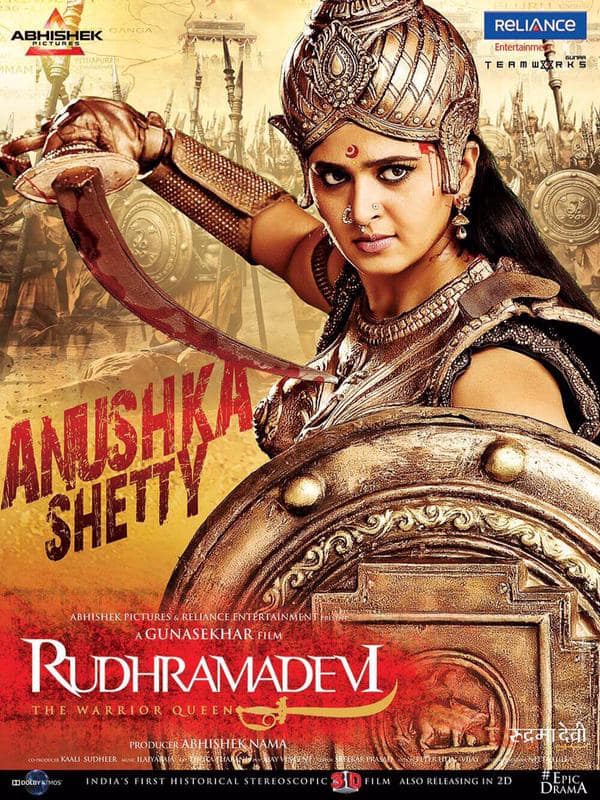 Playing the warrior queen, Anushka, with a crown on her head and sword in her hand, looks mind blowing. 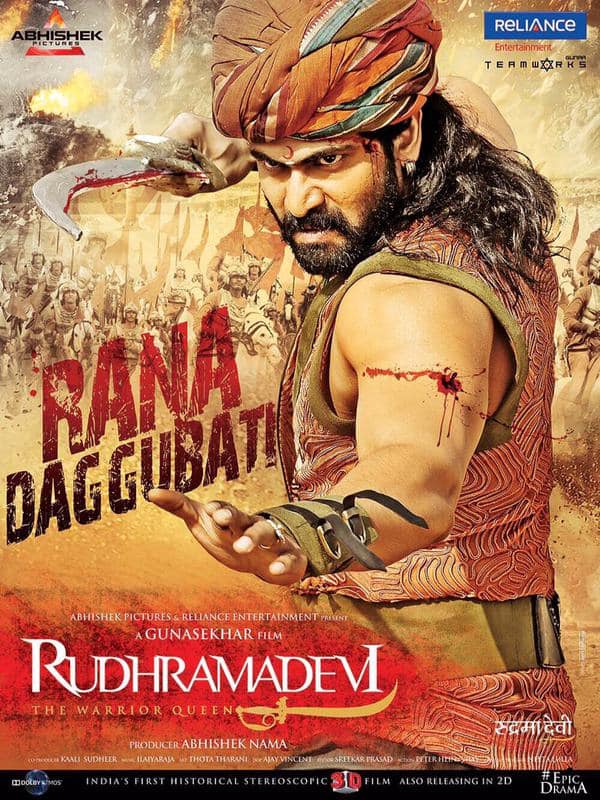 After playing an antagonist in Baahubali, Rana Daggubati plays a positive character in Rudhramadevi. But he still looks dangerous and menacing as the sword wielding giant in this new poster. 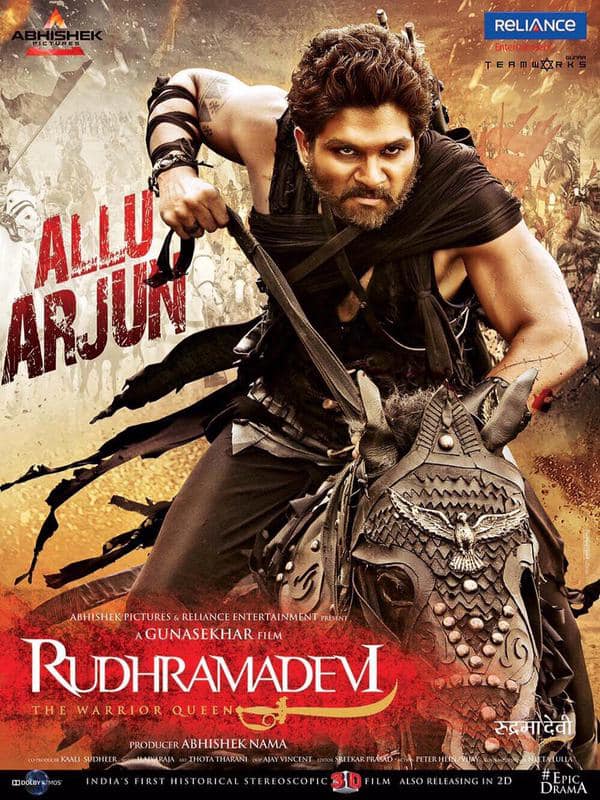 Allu Arjun, riding high on the horse, is looking fantastic as the bearded warrior dressed in all black.

While the posters do look promising, the million dollar question is will Rudhramadevi manage to impress with its visual effects? Can the VFX of Rudhramadevi be on par with Baahubali? We will know for sure when the film comes out.