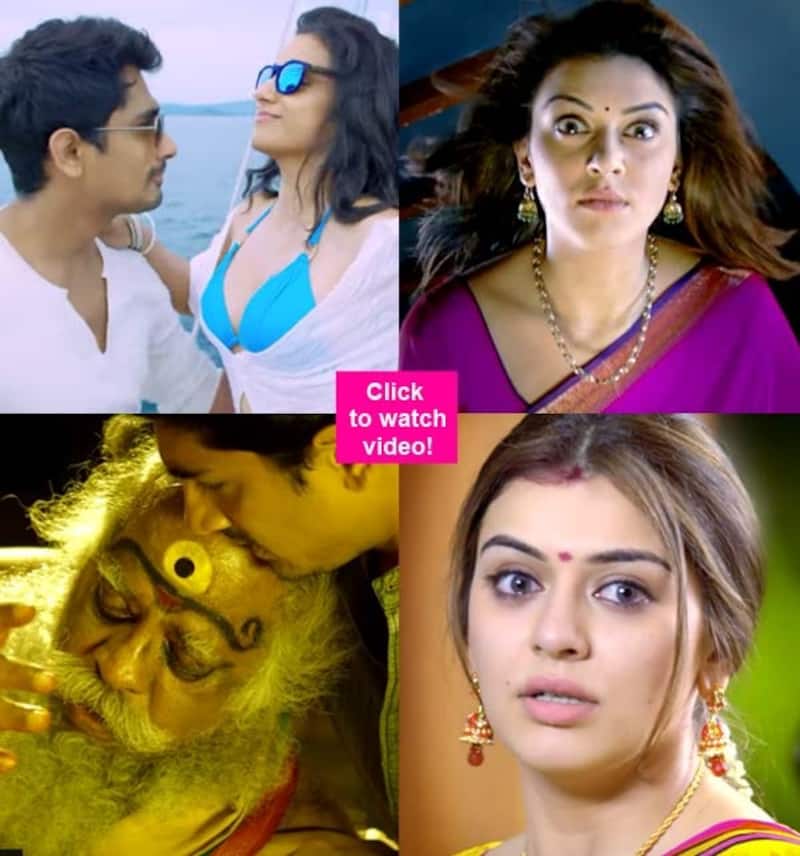 Tamil horror fans may have something to cheer about. The official trailer of Aranmanai 2 has been released. The movie is a sequel to the 2014 hit film Aranmanai which was also a horror flick. The film stars actor Siddharth who has acted in Tamil, Telugu and Hindi movies and is a big name in Kollywood. Hansika Motwani and Trisha Krishnan play the leading ladies. The movie is directed by actor and director Sundar C, who also plays a pivotal role in the movie. Other than the main cast, the supporting cast consists of veteran comedian and actress Kovai Sarala, Soori and Manobala to provide comic relief. The movie is produced by yesteryear actress Khushbu Sundar, wife of director Sundar C. Also Read - Trending South News Today: Naga Chaitanya opens up on life after divorce with Samantha Ruth Prabhu, Liger star Vijay Deverakonda reveals his mom's fears and more

The trailer tries to give off a scary and spooky vibe in which it partly succeeds. It looks like the plot-line will not deviate much from the first film and continue in its horror comedy niche. The setting looks a bit grand, even though the special effects seem a little lackluster at times. Looks like Kollywood actress Laxmi Rai will also be making an appearance. The casting is strong and the trailer looks interesting and visually exciting. Also Read - Samantha Ruth Prabhu-Naga Chaitanya, Hansika Motwani-Simbu and more: 5 ex-couples of Tollywood and their current equation

Overall, the official trailer of Aranmanai 2 will definitely intrigue you even if it may not scare you much. What made Aranamanai such a success was the unique horror comedy combo which it pulled off well. Hopefully, Aranmanai 2 will also be as successful as Aranmanai. Also Read - Maha: Hansika Motwani opens up on sharing screen space with ex Simbu; says, 'He will always be a dear friend' [Exclusive]