Are John Abraham, Alia Bhatt, Ranveer Singh, Sidharth Malhotra trying to tell us something with their T-shirt quotes?

Bollywood celebs like John Abraham, Alia Bhatt, Ranveer Singh, Sidharth Malhotra have been sporting t-shirts with funky quotes. These celebs give these essential tees a twist.Are the quotes a hidden message? are they trying to send some message out?

Writing on the Tee... Interesting!

We love keeping track of our Bollywood celebs, it gives us immense happiness knowing what they are upto and all their details. And that's where our photographers come in. They make sure to capture every glimpse of our celebrities and their styles. And we have noticed a trend. Celebs like John Abraham, Alia Bhatt, Ranveer Singh, Sidharth Malhotra have been sporting t-shirts with interesting quotes. They are spotted from the airport to the gym, outside studios, in the car and many other places flaunting these Tees. T-shirt quotes have been in our list of essentials since a very long time. Pairing up these basics has never been a task. We love these funky quotes on their t-shirts. In fact, many of us even have fancied having one of these. Now we aren't sure the reason behind these actors wearing T-shirts with quotes on them. Do they believe in them or it's just a part of a fashion fad? Well, not aware of that yet but to make you understand what we mean, check out the pictures below. Also Read - Koffee With Karan promo: Deepika Padukone and Alia Bhatt's cute banter on Ranbir Kapoor raises your excitement for the episode - watch video 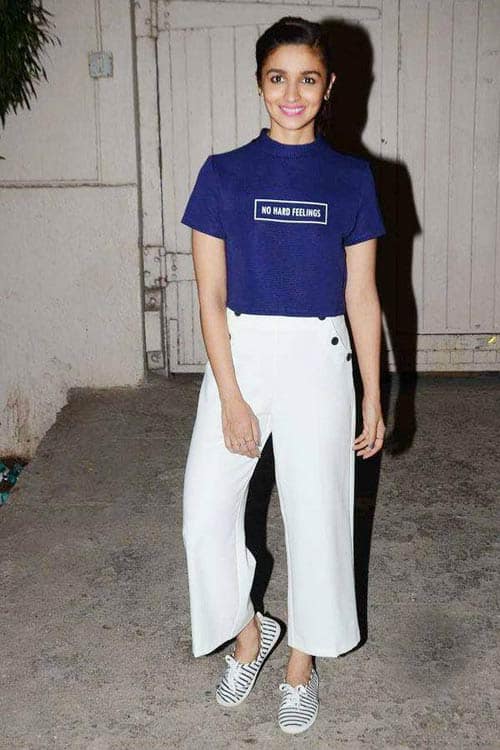 During the promotions of her movie Shaandar, Alia Bhatt was snapped in a tee which said 'No Hard Feelings'. The feeling is mutual Alia! Also Read - Kaam Chalu Bawa! Alia Bhatt and Ranveer Singh are excited as Gully Boy goes on floors - view pics 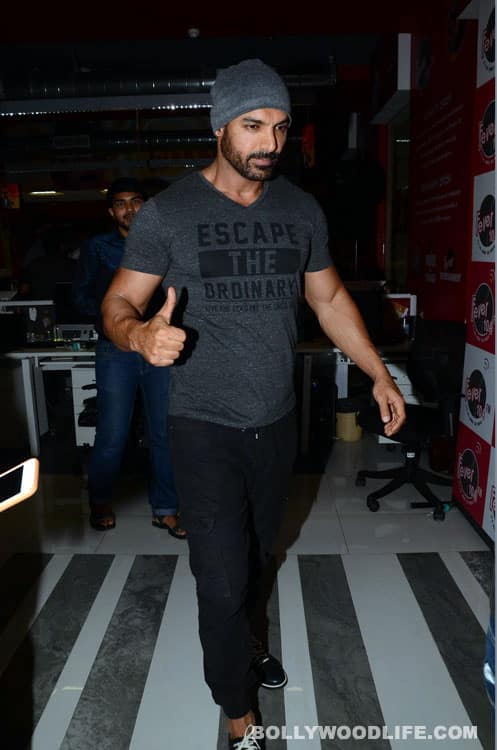 John Abraham was spotted in a charcoal grey t-shirt which said 'Escape the Ordinary' along with a grey beanie during the promotions of his recent movie Dishoom. The film was extraordinary for sure. 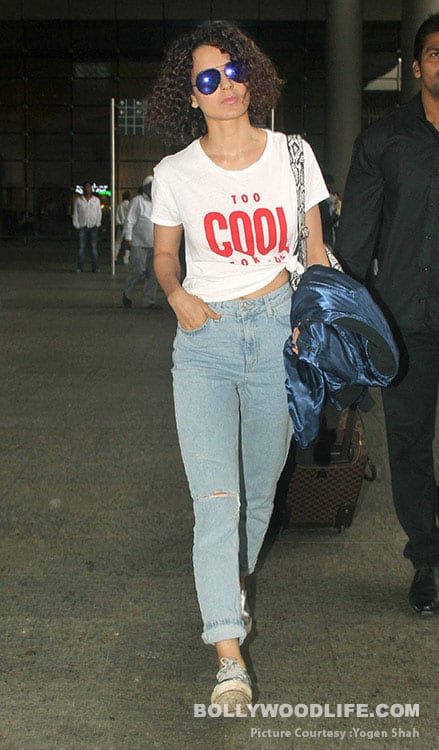 Kangana Ranaut was seen pulling off a white tee which said Too Cool with a knot tied at one corner and paired it with light blue denims and sunglasses. Kangy, you definitely are looking too cool! 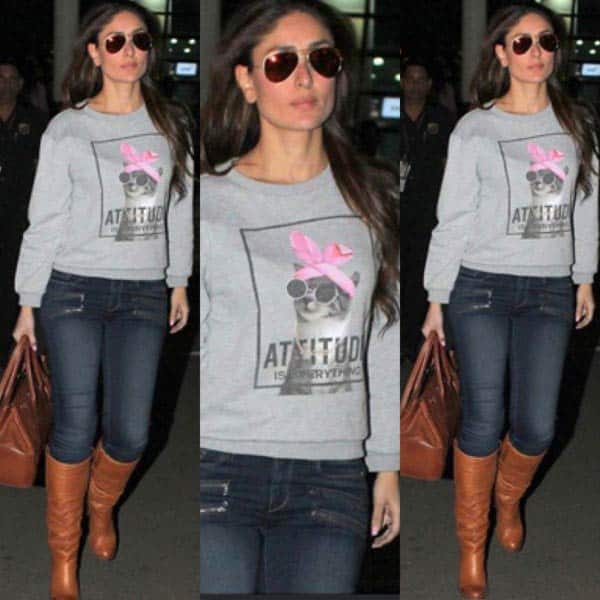 Kareena Kapoor Khan has been spotted at the airport wearing grey t-shirt which says 'Attitude is Everything' and we know this actress has that in dollops. Right people? 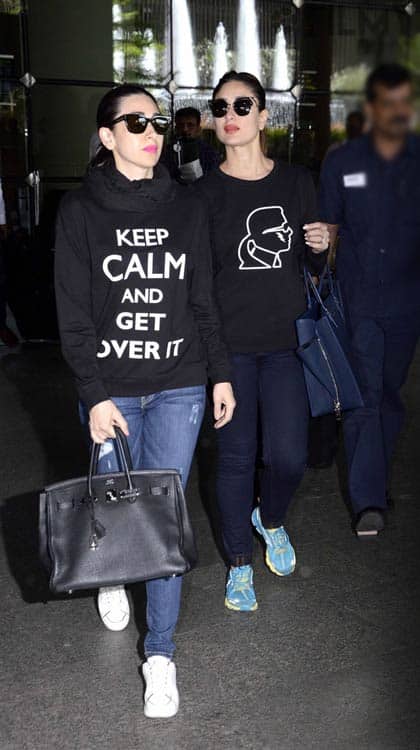 Karishma Kapoor was also spotted with Bebo wearing a black sweatshirt which said 'Keep Calm And Get Over It' Well, divorces are never easy. 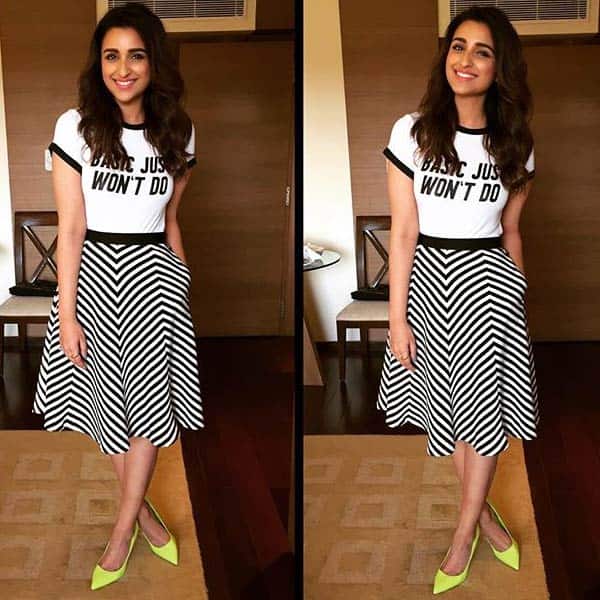 Parineeti Chopra was spotted in Goa wearing a white top with black borders which read 'Basic just won't do'. But then isn't it more important to get the basics right, Pari? 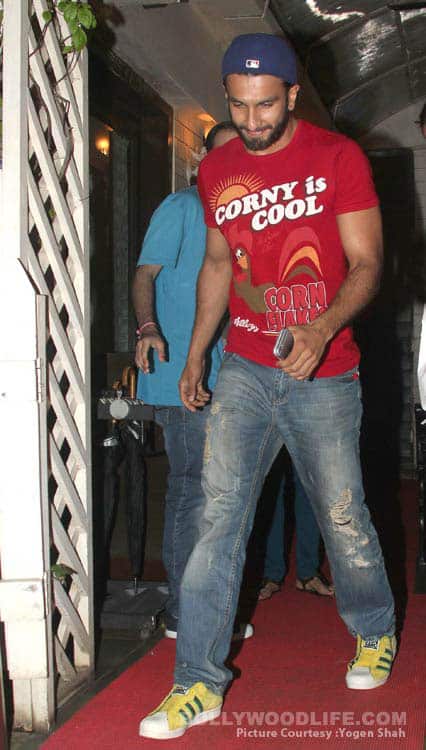 Ranveer Singh is known for his funky clothes with vibrant colors. Here again we spotted Ranveer in a red tee which said 'Corny Is Cool' and we can't stop grinning! 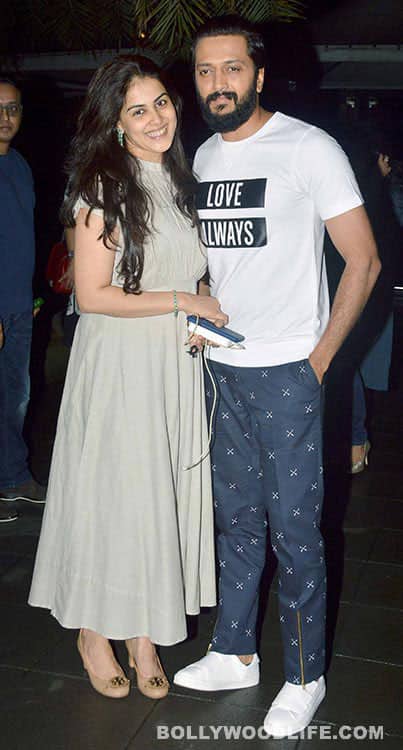 Shraddha Kapoor posted a picture of her on instagram wearing a blue tee which said 'Be a Rebel" She truly is! 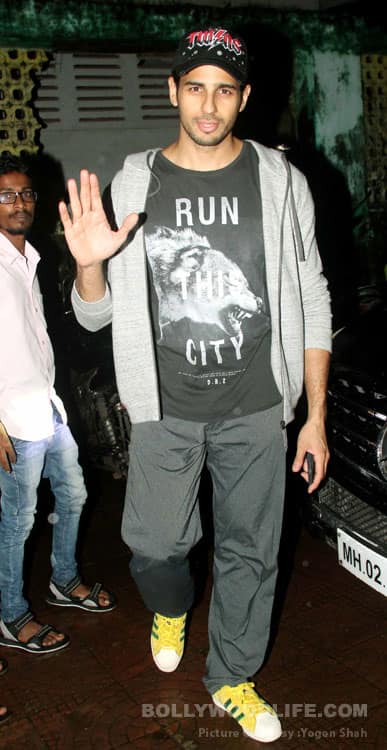 You can tell us Siddhant Malhotra was recently spotted wear a tee which said 'Run This City' with a jacket and track pants in a very casual attire and yellow shoes. Sure why not? We might even vote for you, Sid!

What you think these celebs mean when they wear these Tees with funky writings on them. Do they mean it? or it's just cool to wear?