Arjun Kapoor and Athiya Shetty on this latest mag cover are all about sparkle, shine and all things nice!

Cutting quite a striking picture and dressed to nines, the duo sparks off some seriously stunning vibes.

As is the norm in tinsel town these days, movie releases are meant to invariably coincide with appearing on the covers of some of the leading magazines. Gracing the cover of Vogue for July, actors Arjun Kapoor and Athiya Shetty channel a sparkling vibe with their stunning photoshoot that is indeed a far cry from the regular covers. Millennial style icons, Arjun Kapoor and Athiya Shetty are star kids. Additionally, they are also fabulous co-stars and will set the silver screen alight with their sparkling chemistry in the upcoming laugh riot, Mubarakan, this July. Cutting quite a striking picture and dressed to nines, the duo sparks off some seriously stunning vibes. Also Read - Priyanka Chopra looks bewitching and how as she goes black and white on Vogue Australia Cover - PICS INSIDE

Arjun and Athiya spill the beans on being in the limelight and bust some famed Bollywood myths in this issue that hits the stands on July 1. Magazine photoshoots are replete with all the style works and the fashion maverick responsible for this shoot is the senior fashion editor, Fabio Immediato, and the cover has been brilliantly captured by Thomas Whiteside. Here is all the style dope on the duo’s delightful avatar. Also Read - Priyanka Chopra goes Boho for Vogue cover and confesses having a baby is on her to-do list

Athiya has slipped into sparkling matching separates from Rodarte by Kate and Laura Mulleavy, featuring dramatic puffed sleeves and ruffles and flaunted it well with Cartier hoops. Her makeup and hair game comprised of pink lips, nude eyes, defined eyebrows and accentuated cheekbones, with her hair, open in loose waves. Meanwhile, Arjun has donned a classic Burberry suit and flaunts well-groomed hair and a sleek beard. 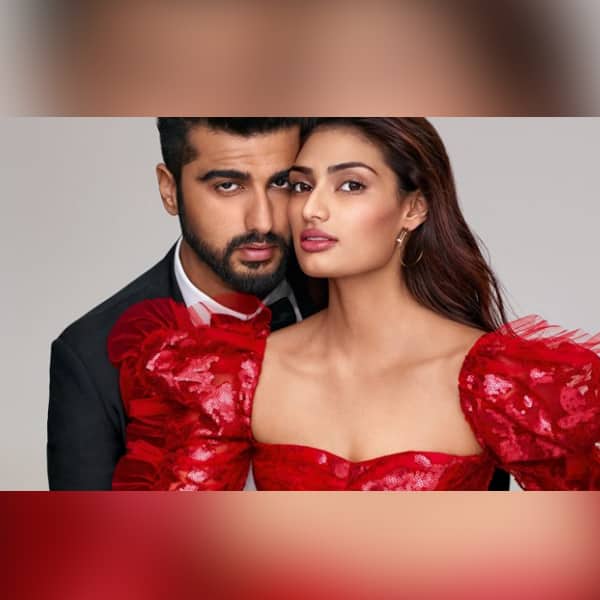 Easy on the eyes, despite being in sparkly separates, Athiya Shetty’s hair and makeup are certainly on point courtesy makeup artist Polly Osmond and hair stylist Olivier Schawalder. Arjun, too, adds a subtle charm to the picture with his dapper demeanour and a look that’s certain to make his female fans go weak in the knees.

Doling out a demure-yet-classic picture with Arjun in a suit and Athiya in a shiny red ensemble, this edition is certainly worth grabbing, not just for its visual appeal but also for those candid Bollywood disclosures. Mubarakan, which also stars Anil Kapoor and Ileana D’Cruz in pivotal roles, is slated to release on July 28.