The party, that was in all probabilities, a brunch, was a well-attended affair

A Bollywood party was held at Korner House yesterday and saw many in attendance. However, what caught our attention was that Malaika Arora Khan and Arjun Kapoor both attended the party. Also Read - Arjun Kapoor REVEALS what kind of equation he shared with Janhvi Kapoor before and after Sridevi's death

Now, if you follow the grapevine, you would be well aware of the fact that Arjun was speculated to be the reason behind Malaika's separation from husband, Arbaaz Khan. It was rumoured that Arjun was spotted visiting Malaika quite a few times at her Tuscany Heights apartment, where she lived with her son, Arhaan, post separating from Arbaaz. However, it was great to see the two throw caution to the wind and come party together. Also Read - Malaika Arora leaves us ABSOLUTELY awestruck as she redefines smokin' hot in her latest photoshoot — view pics

The party, that was in all probabilities, a brunch, was a well-attended affair. Apart from Arjun and Malaika, celebs like Kim Sharma, Aditi Govitrikar, Mini Mathur and Sussanne Khan were also spotted. The vibe of the party was summer chic and everyone was dressed accordingly. Also Read - Shanaya Kapoor's luxurious home in Mumbai is no less than a princess' royal castle from a fairy tale – view inside pics

Arjun Kapoor kept it casual in denims and a T-shirt in shades of blue. His glares added a starry touch to the otherwise practical outfit.

Aditi Govitrikar chose a peach coloured dress that was oh-so-summery! Kim Sharma, too, kept it cool in a white dress with geometric patterns. Sussanne Khan's slit denim skirt was reminiscent of the past decade but it somehow went well with the theme. Mini Mathur opted for a maxi summer dress that looked uber comfortable and very chic.

However, we have saved the best for the last. And we are indeed talking about Malaika Arora Khan. She was a vision in the layered skirt and cropped top combo that she sported. Her sass added the extra bit of glamour to the outfit. And those shades just rounded off her look.

Check out the pictures from the party right here... 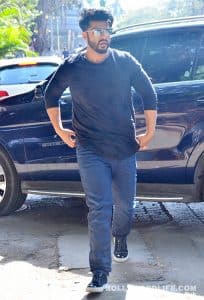 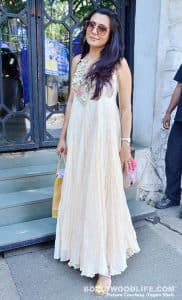 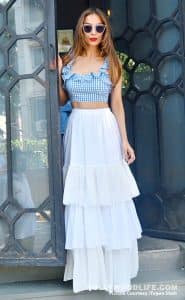 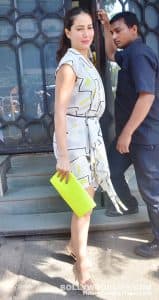 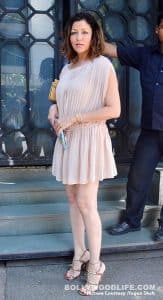 So, who do you think was the best dressed of them all? Tell us your opinion in the comments section below...