Arjun Kapoor calls out media house for comparing Malaika Arora's income with his; says, 'It's sad and shameful to read a daft headline like this in 2021'

Arjun Kapoor and Malaika Arora do not fail to give us couple goals. The two have been open about their relationship since 2019. The two are perfect partners and have battled a lot of negativity together. A media portal did a story on the assets owned by Malaika Arora over the years. They said it was estimated at around Rs 100 crore while that of her partner, Arjun Kapoor was 88 crores. Reading this, Arjun Kapoor felt a bit offended and thought it was uncalled for. He wrote on his Insta stories, "It’s sad & shameful to read a daft headline like this is 2021. Of course, she earns well & has worked for so many years to be in a place not be compared to anyone let alone me." Also Read - Malaika Arora's glam look in a magenta jumpsuit spells chic and sass — view pics 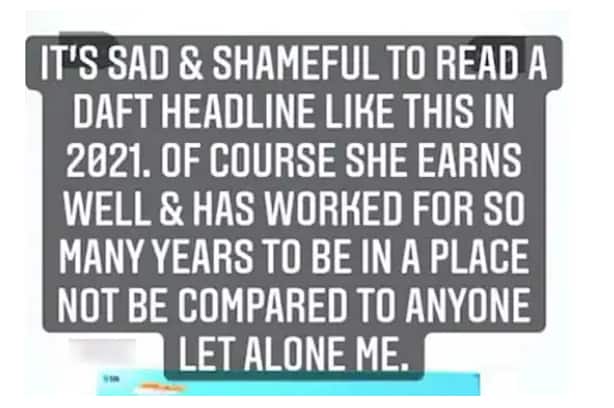 We can understand that Malaika Arora has built her career over three decades. She was a successful VJ and model. Post that, she has had a long career on TV as a reality show judge. Besides, she has her fashion label and yoga institute as well. All this has contributed to her financial assets. Malaika Arora and Arjun Kapoor have been dating since 2016. However, they kept things low for a long time. The hunk also dated Salman Khan's sister Arpita Khan for many years. Also Read - 7 rollicking affairs of Bollywood celebs that once made headlines but are now forgotten

Malaika Arora has spoken about how she has been honest about her life all through. She said that she got the support from her close ones as she decided to end her marriage. It seems her son Arhaan is also supportive of her relationship with Arjun Kapoor. The two have said that marriage is not on their minds right now.