Arjun Kapoor - Malaika Arora, Varun Dhawan - Natasha, Farhan Akhtar - Shibani Dandekar: With speculations of them marrying in 2019 gaining momentum, this is what they said to clarify the rumours

The year 2018 was loaded with weddings. Now, all eyes are on the big nuptials of this year. There are enough couples in the pipeline. The most talked about one is surely Arjun Kapoor and Malaika Arora. The were supposed to be hitched in April but that did not happen. Arjun and Malaika have dismissed talks about their wedding. Varun Dhawan and Natasha Dalal's families also want them to get hitched soon. Here is a look at what they said about the speculations of them settling down in marital bliss... Also Read - WTF Wednesday: From Malaika Arora-Arjun Kapoor’s age difference to Deepika Padukone-Ranveer Singh holding hands – 5 times celebs were trolled for weird reasons

Arjun Kapoor - Malaika Arora
It seems they always got along quite well but rumours of their blooming affair began after he was seen outside her residence post her divorce. The two had been snapped together at events but were careful before the media. Arjun Kapoor was earlier rumoured to be dating Sonakshi Sinha and Athiya Shetty. In Sona's case, they apparently broke off due to contrasting personalities and denied seeing Athiya who is Anshula's good friend. Since 2018, Malaika and Arjun have been more carefree about their friendship. She says he is a special friend while Arjun has confirmed that he is in a relationship. Talking about marriage, Arjun Kapoor told DNA After Hrs about his rumoured nuptials, "No, I am not. I’m 33 and you have to take my word when I say, I’m in no hurry to get married. You tell me! The subject of my wedding is not something that I would like to talk about. Frankly, if I was tying the knot, people would know about it. Today, nothing stays or needs to be hidden beyond a point." He did admit that Malaika Arora is special but stated that he did make a commitment like marriage when he is ready. Addressing the speculation, he told the paper, "Speculation is harmless. But I admit, I don’t like to respond to it all the time. Also, it gets tiring for the people involved to constantly react. There has been so much gossip on this subject that even the people who earlier tended to believe it are no longer doing so. I don’t have anything against anyone." Of late, the two went to the Maldives for a trip. Malaika said in an interview to Anupama Chopra on Film Companion, "Oh God! No No. It's all media made." She was referring to the marriage rumours!

Arjun Kapoor on rumours about wedding with Malaika Arora: I'm in no hurry to get married 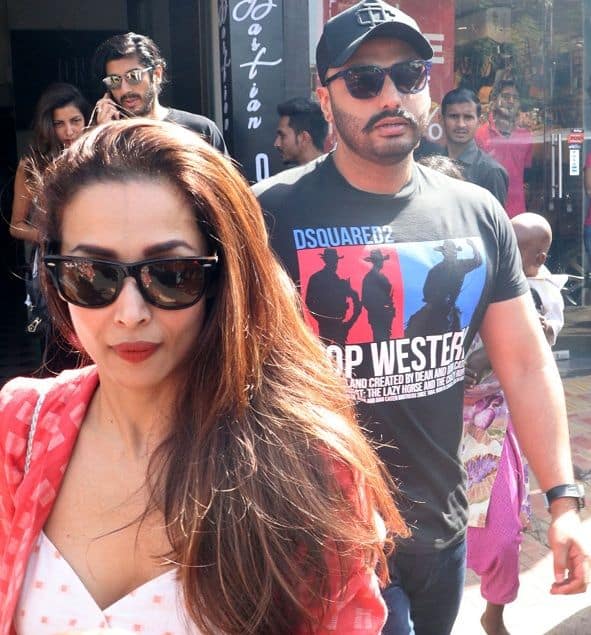 Varun Dhawan - Natasha Dalal
Varun Dhawan and Natasha Dalal have been dating since a long time but the young superstar always kept his personal life away from the public glare. He believed that too much exposure on one's personal life took the focus away from work and celebs ran the risk of being in the gossip items. However, we did see them dining out quite often. But of late, they have been spotted at marriages and receptions of colleagues. There is talk that the Dhawan household is very keen to see them married this year. He told Filmfare, "It’s not going to happen this year. I’m not saying I won’t get married but it’s not this soon. If I’m doing all these movies, I need to find the right time for that."

Farhan Akhtar - Shibani Dandekar
On the show Tape Cast, Farhan said, "I don't know it maybe April or April may be May." He confirmed that they are dating since a year though. In between, rumours of family members being upset with his PDA surfaced in the media.

Let us know which duo do you feel will tie the knot, the fastest through your comments. Stay tuned to BL for more scoops and updates!