Arjun Kapoor pens emotional note for this mother as he completes nine years; says, 'I'm still lost without you' 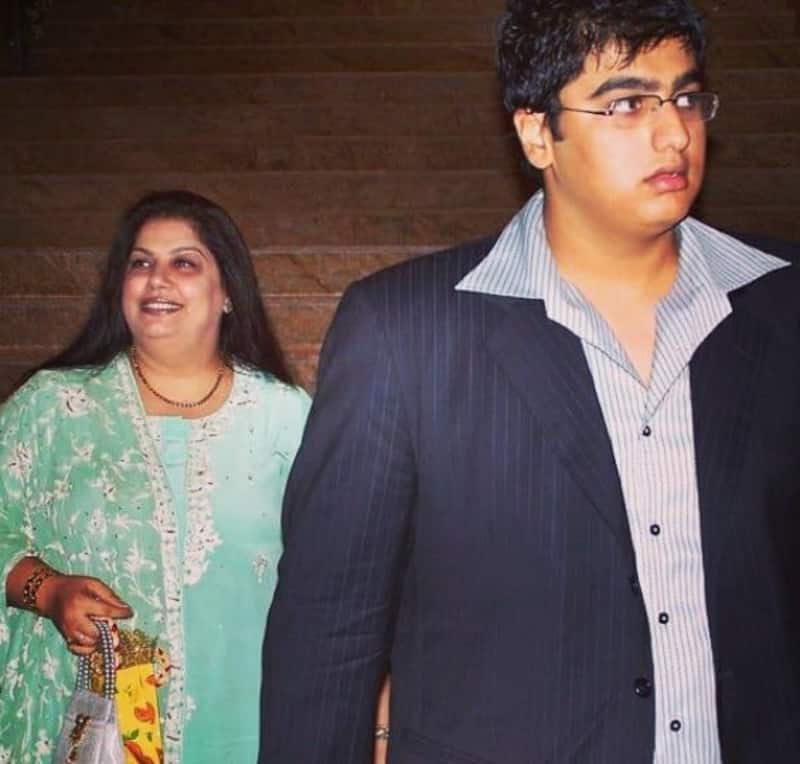 Arjun Kapoor completed nine years in Bollywood yesterday. His Bollywood anniversary also coincided with Mother's Day. As we know, Arjun Kapoor's mom Mona Kapoor died on March 25, 2012 in Hyderabad because of cancer. The actor was very close to his mom and misses her deeply. He posted a picture with her with a caption, "Yesterday was Mother’s Day I hated every bit of it.... Tomorrow is 9 years of me being an actor but I’m still lost without you Mom. Just like in this picture I hope ur smiling watching over me and u got my back..." His mom, Mona Kapoor was Boney Kapoor's first wife. Also Read - Aap Jaisa Koi song: Malaika Arora is hotness personified in sheer shimmery gown; BTS video will leave you drooling [WATCH]

In the picture, we can see Arjun Kapoor from his younger days when he was quite overweight. He has said that he was 150 kgs at one point of time. Arjun Kapoor said that he developed asthma due to it. It seems he started looking at food for comfort after his parents split up. He said, " I started eating and then I really enjoyed eating, and fast food culture came into India at that point of time and fast food is ‘fast food’, so you can go after school and keep eating." Also Read - Malaika Arora flaunts her toned legs in bright red thigh-high slit dress; you'll be left captivated by her beauty [View Pics]

Ishaqzaade had released on May 11, 2012. Arjun Kapoor was shattered as his mom did not survive to see her son on the big screen. He has said that it is the biggest regret of his life. Mona Kapoor was a successful producer, entrepreneur and businesswoman. All the ventures undertaken by her have been successful. The actor is making news for his relationship with Malaika Arora. He seems to be in the happiest phase of his life. On the professional front, his movie Sardar Ka Grandson is going to release on Netflix. It also stars Neena Gupta. Also Read - Malaika Arora flaunts her super toned body in a shiny sports bra and tracks; leaves fans gasping for breath [View Pics]