Arjun Kapoor's sister Anshula Kapoor, stunned everyone with her epic body transformation, shared a video wherein she was seen pulling out her bra and tossing it away after home coming home post Sunday brunch. 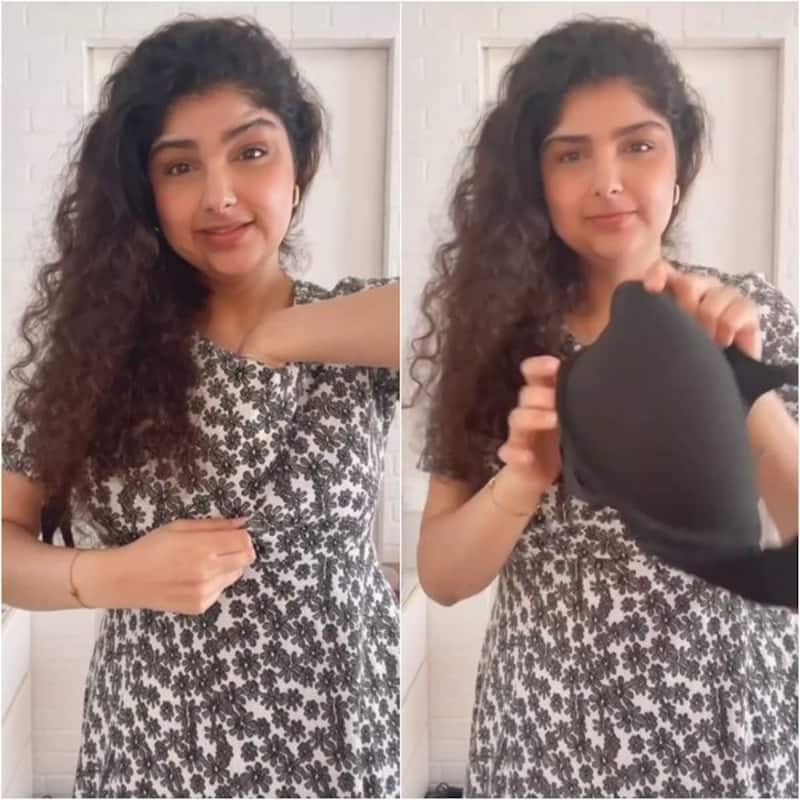 A couple of months ago, Arjun Kapoor's sister Anshula Kapoor had stunned everyone with her epic body transformation. She has now joined the 'No Bra Club' after she came home after having a Sunday brunch with her friends. She posted a video wherein she was seen pulling out her bra and tossing it away. "The best part about coming home from Sunday brunch!" she wrote. Also Read - Malaika Arora sets the internet on fire in a plunging neckline, high-slit gown; netizens say, 'Damn it's hot' [View Pics]

Many of her female fans resonated with her feeling in the comment section. "Seriously! Best feeling ever!" one wrote, followed by another user who commented, "During the pandemic every day was Sunday." Another user said, "Love the feeling of just tossing it away. Sigh!" followed by another one who wrote, "Very very very important! Can’t just deal with the sweat!" Also Read - Ek Villain Returns Box Office: Arjun Kapoor's film is a success, the actor beats Ranveer Singh, Ayushmann Khurrana, John Abraham

In March, Anshula had opened up about her 2-year-long struggle to realise that her self-worth isn't tied to the shape of her body. Penning an appreciation note to herself, Anshula shared a picture of herself wearing gym clothes and said, "It’s been a 2 year long journey, and I’m still a work in progress. It’s taken me almost as long to realize that my self worth isn’t tied to the shape of my body, and that constantly belittling or criticizing my imperfections & flaws isn’t doing me any good - regardless of whether that flaw is emotional or physical. I’m still learning to love the perfectly imperfect me that I’m discovering and leaning into, because life is too short to live it thinking you’re unworthy or unlovable. I am flawed, and still worthy." Also Read - Ek Villain Returns box office collection: John Abraham, Disha Patani, Arjun Kapoor's film surprises, beats Kartik Aaryan's Bhool Bhulaiyaa 2 in overseas markets

Not long ago, it was reported that Boney Kapoor is keen to see daughter Anshula make an entry into Bollywood, like his other three children Arjun Kapoor, Janhvi Kapoor and Khushi Kapoor. It seems he has seen Anshula in her school plays and feels she has the acting talent to make it in Bollywood. The extended family already has actors and producers like Anil Kapoor, Sanjay Kapoor, Sonam Kapoor, Harshvarrdhan Kapoor and Rhea Kapoor. However, there was no official statement from Boney or Anshula on the same.