Netizens were irked by Arshad Warsi's insensitivity to the situation and slammed him for his humour on the ongoing Russia-Ukraine crisis. 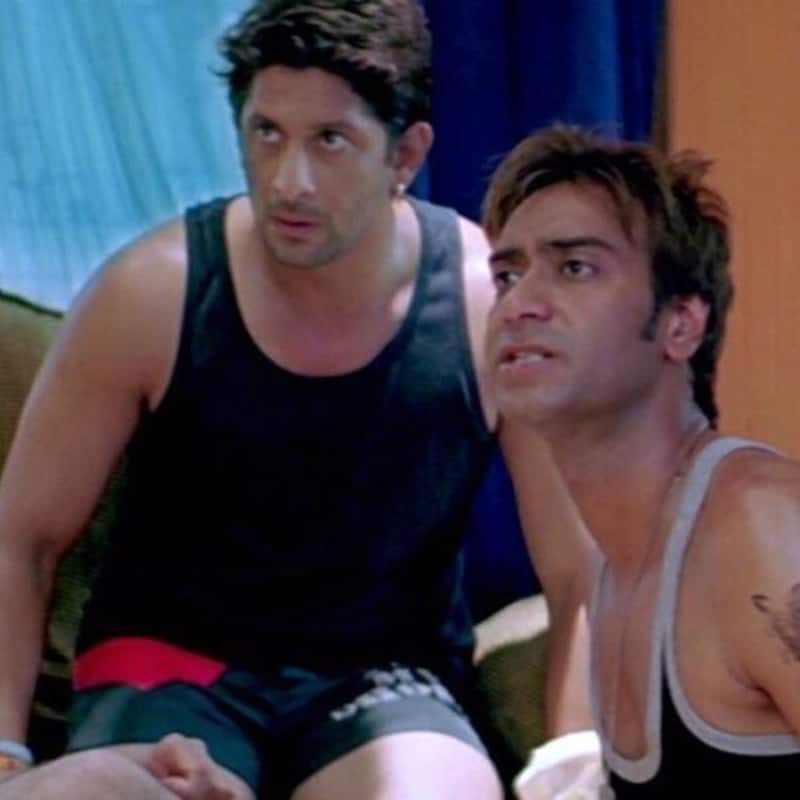 Arshad Warsi recently tweeted a Golmaal meme to explain the ongoing Russia-Ukraine crisis. "Self-explanatory… Golmaal was way ahead of its time," he wrote while sharing a scene from his film Golmaal: Fun Unlimited featuring Ajay Devgn, Sharman Joshi, Tusshar Kapoor, Rimi Sen and Mukesh Tiwari. However, netizens were irked by his insensitivity to the situation and slammed him for his humour. Also Read - Arshad Warsi shares a MAJOR spoiler on Munna Bhai 3 and it will leave fans heartbroken

"As much as I respect you as an artist, trying to make fun of a war situation is a little insensitive to my taste, sir,” one Twitter user commented. Another one wrote, "Ukrainian people deserve empathy… Bollywood ki movie ni chal rahi udhar (It’s not a Bollywood film playing out there).” One person said, "I don’t think it’s time for a meme! Lives at stake," while another one wrote, "Bro, keep your war memes in your drafts. Nobody’s laughing.”
After facing a massive backlash, Arshad has now deleted the said tweet featuring the Golmaal meme. Also Read - Modern Love Mumbai web series review: Amazon Prime's anthology is a mixed bag that hits the right heartbeats more than it skips them

On the work front, Arshad will be next seen in Farhad Samji's directorial Bachchhan Paandey which also stars Akshay Kumar, Kriti Sanon, Pankaj Tripathi, Sanjay Mishra and Jacqueline Fernandez. The movie will release in threatres on March 18. He will also be seen in Rohit Shetty's upcoming Golmaal 5. He was last seen in Banda Singh which also stars Meher Vij. Banda Singh is a survival story of a man and his family, set in north India and based on true events. It is helmed by Phullu fame Abhishek Saxena. Also Read - Ranveer Singh reveals what he’s DISCOVERED about Deepika Padukone after marriage; says, 'I'm lucky to...' [Exclusive]

During the lockdown, Arshad had come up with an OTT show called LOL: Hasse Toh Phasse, which was co-hosted by Boman Irani. Boman and Arshad were the referees and kept an eye on the 10 comedians on the show, Sunil Grover, Gaurav Gera, Suresh Menon, Cyrus Broacha, Kusha Kapila, Mallika Dua, Aditi Mittal, Aadar Malik, Ankita Srivastava and Aakash Gupta, who battled it out to be the last one laughing.