Aryan Khan Bail: Smile returns on Shah Rukh Khan's face as he poses with Satish Maneshinde and team; 'We are grateful to the Almighty' - view pics

Aryan Khan Bail: Smile returns on Shah Rukh Khan's face as he poses with Satish Maneshinde and team who say they are thankful to God for the same

Finally, the Bombay High Court has given bail to Aryan Khan. His legal team is looking into the operational procedures before getting out of the Arthur Road Jail. This has come as immense relief for Shah Rukh Khan and wife Gauri. Now, a picture has been sent out from the legal team of Aryan Khan. In tthe picture, we can see Shah Rukh Khan, Satish Maneshinde and his team of lawyers, Pooja Dadlani and a couple of close ones. Advocate Amit Desai is also a part of the pic. After 25 days in jail, Aryan Khan can go home tomorrow. Along with him, Arbaaz Merchant and Munmun Dhamecha have been granted bail too. It is a conditional bail. Also Read - 'Stop it dad!' Arbaaz Merchant facepalms as his father forces him to pose outside NCB office; paps can't stop laughing – watch video

The press note from Maneshinde's office reads, "Aryan Shah Rukh Khan has ultimately been released on bail by the HC. No possession, No Evidence, No Consumption, No Conspiracy, Right from the First Moment when he was detained on 2nd Oct 2021 …. Nor is there anything as of now. We are grateful to Almighty that our prayers were accepted by Mr Justice Nitin Sambre and granted bail to Aryan. Satya Meva Jayate. Satish Maneshinde & The Legal Team of Aryan." Also Read - Shah Rukh Khan to attend Katrina Kaif – Vicky Kaushal’s wedding in Rajasthan? 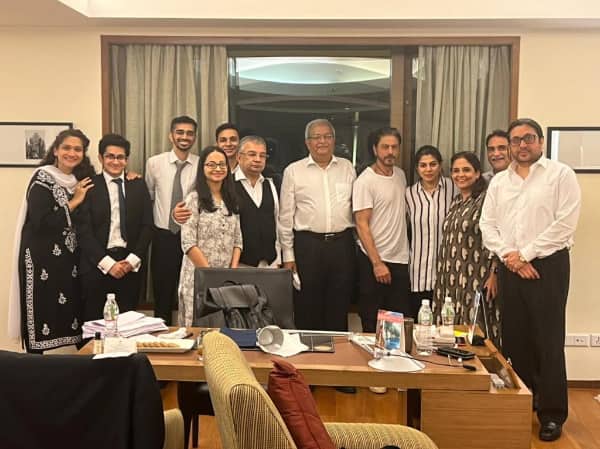 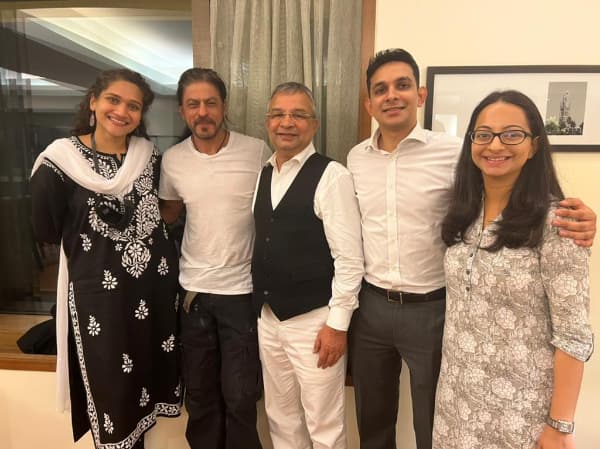 We can also see Pooja Dadlani in the group pic. Superstars like Hrithik Roshan and Salman Khan showed solidarity with Shah Rukh Khan in this testing phase. Aryan Khan's case was fought in the Bombay High Court by the former Additional Solicitor General of India Mukul Rohatgi. He is one who represented the Gujarat Government in the 2002 riots case and Maharashtra Government in Justice Loya matter. Aryan Khan was picked up with the two from the terminal of the Mumbai docks on October 2, 2o21. His friend Arbaaz was found with possession of a minimal amount of charas for personal consumption. The NCB was represented in court by ASG Anil Singh.