Aryan Khan's birthday: Suhana Khan is all heart for an adorable throwback picture posted by cousin Alia Chhiba ahead of her brother's birthday

Aryan Khan will turn a year older tomorrow. The star kid has had a tumultuous time for of late. He spent 25 days in prison after he was caught by the Narcotics Control Bureau. Aryan Khan got home just before Shah Rukh Khan's birthday and Diwali. The star kid was picked up by the NCB even though no recovery of drug was made from him in person. His close friend Arbaaz Seth Merchant allegedly had a very small amount of ganja (weed) with him. Legal experts said that Aryan Khan's detention and arrest was illegal from the word go. Aryan Khan is now slowly trying to overcome that traumatic experience. His cousins Alia Chhiba and her brother, Arjun shared posts for him ahead of his birthday.

In one of the pictures, we can see Alia Chibba's dad with the kids, Suhana, Arjun, Aryan and Alia. While the girls are busy talking to one another, the boys look straight into the camera. Suhana Khan shared it on her Instagram account. Check out the post here...

Alia's brother Arjun also posted a picture saying that his brother was one of the strongest person he knew. Aryan Khan's arrest led to enough criticism of the Narcotics Control Bureau. 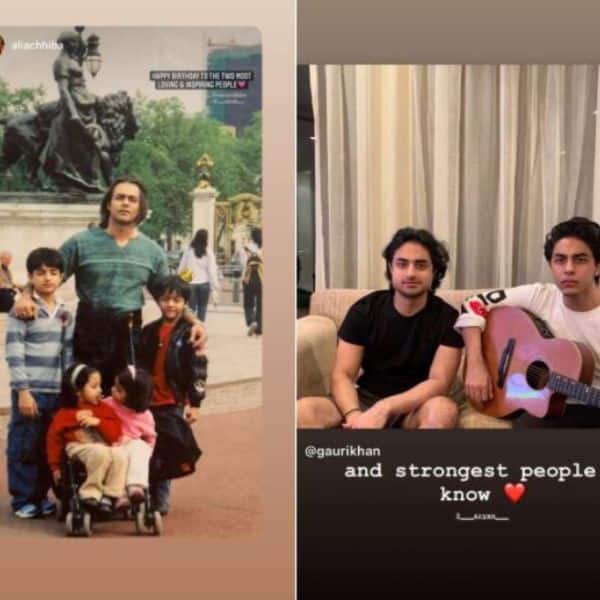 Aryan Khan had plans to head off to the US in November. It seems he had planned a road trip with his friends. His friends do not come from film families they are regular people. It seems Aryan Khan has very few friends in Bollywood. Fans are already sending birthday wishes to the young man. He has to appear before the NCB every Friday and cannot travel abroad as of now. The legal team that represented him was one of the best in the country. Shah Rukh Khan roped in the likes of Mukul Rohatgi, Raian Karanjawala, Satish Maneshinde and Amit Desai for him.