Taking her obsession to Instagram, Pakistani actress Sajal Aly shared one of Aryan Khan's old picture in her stories with a big heart-shaped emoji. She played Shah Rukh Khan's song Hawayein from Jab Harry Met Sejal in the background. 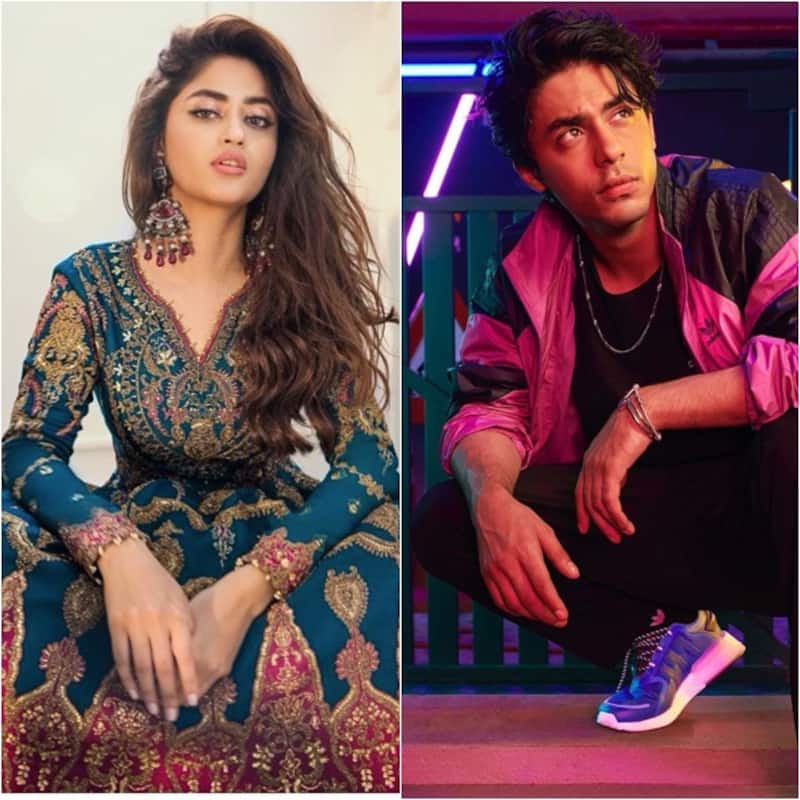 Shah Rukh Khan's son Aryan Khan recently broke his social media hiatus and shared his first post with siblings Suhana Khan and AbRam since his arrest in the 2021 drug bust case. A couple of days ago, he again shared a few stunning pictures from his latest photoshoot. And it seems like Aryan has found a fan in Pakistani actress Sajal Aly who seem to be crushing on the young lad. Also Read - Ekta Kapoor, Aryan Khan, Salman Khan and more celebs who were caught in legal trouble

Taking her obsession to Instagram, Sajal shared one of Aryan's old picture in her stories with a big heart-shaped emoji. She played Hawayein song from Jab Harry Met Sejal featuring Shah Rukh Khan and Anushka Sharma in the background. It seems like Sajal would love to collaborate with Aryan for a project. Also Read - Chunky Panday Pre-Birthday Bash: Salman Khan, Aryan Khan, Karan Johar and more attend the star-studded night [Watch Video] 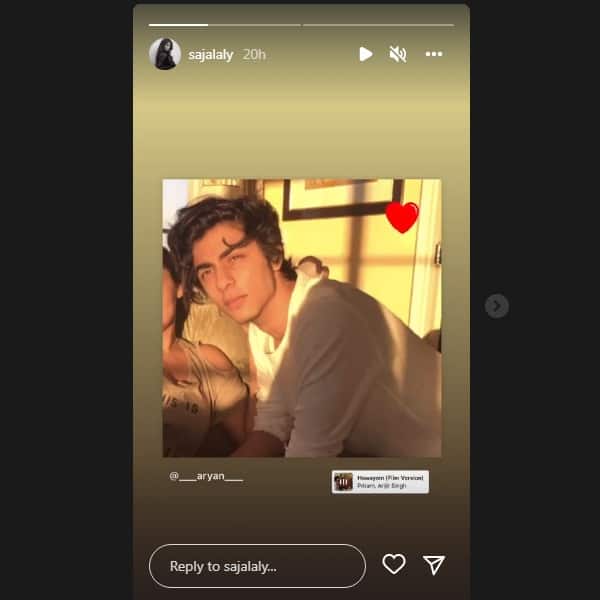 Meanwhile, Aryan took the internet by storm with his new photoshoot. While many people went gaga over his stunning looks that he inherited from his superstar father, proud parents Shah Rukh Khan and Gauri Khan gave loud shout-out to their elder son.

In one picture, Aryan is sporting a grey t-shirt paired with black track pants and a yellow jacket. However, it was Shah Rukh and Aryan's comment exchange that caught the eye of many. "Looking really good!!...and as they say, that whatever is silent in the father....speaks in the son," SRK wrote. He then questioned, "By the way is that grey t-shirt mine!!!"

Aryan replied to his father in the comment section saying, "Your genes and t-shirt haha." His mother Gauri Khan also commented, "My boy... Love love love." She then shared a picture of him on Twitter and captioned it as, "Onwards and upwards... my boy." Aryan's sister Suhana also dropped some starstuck emojis for her brother in the comment section.