Aryan Khan's photo with Navya Naveli is going viral for the WRONG reasons!

Navya and Aryan go to the same school and share a Bollywood background, obviously they were bound to cross paths. This new picture is goofier than the pictures we have seen before.

Read to know why

Everybody tends to care a little less when around friends. Shah Rukh Khan’s son Aryan and Amitabh Bachchan’s granddaughter Navya have known to be close buddies. Time and again their pictures surface online and makes us root for their Bollywood debut. And once again we find ourselves in that zone, as a new pic of the duo has found its place online. Also Read - Bell Bottom, Radhe, Satyameva Jayate 2, ’83 – 15 upcoming Bollywood biggies and their release dates – view pics

Navya and Aryan go to the same school and share a Bollywood background, obviously they were bound to cross paths. This new picture is goofier than the pictures we have seen before. Not only are their shirts scribbled with marker pens but there is this one very interesting nametag on Navya’s neck. It is usually a trend to scribble on your friends’ school uniforms on the last day of school, so we can only speculate that they might have been their the last working day too. And it was celebrated in all its glory. For the sticker with the word Dick on it, we can only assume if it was a name tag Navya picked as she found it funny, or it was someone’s way of calling her rude for fun. And more than the picture the cool ass sticker is winning all the attention. Also Read - Amitabh Bachchan’s Te3n or Irrfan Khan’s Madaari- which gravity defying movie poster INTRIGUED you the most?

Honestly, its just two teenagers having fun on the last day of school. So may be, we can just let them and the sticker be. Also Read - Amitabh Bachchan honoured with Lifetime Achievement Award! 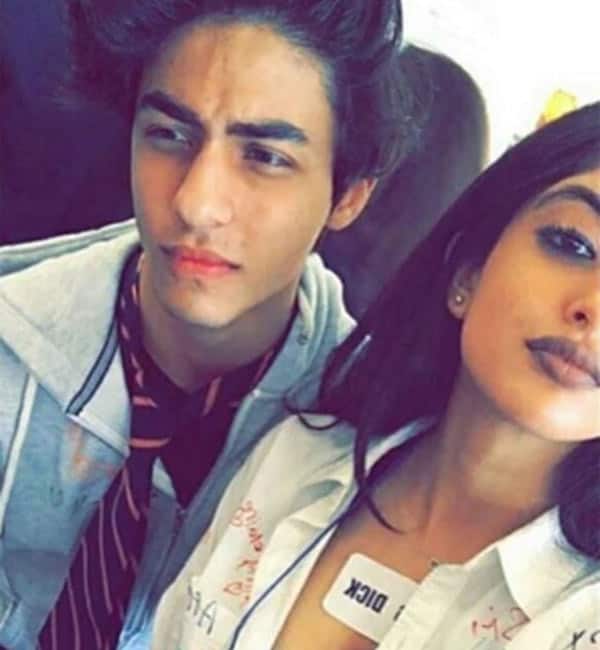