Alia Bhatt missed Karan Johar's birthday bash a miss while Neetu Kapoor was asked about her bahu while she exited the party and the reaction is unmissable! 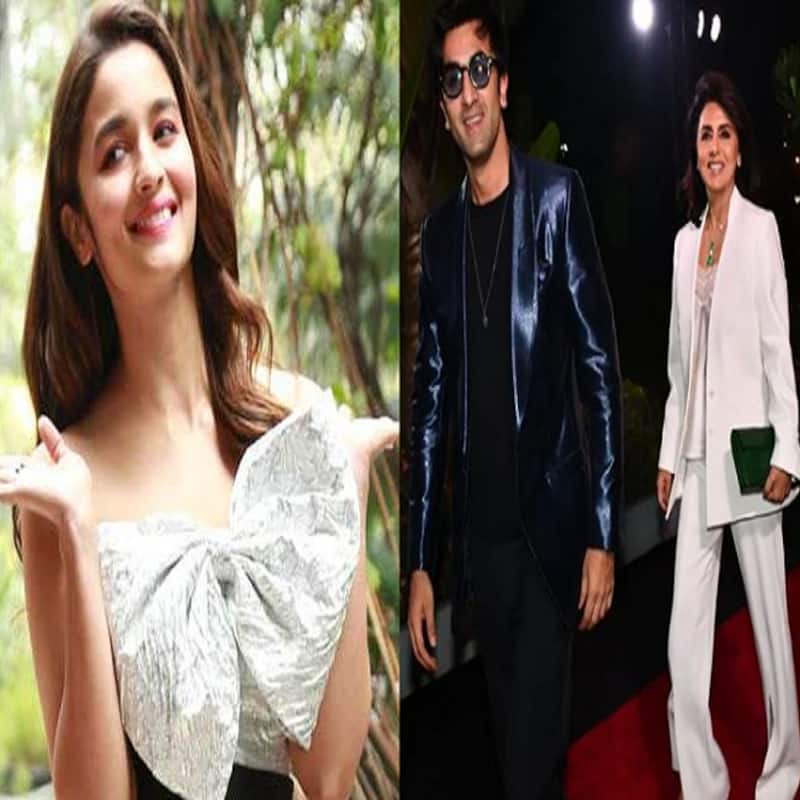 Karan Johar's 50th birth bash was one starry affair and many expected that Ranbir Kapoor and Alia Bhatt will make their first appearance s man and wife after their wedding. However, Alia Bhatt gave a miss to the celebrations due to her being in the UK as she is shooting for her Hollywood debut film Heart Of Stone along with Gal Gadot. Ranbir Kapoor looked dashing as he walked the party with his beautiful and evergreen Neetu Kapoor. The mother-son duo looked stunning together but we missed the Kapoor bahu at the bash. Also Read - Ameesha Patel in a black-mesh bikini is a reminder of how HOT the Gadar 2 beauty will always be [View Pics]

While Neetu Kapoor made an early exit from the sporty, she was as usual got by the paparazzi and they interacted with her, where she was asked about her bahu Alia Bhatt. And her reaction was like' Phir bahu". Later she said, " Abhi bahu bahut kuhsal mangal hai and she is very happy". Indeed she is a sweetheart and this gesture won millions of hearts. Also Read - Imlie: Vaibhavi Kapoor aka Jyoti to quit Fahmaan Khan-Sumbul Touqeer's show?

While she made her presence at the bash along with Ranbir he too promoted his mom's upcoming film Jug Jug Jeeyo with their signature gesture and stole the thunder. Well, he will also be a proud mama's boy!

While Alia Bhatt who gave a miss to her mentor, father and buddy Karan Johar's birthday bash, shared a long emotional post on his birthday. She took to her Instagram and wrote, " to the most generous soul I know! .. to the man who is my father .. my best friend .. and my mentor! (displayed in these pictures respectively)
HAPPY 50TH BIRTHDAY K! I pray and wish for only love peace and joy in your life, you deserve it all and much much more for all the light and goodness you bring into people's lives!!! I love you more than this Instagram post can ever handle".