As Alia Bhatt and Ranbir Kapoor are expecting to welcome their first bundle of joy, an old video of late veteran actor Rishi Kapoor talking about becoming a grandfather to Ranbir's child has surfaced online. 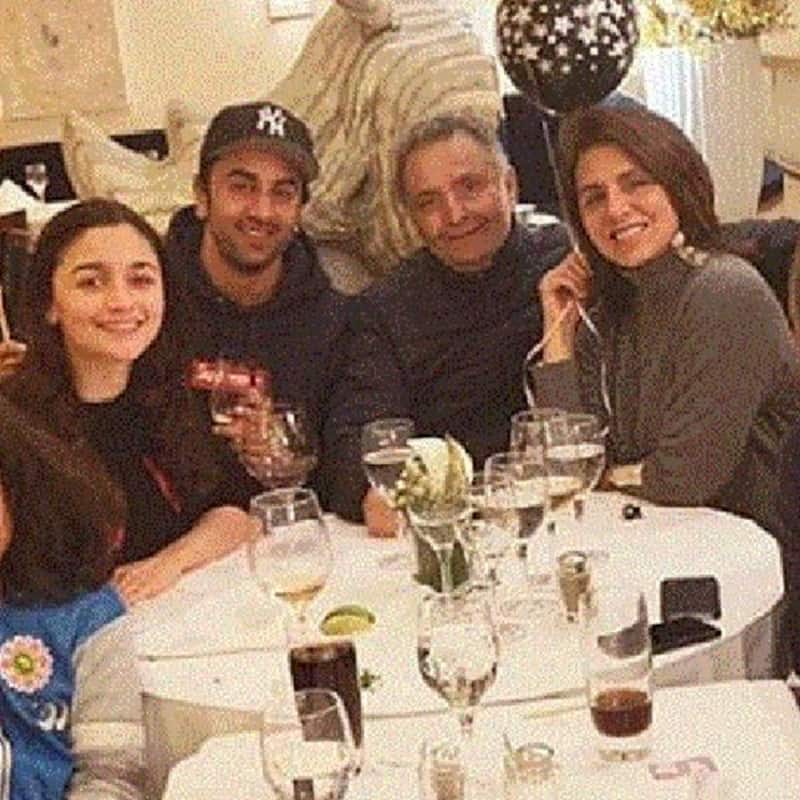 On Monday morning, Alia Bhatt sent her fans into frenzy when she made a surprise pregnancy announcement on Instagram. She shared a picture, where she is seen getting her sonography done while her husband Ranbir Kapoor is seen looking at the baby on the screen. As Alia and Ranbir are expecting to welcome their first bundle of joy, an old video of late veteran actor Rishi Kapoor talking about becoming a grandfather to Ranbir's child has surfaced online. Also Read - Laal Singh Chaddha vs Raksha Bandhan box office collection: Aamir Khan and Akshay Kumar starrers must beat THESE 2022 releases to avoid being the worst flops

In the video, Ranbir can be seen sitting in an interview while the short video clip of Rishi Kapoor is being played on the big screen. The veteran actor can be heard advising Ranbir to take care of his future wife who will become the mother of his child. "You have to live your life and you have to live your life with that person, your soulmate. You have to be very careful because that person is going to be the mother of your children. The child's great grandfather will be Raj Kapoor and my grandson," he said in the video. Also Read - Trending South News Today: Kajal Aggarwal recreates iconic Baahubali scene with son Neil, secret behind Allu Arjun's 'slipper' step in Pushpa's Srivalli revealed and more

rishi sir would be the happiest ?❤ wish he was there...#ranbirkapoor #aliabhatt pic.twitter.com/eKZsBuMYlL

As Alia and Ranbir announced, "Our baby .Coming soon," mother-in-law Neetu Kapoor had the cutest reaction to the pregnancy announcement. When was spotted out and about shooting for her show, the paparazzi congratulated her as she would soon become a dadi (grandmother). Also Read - Koffee With Karan 7: Did Arjun Kapoor just hint at Ranbir Kapoor developing a drinking problem?

Their friends from the industry such as Karan Johar, Parineeti Chopra, Rakul Preet Singh, Priyanka Chopra Jonas, Tiger Shroff and Mouni Roy among many others including Alia's Heart of Stone co-star Gal Gadot took to the comment section to congratulate the couple.

Alia and Ranbir first started dating during the shoot of their upcoming film Brahmstra in 2018. The two currently await the release of the movie, which is directed by Ayan Mukerji. They got married in an intimate wedding on April 14 this year.