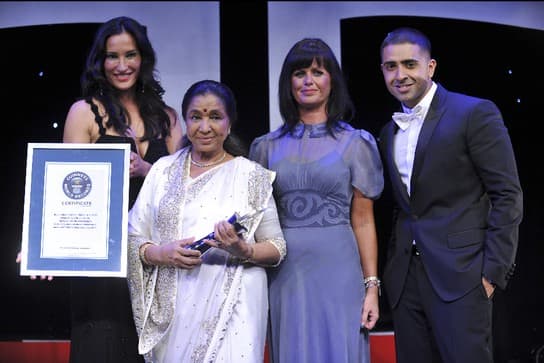 The veteran singer has recorded 11,000 solos, duets and chorus-backed songs in over 20 Indian languages since 1947

Asha also had a message for her fans.“Mein apne chahanewalo ko kehna chahungi ke aapka pyar mere liye issi tarha se barkarar rahein aur jis tarha aapne mere gaano ko pyaar kiya hai usi tarhan meri acting (Hindi film 'Maaee') ko bi aapka pyar aur ashirwad miley (To all those who love me, I would like to say that I hope your love for me remains the way it has always been and just the way you have loved my songs, you will love my Hindi film ‘Maaee’ too)," she said.

Asha will make her big screen acting debut with Maaee, which is complete and ready for release. Directed by Mahesh Kodiyal, the film is co-produced by Subhash Dawar of Alliance Entertainment and Nitin Shankar of Rythm D'vine Entertainment Pvt Ltd. The film also features Padmini Kolhapure as Asha's daughter. It is the story of a woman who goes on to live with her daughter and son-in-law after being abandoned by her only son.