Asin and Sanjay Gupta lock horns over 'Shootout at Wadala' 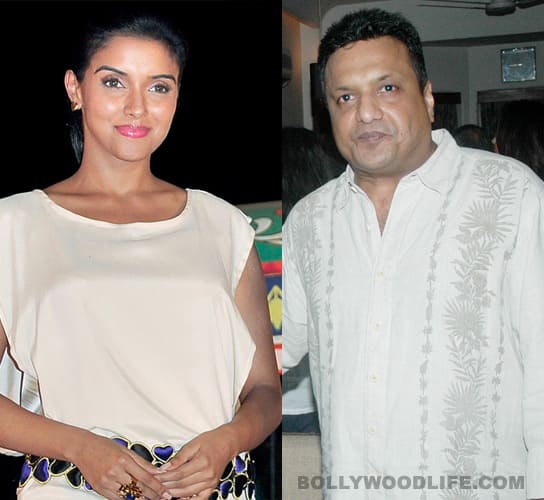 Sanjay Gupta says Asin is delusional and Asin retorts by saying that Sanjay is weird. Who is speaking the truth?

It looks like the controversies surrounding the casting of Shootout at Wadala just won’t end! The latest one is the blame game going on between Asin and Sanjay Gupta. It all began approximately two weeks ago when a new item about Asin turning down the offer to act in Shootout at Wadala citing date issues was published. After this when makers of the movie were quizzed about the names of the actors they had approached for the movie, Sanjay Gupta said, “Asin was never approached. I think either she or her manager is delusional. She was never in the running for my film. We need a powerhouse performer for the film. So once it was clear that Vidya Balan couldn’t do the film, our only choice was Kangana Ranaut, and not Asin.” The Ready star got furious at Sanjay for his curt comments and came out to the media with a totally contrasting story. “I was approached by Swati Shetty of Balaji Motion Pictures, and it is rather weird that he (Sanjay) wasn’t informed about it. I don’t understand why he should lie of be in denial,” she said to a daily. Also Read - WOW! Did you know these 7 actors can fly a plane in real-life?

“Sanjay should get his facts right before talking about it,” she added. Fair enough, lady. While Ektaa Kapoor remains mum over this issue, we wonder what really transpired. It seems like there is some gap between Balaji and Gupta. Was it that Balaji wanted to cast Asin while Gupta was gung-ho about Kangna? Or is it the production house’s way of getting back at Asin for refusing Shootout at Wadala? Can a certain Swati Shetty please comment? Also Read - From Priyanka Chopra to Deepika Padukone – these B-Town beauties received exorbitantly priced engagement rings from their life partners