Atomic Blonde is a treat for action lovers and fans of Charlize Theron. 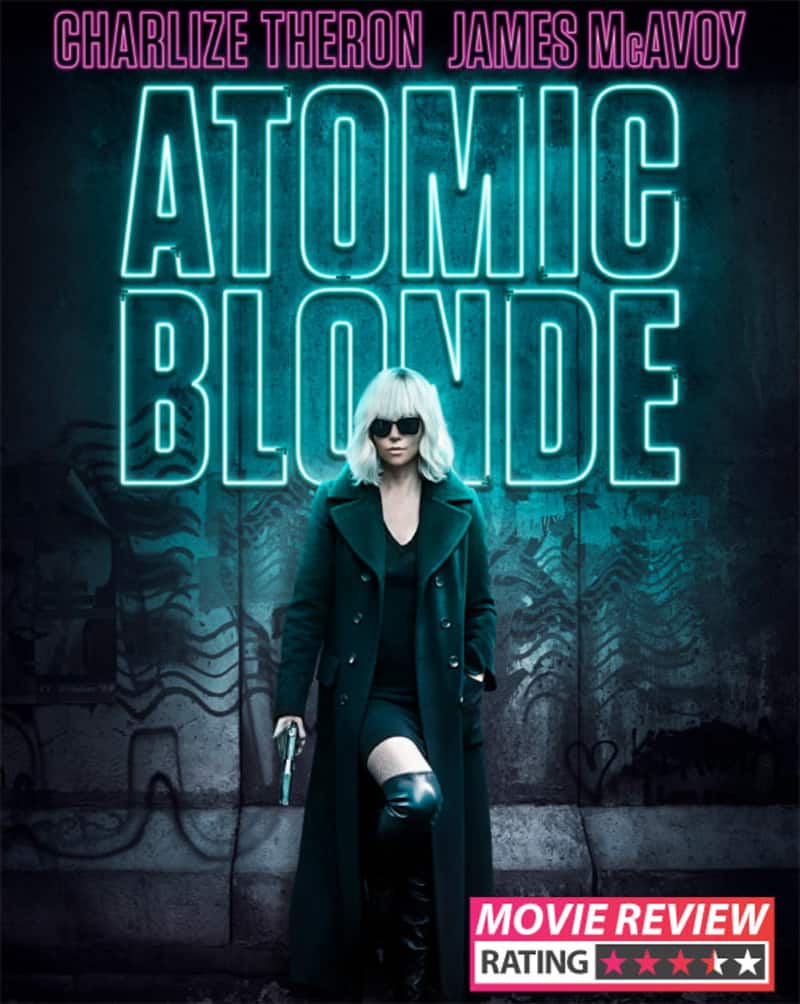 This week’s big Hollywood release is Atomic Blonde, starring Charlize Theron in the lead. An action thriller, set in the ’80s, the movie is directed by David Leitch, who had co-directed the first Jon Wick movie. Atomic Blonde is based on the graphic novel, The Coldest City, and has Theron playing a spy who can take down any number of opponents and can handle bruises with ease. Here’s our review… Also Read - Amber Heard paid less than Jason Mamoa for Aquaman 2? Here are more Hollywood co-stars whose difference in salaries highlights the GLARING pay gap

What’s it about Also Read - What to watch on OTT today: Before Kangana Ranaut's Dhaakad, check out the best female-centric action movies on Netflix, ZEE5 and other platforms

Set during the time when the Berlin Wall was about to collapse, the movie begins with an MI6 agent being killed by a KGB agent, who takes a microfilm from the slain agent that has the details of all other secret agents currently in Russia. The action moves to 10 days later, when another MI6 agent, Lorraine Broughton (Charlize Theron), is brought for a briefing by two of her seniors (Toby Jones and John Goodman), about what happened to her mission to find the micro-film in Germany. From thereon, the movie moves into a flashback mode depicting what happened in Germany in the past ten days from the moment Broughton arrives in Berlin to retrieve the list as well as kill a double agent. She has, for company, an eccentric, double-faced double agent, Percival (James McAvoy) and a Frenchy spy, (Sofia Boutella), with whom she has an affair. What follows next is a series of fantastically edited action scenes, a hell lot of twists and too much retro music. Also Read - Dhaakad teaser: Kangana Ranaut REACTS on being compared to Hollywood actress Charlize Theron in Atomic Blonde

Would I be wrong to say that Charlize Theron is becoming the Vijay Shanti of Hollywood? The Oscar-winning actress continues to carry her fine form from action fare like Mad Max: Fury Road and Fast 8, and is in an absolutely fantastic here. She looks very natural in those actions scenes, kicking the butts of the villains and making a grand show of it, and also delivers brilliantly when she has to put down her opponents verbally. Speaking of action scenes, the movie boasts of some really fine action choreography. something that you expect from the one-half of the directing duo of the first John Wick movie. Slickly edited and imaginatively shot, every fight scene is well done, with the apartment scene being the standout. And they have some gory humour too. The psychedelic colours used and the justice done to the era setting also helps in creating the right mood. James McAvoy provides a perfect foil to Theron’s hard-nosed agent. We know he can do crazy so right having seen movies like Trance and Split, and he brings the same zany energy here as well. The supporting cast is also strong with John Goodman, Eddie Marsan, Bill Skarsgard and Toby Jones doing justice to their small but important roles. Also watch out for the final half an hour that is filled with enough twists and turns that will make your head go dizzy figuring things out.

While I can keeping on raving about the technical aspects of the movie, I have to admit that Atomic Blonde is also riddled with a lot of flaws. For one, it is not as tightly edited as the John Wick movies, despite falling in the same mould. There are a few scenes that get dragged out for too long, and the film certainly needed better pacing and editing. The plot, while being too complicated, offers nothing new to the viewers – chasing after a MacGuffin that is never properly revealed to the viewers is a favourite Hollywood staple. The back and forth between the present and past timelines also becomes jarring, and so does Theron’s frequent ice-baths! However the movie’s biggest blunder is how they have handled Sofia Boutella’s character. A terrific actress with serious action chops, who stood out in movies like Star Trek Beyond and The Mummy, Boutella is reduced to just being a love interest. It also doesn’t help that her love scene with Theron (along with other scenes) has been butchered by our sanskaari Censor Board.

Atomic Blonde is a treat for action lovers and fans of Charlize Theron, who is unbelievably badass while being sexy at it. The movie is not as riveting as the John Wick movies, but it has enough slick action scenes to satiate the action hound in you.