Scarlett Johansson aka Black Widow and Brie Larson aka Captain Marvel sported jewellery inspired from the iconic Infinity gauntlet at the premiere of Avengers: Endgame in Los Angeles

The Avengers arrived in style at the Los Angeles premiere of the much-awaited Avengers: Endgame and our excitement for the Friday release has hit the roof. As the stars sashayed down the purple carpet, amidst crowds of cheering fans, we spotted some nostalgia from Avengers: Infinity. Scarlett Johansson aka Black Widow and Brie Larson aka Captain Marvel sported accessory inspired from the iconic Infinity gauntlet from the previous film. Also Read - Avengers: Endgame actress Gwyneth Paltrow launches £46 LED mirror for the ‘clearest view’ of women’s privates

Scarlett Johansson was a total stunner at the world premiere of Avengers: Endgame. The Black Widow actress turned up in an impressive corset-styled dress with a daring slit. She completed the look with a gold clutch, but we are in awe of the custom hand accessory that Sacarlett sported, which was inspired by the five Infinity stones. Also Read - Avengers: Endgame actress Gwyneth Paltrow reveals the interesting backstory behind her best-selling candle brand ‘This Smells Like My Vag*na’ – watch video 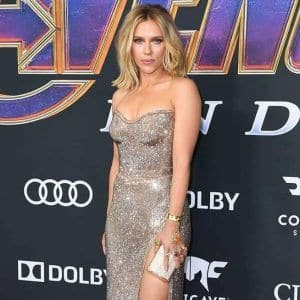 Brie Larson made heads turn in a custom-made lilac silk gown with a plunging neckline and a thigh-high slit. Brie’s flaw-less look was fashioned with gauntlet-inspired jewellery which included rings, earnings and a wristlet.

Going by the pictures, the fandom at the premiere seems maddening. Gear up for the Marvel euphoria in India, as Avenger: Endgame arrives in theatres on Friday.