Shubh Mangal Saavdhan is the official remake of Tamil rom-com, Kalyana Samayal Saadham, and is directed by RS Prasanna, who also helmed the original movie. The film is scheduled to release on September 1.

Ayushmann Khurrana and Bhumi Pednekar's cute chemistry was the highlight at the trailer launch of Shubh Mangal Saavdhan. The trailer was launched in Mumbai today and Bhumi, Ayushmann along with the entire team of Shubh Mangal Saavdhan, were present to grace the event. Never did we think that Bhumi and Ayushmann would make such a wonderful pair on screen. We saw them in Dum Laga Ke Haisha last but in that film they didn't complement each other as much as they complement each other in this movie. Not only do they share an interesting chemistry on screen but off screen too, Bhumi and Ayushmann's camaraderie is something to watch out for. Without any second thoughts, we must say we found them damn cute in the trailer of the film. But they were even more cute off screen, at the trailer launch event. These five pictures prove that Bhumi Pednekar and Ayushmann Khurrana share a rather splendid chemistry. Check 'em out! (ALSO READ: Ayushmann Khurrana and Bhumi Pednekar starrer Shubh Mangal Saavdhan deals with issue of erectile dysfunction, says Aanand L Rai) Also Read - Pathaan actress Deepika Padukone, Janhvi Kapoor and more Bollywood divas flaunt their enviable midriff 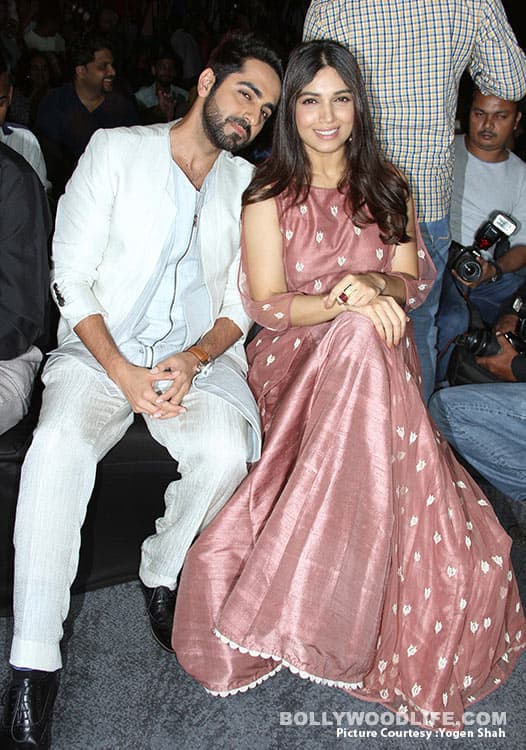 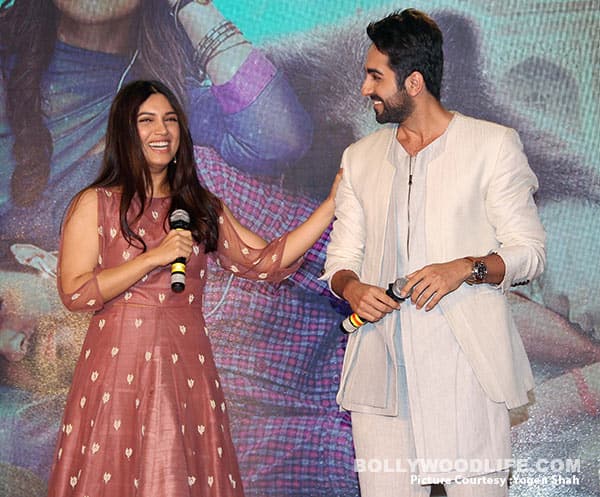 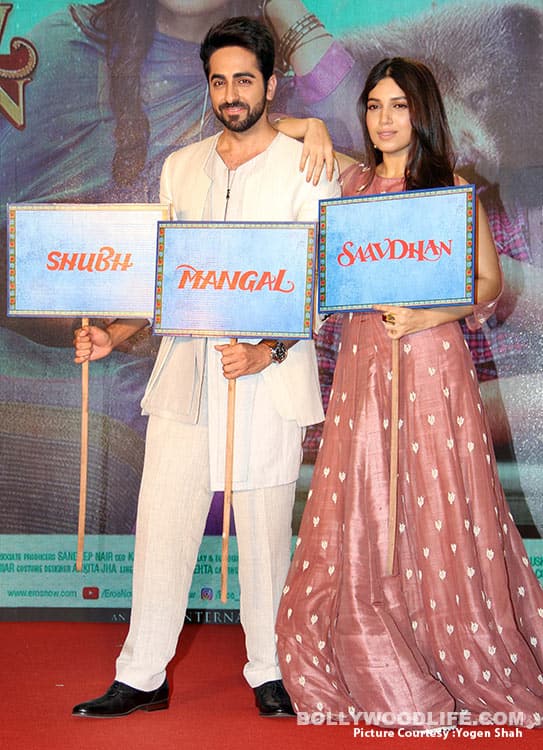 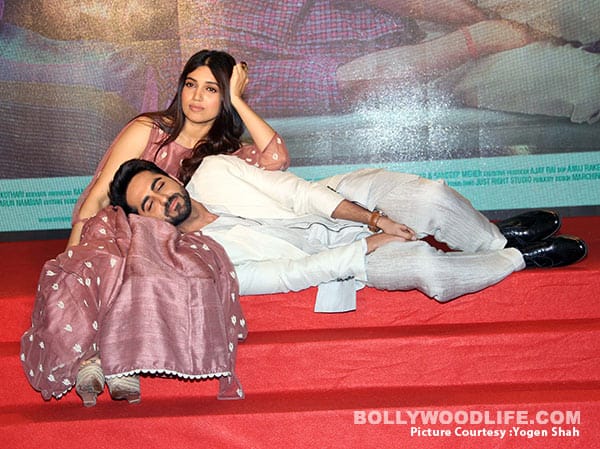 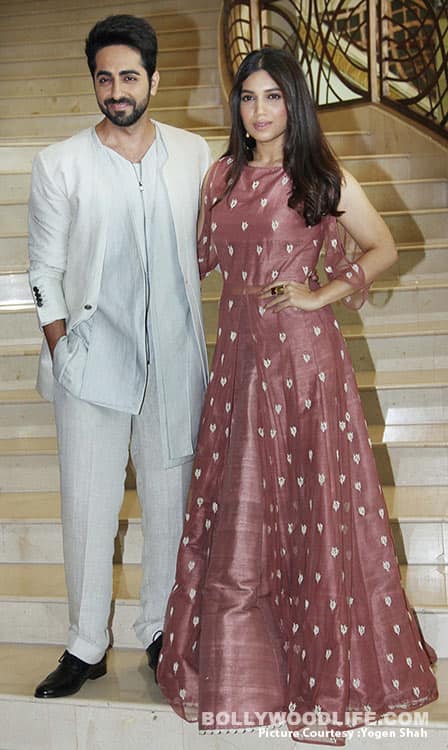 Talking about the trailer of their upcoming movie, Shubh Mangal Saavdhan, the trailer's got a great response. Ayushmann has always chosen scripts that are very 'hatke be it Vicky Donor or Nautanki Sala. Shubh Mangal Saavdhan is no exception. He plays Mudit, who suffers from erectile dysfunction. "There will definitely be an age group (for the film). There is nothing double meaning in it. It has been treated very carefully. Our team was very conscious that an entire family should be comfortable watching the movie," says Aanand L Rai, who has produced the movie. Also Read - Kangana Ranaut calls film industry crass and crude: Times she targetted Bollywood A-listers 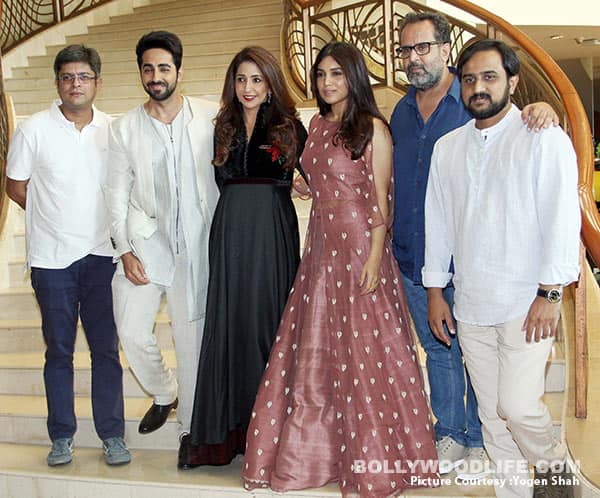 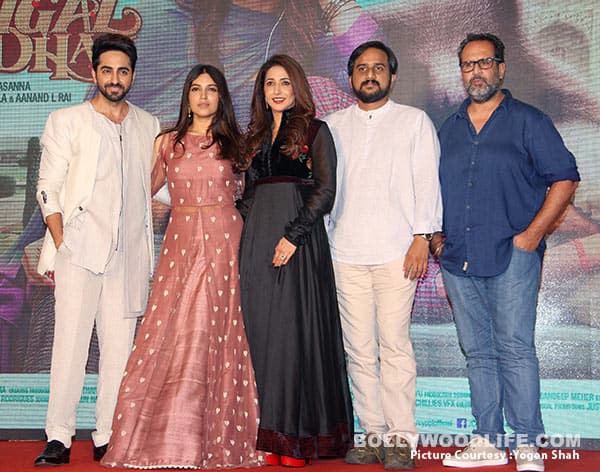 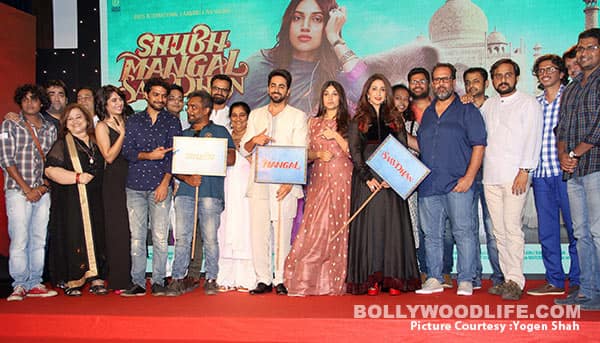 Shubh Mangal Saavdhan is the official remake of Tamil rom-com, Kalyana Samayal Saadham, and is directed by RS Prasanna, who also helmed the original movie. The film is scheduled to release on September 1.