We have done a lot of biopics, but how close have our actors changed themselves to look like their real-life counterparts!

2016 is the year of biopics it seems. We already have three biopics till now in the form of Sonam Kapoor's Neerja, Emraan Hashmi's Azhar and Manoj Bajpai's Aligarh. Also Read - Kareena Kapoor Khan flaunts her curves in a bikini on International Yoga Day; says 'free your mind' – view pic

In the months ahead, we have a plethora of biopics like Aamir Khan's Dangal, Aishwarya Rai Bachchan's Sarbjit (where Randeep Hooda plays the titular character, while ARB plays his sister who tries failingly to get her brother out of the Pakistani jail where he was incarcerated), Sushant Singh Rajput's MS Dhoni: The Untold Story and others. Even Shah Rukh Khan is rumored to be playing a real-life don in Raees! Also Read - Trending Entertainment News Today – Himesh Reshammiya to launch Indian Idol 12 contestants Pawandeep Rajan and Arunita Kanjilal together; Rhea Chakraborty apologises to her dad on Father's Day

The surprising fact about Bollywood biopics is that people have loved them, which resulted into box office successes, proving that even real life stories can work wonders with the audiences. But when it comes to getting 'into the skin of the character', how far do our actors go and change themselves to look like the person they play? We have seen in Hollywood films where actors use make up, prosthetics and more to look like the characters they are supposed to play, like Leonardo DiCaprio in J Edgar, Michael Fassbender in Steve Jobs etc. Also Read - BL Recommends: From Irrfan Khan's Angrezi Medium to Shah Rukh Khan's Lion King - Father’s Day films to binge-watch with your daddy dearest

So let's look at some recent biopics (released and unreleased ) and rate our fave stars based on how similar they look to the real-life personalities they are playing. 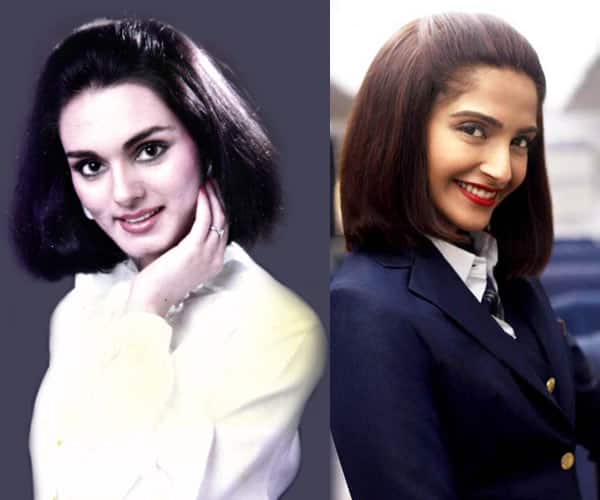 Yes, honestly speaking, we did see a lot of Sonam Kapoor in her re-enactment of Neerja, especially in the first half when she is her usual self. It's only when the drama sets in, that we find it difficult to separate the actress from the character. Also the hairstyle is spot on, and some of Sonam's facial features to match the braveheart airhostess. 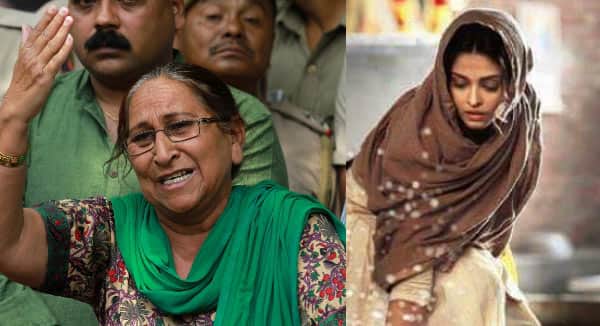 Sorry, there is no way that the former Miss World looks anything like the real-life Dalbir Kaur, even with the old woman look. This is one casting coup, where Aishwarya Rai Bachchan has to rely entirely on her acting skills to convince us that she is the person she wants to portray! 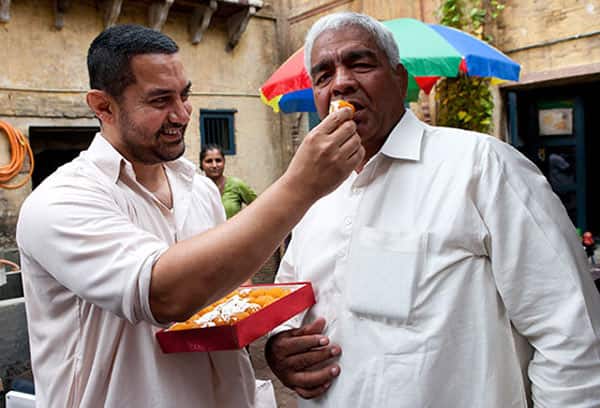 Credit must be given to Aamir Khan for doing all he can to get into the skin of the character. The actor has gained oodles of weight to look the part of the real-life wrestler, and even went white-haired for the sake of the role. Though we can only give a final verdict once the trailer is out, still it has been a job well done by the star and the makers in getting the look right. Though the real Mahavir is taller than Aamir... 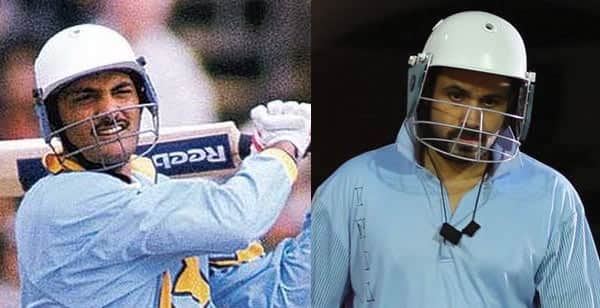 We have seen him in the trailer...we have seen him in the films...And we have come to the conclusion that...nope, Emraan Hashmi doesn't look like anything like the former Indian cricket captain. Though, he had done the gait and the walking style right...But Azhar was tall, and Emraan, well, hey Arjun Kapoor? Can Emraan borrow the High Heels from you!!! 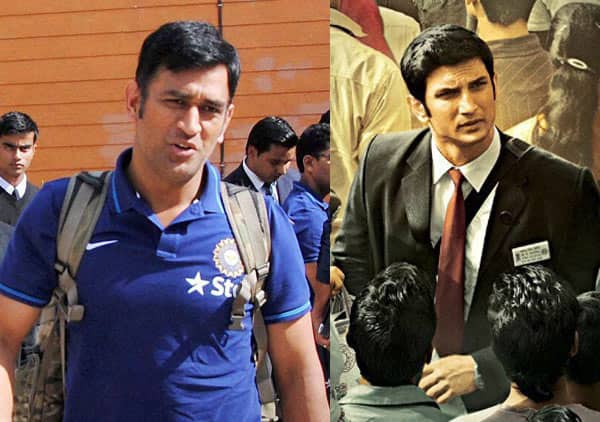 From one cricket captain to another....Casting someone in the role of MS Dhoni is a very difficult task, since he is a very popular celeb in India with a fan following that that can even put a Bollywood personality to shame! Sushant Singh Rajput do look like an ideal chice to play the Captain Cool, though look-wise, he has miles to go! Sushant is too fair, nor do I think he has the height... 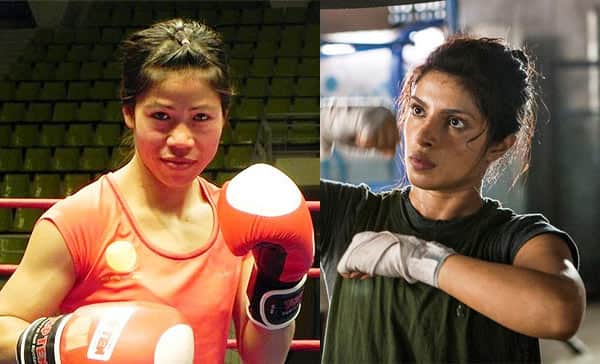 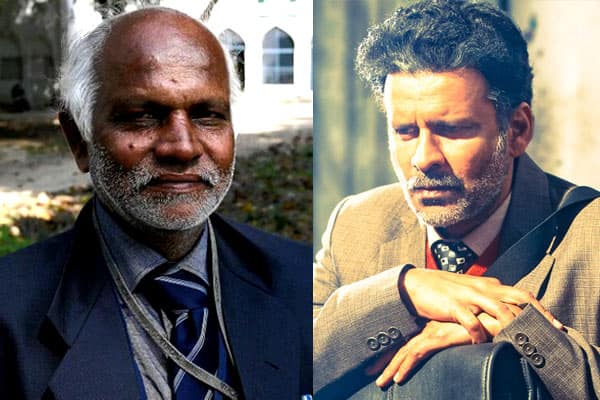 Manoj Bajpai may have given a terrific performance as the late Aligarh professor who was ostracised by his colleagues for his sexuality, and we can certainly expect a National award beckoning him next year! However, the actor does not look anything like the real man (who was balding in real life). But then, that was never the makers intention - they just wanted to bring the story out, and they succeeded well in that! 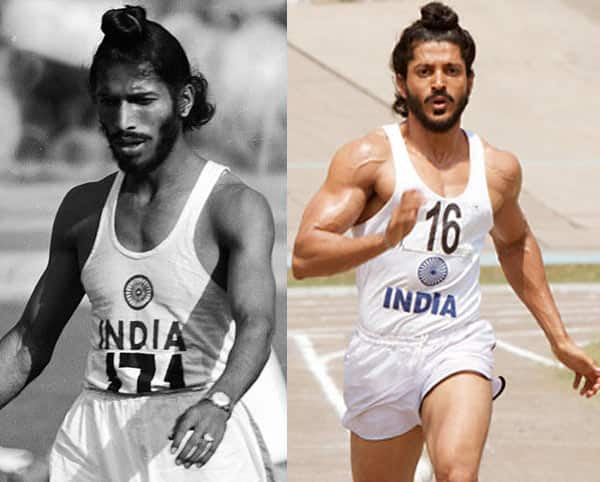 Naseeruddin Shah had once lambasted the makers of the film for not giving the accurate portrayal of the Flying Sikh in the film, and we agree somewhat to him. Farhan did build up an impressive physique and acted quite well, but we don't believe the real Milkha Singh sported 6-packs or was so good looking! 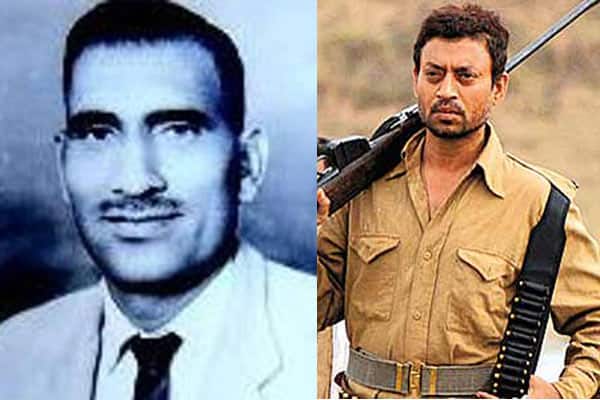 No One can deny that Irrfan Khan was his brilliant best in this film, especially the way he nailed the accent or when he did those steeple-runs. However, as in the case of Aligarh, the makers were more interested in narrating a little known of an Olympian turned dacoit, instead of making sure that their actor is looking anything like Paan Singh Tomar! 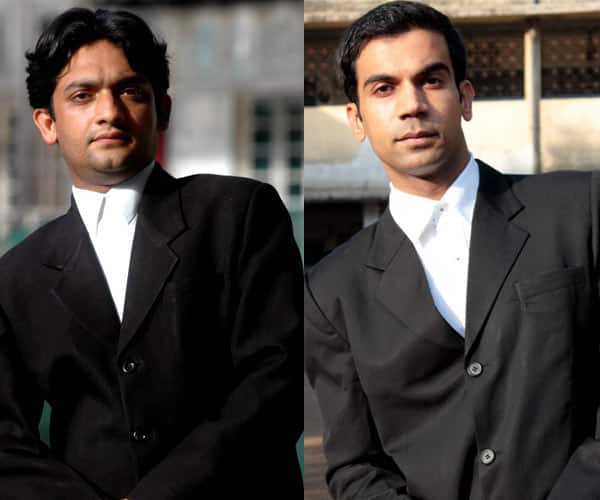 Rajkummar Rao won his first National Award for this film and he was simply terrific in that role, especially the fiery courtroom scenes. As far as the similarities with the late real-life lawyer and human rights activist goes, his performance distracts us too much to find out the disparities. But still...