The clip in question has hero Prabhas and heroine Anushka making preparations for a major attack on the opponents followed by a war scene.

Baahubali: The Conclusion can be termed as the biggest film in the history of Indian cinema scale wise and also for a big secret, "Katappa ne Bahubali ko kyu mara?" Makers are well aware about the fact and are doing there best to keep it a secret. But even their best efforts were not enough to keep their film away from the controversy. The makers were left in a state of shock when they found out that a nine minute long climax sequence was stolen from the editing unit and a two and half minute of its footage was leaked on whatsapp which went viral. On the complaint filed by producers Shobu Yarlagadda and Prasad Devineni of Arka Media Works, video editor Krishna was taken into the custody by Jubilee Hills police in Hyderabad. As per producers there are more videos which were stolen. Also Read - Pooja Hegde, Anushka Shetty, Nayanthara, Kajal Aggarwal, Samantha Akkineni and more – here's how much the highest paid South actresses earn per movie

The clip in question has hero Prabhas and heroine Anushka making preparations for a major attack on the opponents followed by a war scene. The video leaked this morning and quickly went viral with fans sharing the news over Facebook and WhatsApp. Also Read - Anushka Shetty, Sonali Kulkarni and more actresses who played onscreen mother to male stars older to them

Baahubali: The Beginning followed the story of Shiva aka Mahendra Bahubali, son of Amarendra Bahubali and his journey until he finds out who he actually is. It ended with a cliffhanger turn with Shiva trying to figure out who killed his father, Amarendra Bahubali. The Conclusion will further reveal the reason and will follow the story of Amarendra Baahubali. Also read: Prabhas' Baahubali 2 vs Rajinikanth's 2.0: Which movie's first look did you like better? Also Read - Baahubali: The Beginning completes 6 years – Here's a look at Prabhas, Rana Daggubati, Anushka Shetty, Tamannaah Bhatia and other cast's iconic stills

Check out the screengrabs of the leaked footage: 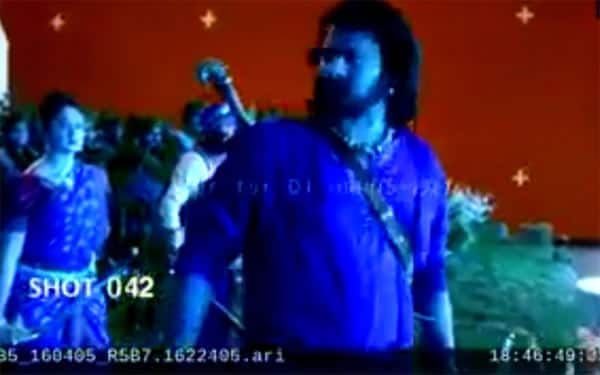 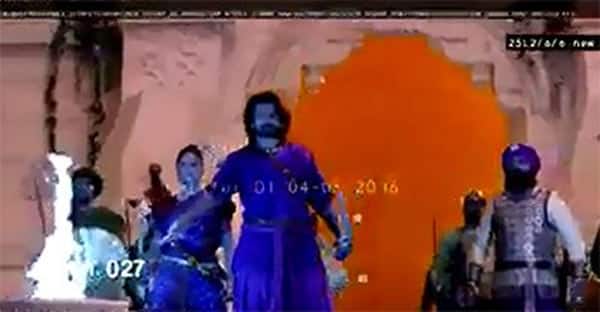 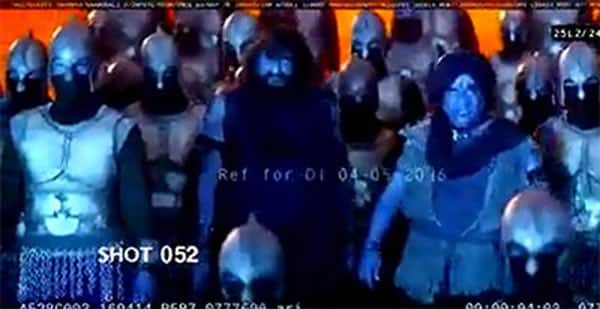 If you thought Baahubali: The Beginning was big, wait till the sequel hits theatres. It’s going to be a grand visual from start to end, in terms of sets, the war sequences, the kingdom. And of course, we will finally have the answer to why Katappa killed Baahubali. It’s amazing how everyone on the unit knows the answer but not one person has leaked it out yet. That in itself is a big feat, what say? The movie stars Prabhas, Rana Daggubati, Tamannaah Bhatia, Anushka Shetty. While the first look was recently unveiled, the movie is set for an April 2017 release.