Baahubali 2: The Conclusion producer reveals exactly how they did NOT make a profit through Baahubali: The Beginning - watch video

What do the makers of Baahubali 2: The Conclusion have to say about NOT making a profit through Baahubali: The Beginning? Watch video... 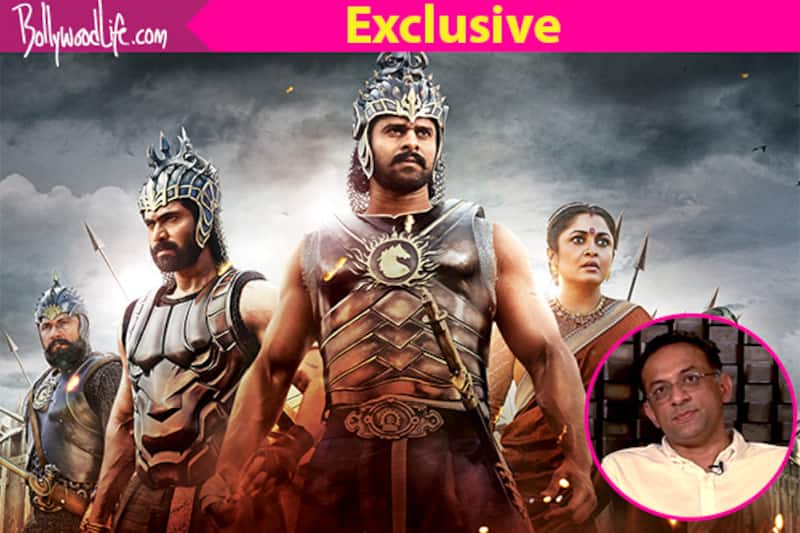 A surprise revelation by the makers of Baahubali left everyone, including us, stunned at the trailer launch of Baahubali 2: The Conclusion. Shobu Yarlagadda, the producer of the movie, had revealed to the media that the first part of the series, Baahubali: The Beginning had made them NO profit. He had said, "The budget of both the parts together is Rs 400+ crore, in the range of Rs 450 crore. The first part didn't make any money. That's what I can tell you. With the second one, we will make a lot of money, which will compensate what we didn't make with the first part." Well, we were surprised by how such a huge film could not have made a profit? But, looks like the makers have a perfect explanation as they reveal to us exactly how they did not make a single penny through Baahubali: The Beginning. (ALSO READ - Baahubali 1 vs Baahubali 2: Here's how Prabhas-Rana's sequel beats the original before release) Also Read - RRR for Oscars: Makers of Ram Charan-Jr NTR starrer apply for 14 categories in the Academy awards [Read Deets]

As Shobu Yarlagadda revealed to us in an exclusive video interview, "The thing is that part 1 and part 2 of Baahubali were conceived together. Also 30 per cent of part two was also shot with part one. Technically speaking, we cannot break down profit and loss into two parts as together it is one project as a whole. In absolute terms, we did not make any money through part one." Shobu also mentioned how the benefit of the first part doing well went to the distributors and not to the producers. However, he is 100 per cent sure about Baahubali 2: The Conclusion getting them more commercial success. Check out his full answer in our exclusive video interview right here: Also Read - Adipurush: Poster of Prabhas starrer copied? Bhediya, Radhe Shyam and more movies that were alleged for copying posters of other films

Basically, here Shobu is trying to explain to us how they actually spent around Rs 450 crore (budget) on the whole project and got only Rs 280-300 crore (we had revealed to you earlier how much the producers had collected) through Baahubali: The Beginning. And so, a profit was not made back then. However, with Baahubali 2: The Conclusion releasing this Friday, they will not only recover their money, but also make a considerable amount of profit. Looks like there are good times ahead for them. Also Read - Tamannaah Bhatia reveals if there's a dearth of quality of female-oriented films for South Indian actresses [Exclusive]

For more on this, stay tuned to BollywoodLife as we get you all the dope about the movie right here...