For the fans of Baahubali series it is odd to see loyal servant Kattappa and Queen Sivagami, romancing each other. 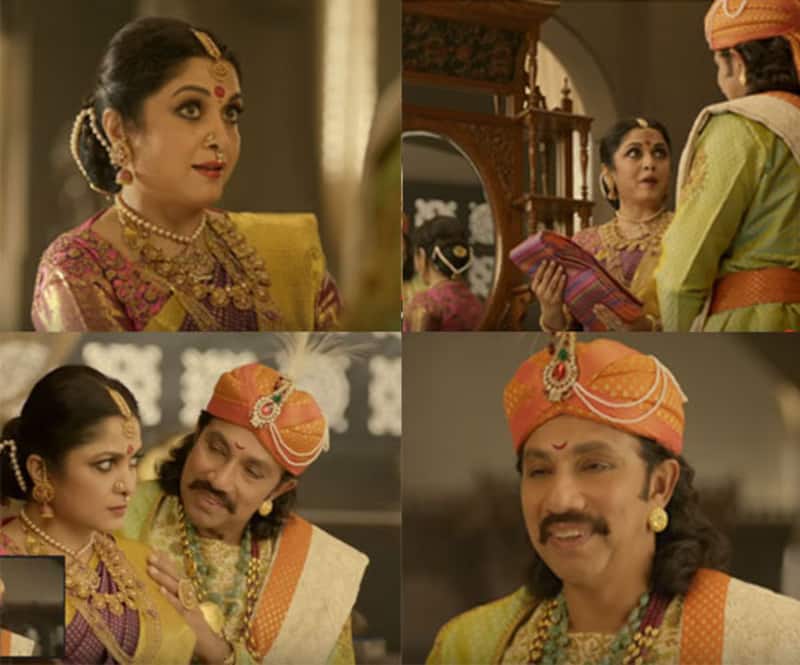 Baahubali 2: The Conclusion has become the biggest blockbuster of Indian cinema beating the likes of Aamir Khan's Dangal and PK in just 5 days. After breaking several records, the film is now on course to create new records at the box office. As soon as the film hit the screens and sent fans into a state of frenzy, a TVC of a textile company too hit the web and went viral on the internet. Reason? It features Kattappa, Sathyaraj and Sivagami, Ramya Krishnan as a royal couple and they can be seen romancing. Instead being her loyal servant, here in the TVC, Kattappa is seen playing a King of a dynasty set in feudal Tamil Nadu, who never denies his queen’s desire to shop at a particular textile showroom. Also Read - Vijay Deverakonda opens up on being questioned for 12 hours by ED over Liger funding; ‘I went and answered…’

For the fans of Baahubali series it is odd to see loyal servant Kattappa and Queen Sivagami, romancing each other. No wonder the ad is going viral. Also read: Not Kattappa, but Devasena was the one who killed Baahubali - Here's how Also Read - Prabhas, Salman Khan, Emraan Hashmi and more actors who desperately need a BIG hit

As far as Baahubali 2: The Conclusion is concerned, after breaking 30 plus records in just five days, the movie has achieved something beyond everyone’s wildest imagination! It has now beaten the lifetime collection of Baahubali: The Beginning and Aamir Khan‘s Dangal. With that, Baahubali 2 is now the highest grossing Indian film ever. This record is even more special because Baahubali 2 has broken the record in just five days! Also read: Dummy's guide to recreating the success formula of SS Rajamouli's Baahubali Also Read - Prabhas birthday special: Baahubali, Radhe Shyam and more of the actor's BIGGEST hits and flops at the box office

On comparing the collections you will know what we are talking about. Baahubali: The Beginning had collected Rs 420 crore at the box office in its lifetime run, while Dangal had raked in Rs 387.39 crore. Baahubali 2: The Conclusion, on the other hand, has earned Rs 440 crore in just five days.