Back in the bay! Priyanka Chopra Jonas flaunts her mangalsutra as she arrives in style - view HQ pics

Priyanka Chopra Jonas who recently celebrate Easter with husband Nick Jonas is back in Mumbai. The actress will be seen next in Shonali Bose's The Sky is Pink alongside Farhan Akhtar.

Priyanka Chopra Jonas is back in the bay and hopefully for a long while this time. The actress, who is otherwise busy globe-trotting with hubby Nick Jonas, has arrived in the Maximum city again and how! We will tell you - by harnessing and bringing in all the sunshine she could. Priyanka Chopra will next be seen in The Sky is Pink alongside Farhan Akhtar. The cast and crew recently wrapped up the shooting for the Shonali Bose directorial which also features Zaira Wasim and Rohit Saraf. Earlier, the crew had wrapped up shoot schedules in Mumbai, London and New Delhi and had headed to the amazing Andaman Islands to complete the film.

Well, now that she is back, we are hoping to see more of her, whenever we can. Until then, check out her pictures and don't miss the shiny rock she is wearing around her neck, her mangal sutra that goes really well with her yellow outfit. She complemented her look with white boots, blue shades, hoop earring and whatta rockstar! Dekko! Also Read - Priyanka Chopra is missing Nick Jonas A LOT; actress dedicates a sweet post to hubby dearest 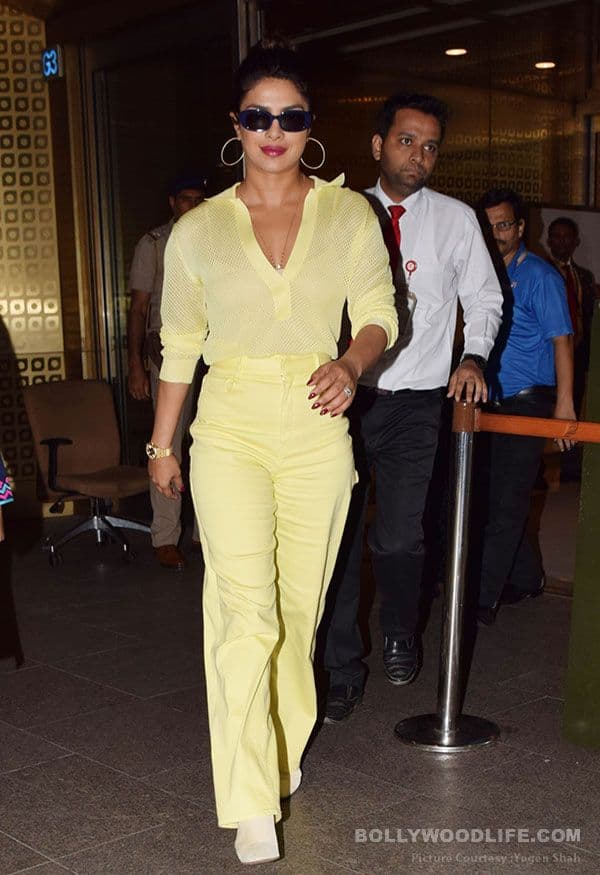 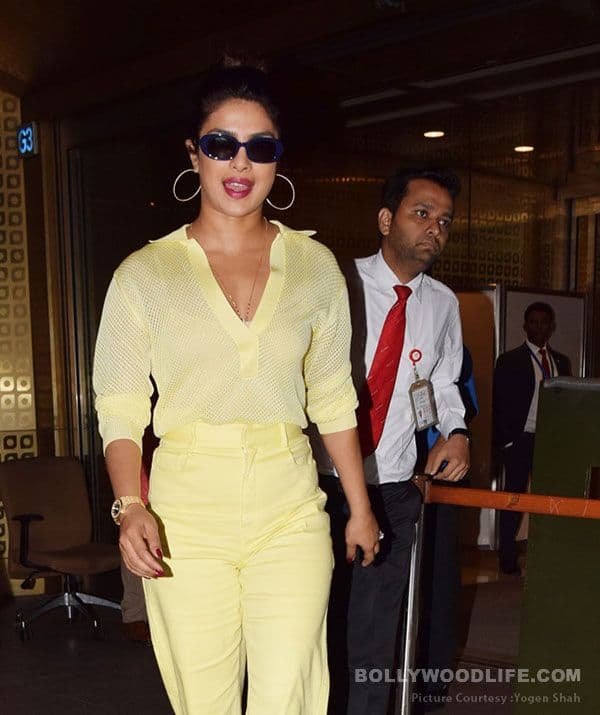 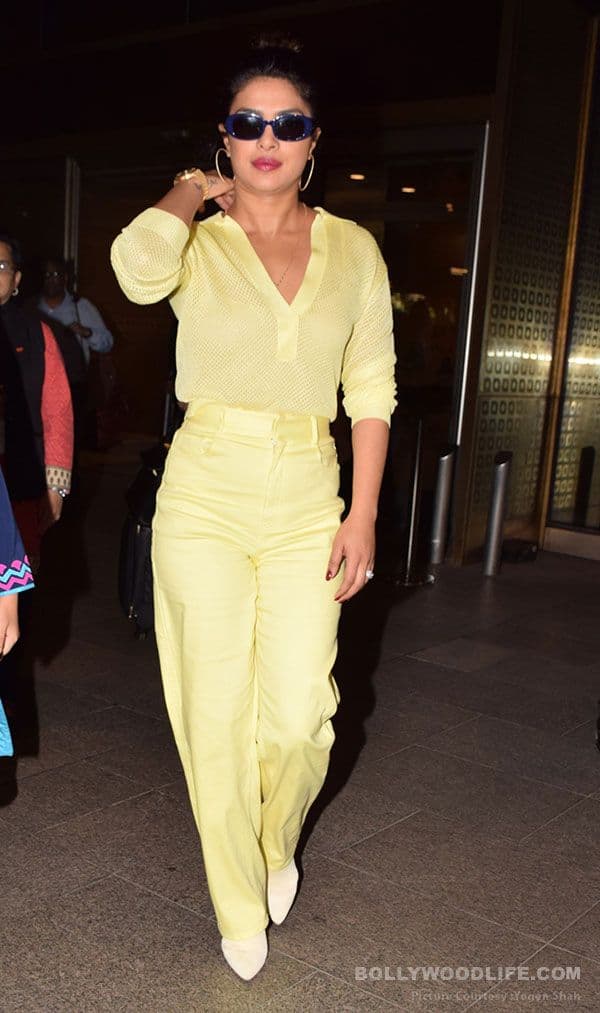 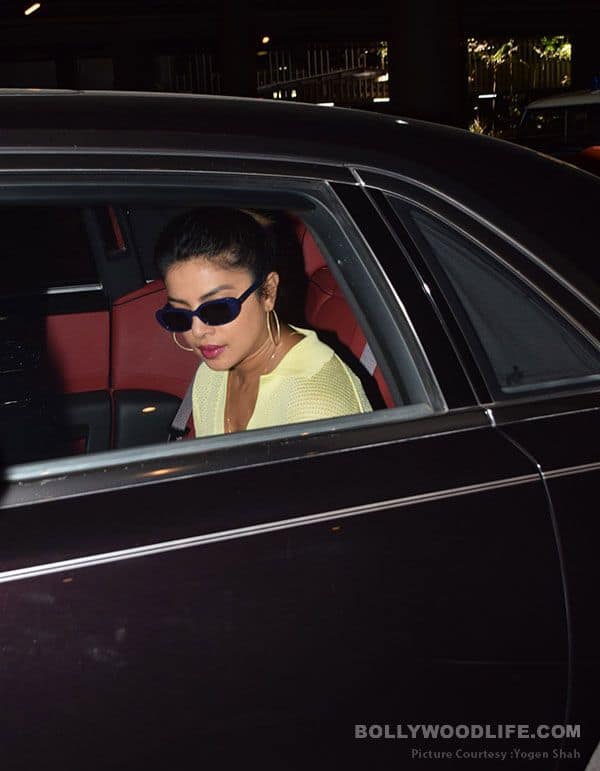 She had even put up a selfie and you can have a clear look at her suhaag ki nishaani.

The Sky Is Pink is bankrolled by Ronnie Screwvala's RSVP and Siddharth Roy Kapur's Roy Kapur Films. It is based on the true-life story of the young motivational speaker Aisha Chaudhary and her parents. It marks Priyanka's much-awaited comeback to Bollywood after her appearance in a leading role in ABC's Quantico. She is also a co-producer on the film which is slated to release mid-2019. Besides this, Priyanka is also working on her next Hollywood venture, which will be based on the life of spiritual guru, Maa Sheela Anand. The actress will be producing this movie, which will be helmed by Oscar-winning filmmaker Barry Levinson.

There is another SLB dream project that might just come to fruition. Earlier it was reported that the director has registered the title Gangubai with the Indian Motion Pictures Producers Association (IMPPA) after rumours were abuzz that Priyanka would play female gangster Gangubai Kothewali, who was also known as the Madame of Kamathipura. An insider was quoted saying, "Bhansali would not just register a title for the sake of it. The script has been with him for a while and he may well get PC to do that film. Sometimes the media does put two and two together to figure out if Salman and PC are in the same film — a chance they missed out recently on Bharat. So, in all probability PC will be Gangubai." So, here's hoping.