BAFTA 2018: Hollywood celebrities to don black in support of the 'Times Up' movement 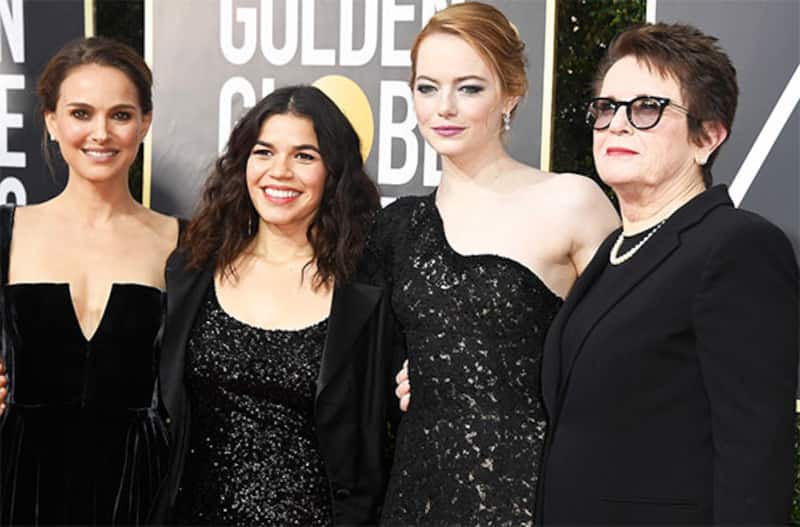 Hollywood celebrities plan to do a Golden Globes encore by donning black ensembles at this years British Academy Film Awards ceremony in support of the Times Up movement. The stars want to show solidarity with their counterparts who did the same at the Golden Globes, reports variety.com. Nominees and guests at the gala, organised by the British Academy of Film and Television Arts (BAFTA), plan to band together in a show of support for the Time's Up and #MeToo movements in a decision "made only recently". Also Read - Happy Birthday Dhanush: A look at Vaathi stars best social media posts that reveal unknown facts about his dynamic personality

With a little less than three weeks to go, designers and brands are scrambling to replace their original choices with the colour of the moment. The awards ceremony will take place at London's Royal Albert Hall on February 18, which will fall during London Fashion Week. Actress Joanna Lumley will host for the first time after replacing Stephen Fry. Screen Actors Guild Award attendees did not adopt the all-black dress code and BAFTA does not dictate a dress code for its event, but the organisation's chairperson Jane Lush has said BAFTA stands shoulder-to-shoulder with the movements for change. (ALSO READ: Rishi Kapoor disses BAFTA winner La La Land and gets slammed by Twitterati in return) Also Read - Jacqueline Fernandez to Alia Bhatt: Celebs who are all set to spread their charm in Hollywood

At this year's nominations, she said it was a shift "from #MeToo to #WeToo". "People are asking me, ‘Is everybody going to wear black?'" Amanda Berry, BAFTA chief executive said. "I don't know the answer, but I assume that will now happen throughout the whole awards season. Look at how quickly it happened at the Globes. That was only a rumour a couple of weeks before, or a suggestion," Berry added. Also Read - Shamshera actor Ranbir Kapoor wanted to play Allu Arjun's role in THIS film, wishes to be part of these Hollywood films and more