Some dialogues as weird as "Sau paani poori kha ke ladki chatt pe chadhi", though it does not makes much sense, it does induce a good laugh. The set up of Bahu Humari Rajni_Kant kind of reminds you of Govinda's Hero no. 1 and Rajesh Khanna's Baawarchi!

It looks like a desi take on Small Wonder!

In the vast sea of saas-bahu soap operas, Bahu Humari Rajni_Kant could have been yet another addition. But fortunately, it is a VERY different and FUNNY take on the saas-bahu drama. It is so not your regular soap opera. Also Read - Ridhima Pandit of Bahu Humari Rajni Kant pays tribute to Kyunki Saas Bhi Kabhi Bahu Thi in the CUTEST manner

We are introduced to a dysfunctional family the 'Kant's'. 'Dysfunctional' mainly because of the lack of a good maid, as everyone in the family is either incompetent in household chores or just plain dumb. But this problem is sketched hilariously with sweet and spicy characters delivering witty and funny dialogues. Some dialogues as weird as "Sau paani poori kha ke ladki chatt pe chadhi", though it does not makes much sense, it does induce a good laugh. The set up kind of reminds you of Govinda's Hero no. 1 and Rajesh Khanna's Baawarchi! Also Read - Bahu Humari Rajni_Kant: Himmanshoo A Malhotra or Mohit Malik who will make a better Shaan ?

The family has all the characters that are ingredients of a family sitcom- A fighting saas-sasur, a Rosesh Sarabhai like son, two dumb bahus, a weird maid that holds utmost stature in the house, etc. All that this family needs is a wife for the youngest son (Karan V Grover) and a good maid. Also Read - Karan V Grover quits Bahu Humari Rajni Kant!

What comes as the next twist is what the youngest son has invented next as a scientist. In the final moments of the episode, it is revealed that his next invention is a super-robot who looks like a very pretty girl (Ridhima). The robot is triggered by a threat taking place nearby and charges into action to save a life. The individual concerned is the mother of its inventor.

The show had some very funny moments and comes off as a hybrid of Small Wonder and Sarabhai Vs Sarabhai. The first episode made us laugh and we are waiting for more! 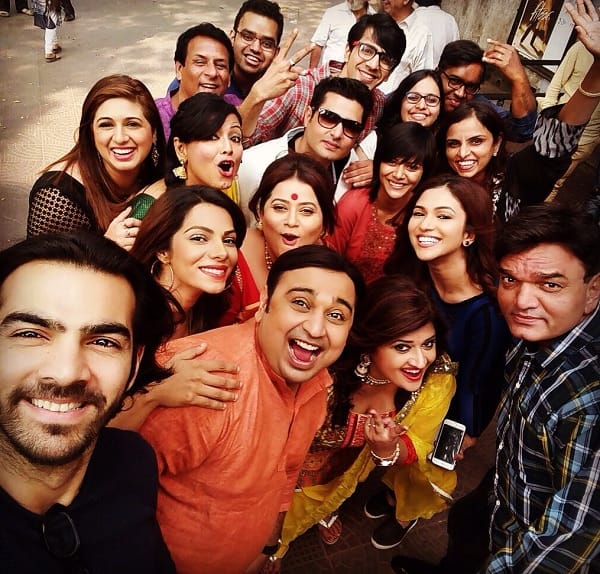