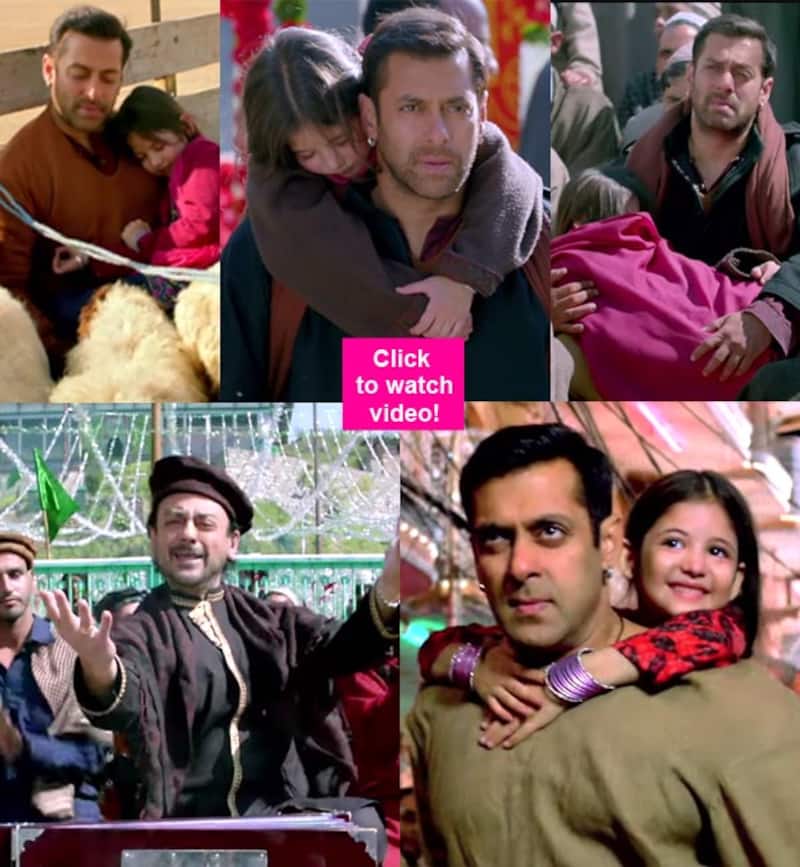 The soulful Qawwali from Bajrangi Bhaijaan is out!

Yesterday Salman Khan revealed the first look of Bhar Do Jholi Meri from Bajrangi Bhaijaan. He took to Twitter to announce that his favourite song from the film will be launched soon. Adnan Sami has crooned this special number and is also a part of this Qawwali. Also Read - Trending Entertainment News Today: Shehnaaz Gill breaks silence on sudden exit from Salman Khan's film; Taapsee Pannu's scuffle with paparazzi and more

Apart from Sami, Salman and the little girl are also a part of this soulful Qawwali. Bhai is seen carrying the little one on his back to reunite her with her family. The Lift Kara De singer croons beautifully and this number will surely give you goose bumps. You have to watch this song to know what we are saying. Apart from this, you'll also get to see glimpses of the picturesque Kashmir. Also Read - Shah Rukh Khan, Kareena Kapoor Khan, Aamir Khan and more Bollywood actors who have weird clauses in their contracts

Bajrangi Bhaijaan that releases on Eid next month is an emotional story about a little girl who gets lost in India and how reunites with her family. Apart from Salman, Kabir Khan's film also stars Kareena Kapoor Khan, Nawaduzzin Siddiqui and child actor Harshaali Malhotra in pivotal roles. Also Read - Laal Singh Chaddha: Director Advait Chandan makes SHOCKING claim about Aamir Khan starrer; says, 'People are being paid to troll'

Watch Bhar Do Jholi Meri below: