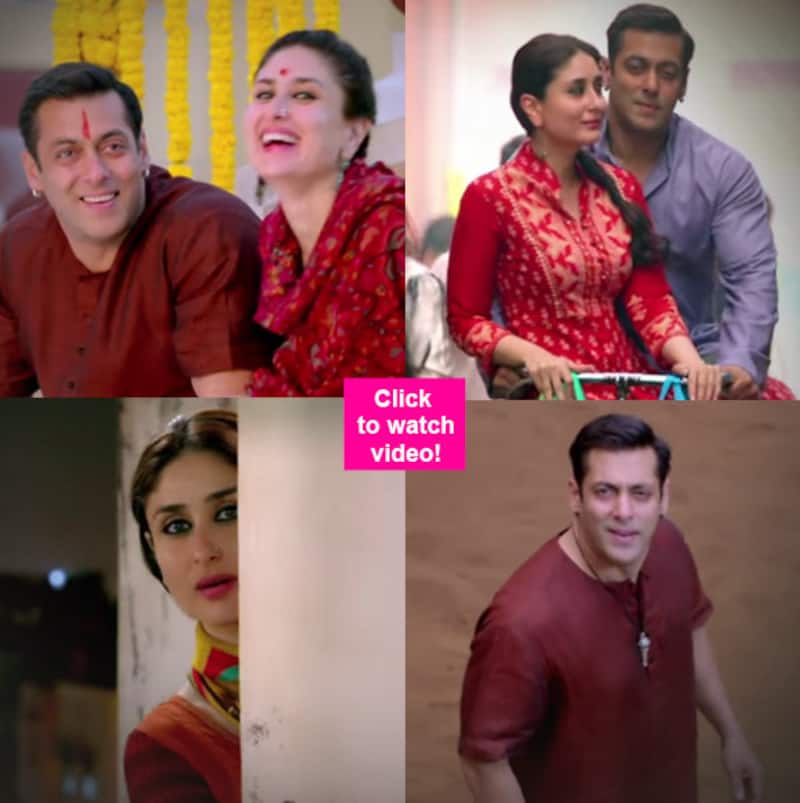 Sip a cup of tea and enjoy this beautiful track as it is the perfect way to spend your time in this pouring rain. Do not miss Salman-Bebo's awesome chemistry in this video!

It's raining cats and dogs in the city of Mumbai and all one wants to do is listen to some soulful numbers while sipping on a cup of hot tea. Right? Well Salman Khan and Kareena Kapoor Khan's song Tu Chahiye from Bajrangi Bhijaan should definite be your choice this monsoon! The much awaited track has been released and we certainly can't get enough of Salman and Bebo'c cute chemistry in the song! The two are seen falling in love with one another and the process of it is mushy at its best! Be it the subtle eye contact, the romantic bicycle rides or heart-warming gestures, Salman and Kareena's adorable camaraderie lights up the screen like nothing else! Also Read - Bigg Boss 16: Sumbul Touqeer Khan's outburst over food fails to impress; netizens says, 'Har baar dusron ke matter main footage leni hai bas' [Read Tweets]

Sung by Atif Aslam , this track is melodious and appealing to the ears. The composition is soulful and when teamed with Atif's infectious voice, it's hard to hit the stop button. The video is pleasant and showcases some rather lovable moments between Salman and Bebo. Where the actress looks stunning in her ethnic, Indian outfits, our Bhaijaan Salman looks younger and hotter than ever in his colourful kurtas. The tune of the track is breezy , sweet-sounding and we are certain this romantic number will be a hit this season, especially will all the couples out there! Also Read - Bigg Boss 16 Day 3 Live Updates: Shiv Thakare left upset after fight with Soundarya Sharma

Watch the video below and tell us what you think about it in the comments section! Also Read - Bigg Boss 16: Sumbul Touqeer's father wins hearts with his reply to a netizen objecting the Imlie actress' participation in the show with Sajid Khan