Bangistan's Riteish Deshmukh is now a 'Kaka' as his brother is blessed with a baby girl!

Riteish's brother Dhiraj has been blessed with a girl. Read on to know more!

Riteish Deshmukh and his wife Genelia D'Souza were blessed with a baby boy last year and now the actor has become a Kaka as his brother Dhiraj and wife Honey Bhagnani( Jackky Bhagnani's sister) have welcomed home a beautiful baby girl! The actor's brother broke the news with a tweet reading," On the auspicious day of #GuruPurnima we are blessed with a daughter @honeybhagnani" Check out this adorable picture which Dhiraj put forth along with the tweet! Also Read - Bangistan song Maula: This Riteish Deshmukh and Pulkit Samrat track is melodious but ineffective! 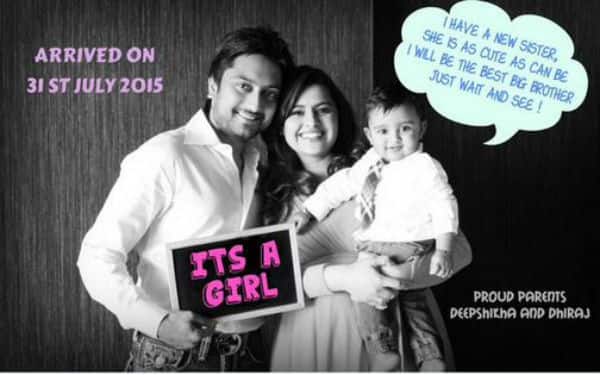 Riteish took to Twitter in order to express his joy over this recent development writing," Our lil angel arrived yesterday. @honeybhagnani & @MeDeshmukh were blessed with a beautiful baby girl. Top of the world wali feeling. #kaka"

We bet Riteish is on cloud nine and just can't stop smiling! The actor is currently busy promoting his upcoming film Bangistan along with co-star Pulkit Samrat. The two recently took their venture to the set of Jhalak Dikhhla Jaa reloaded where they spread the word and even shook their booty to the tunes of some famous Lavani numbers. Stay tuned for an entertaining episode coming your way. As for Riteish, BollywoodLife congratulates him for becoming a Kaka! He would make a splendid uncle, won't he?