Titled Nazm Nazm, a new song from Bareilly ki Barfi is out. 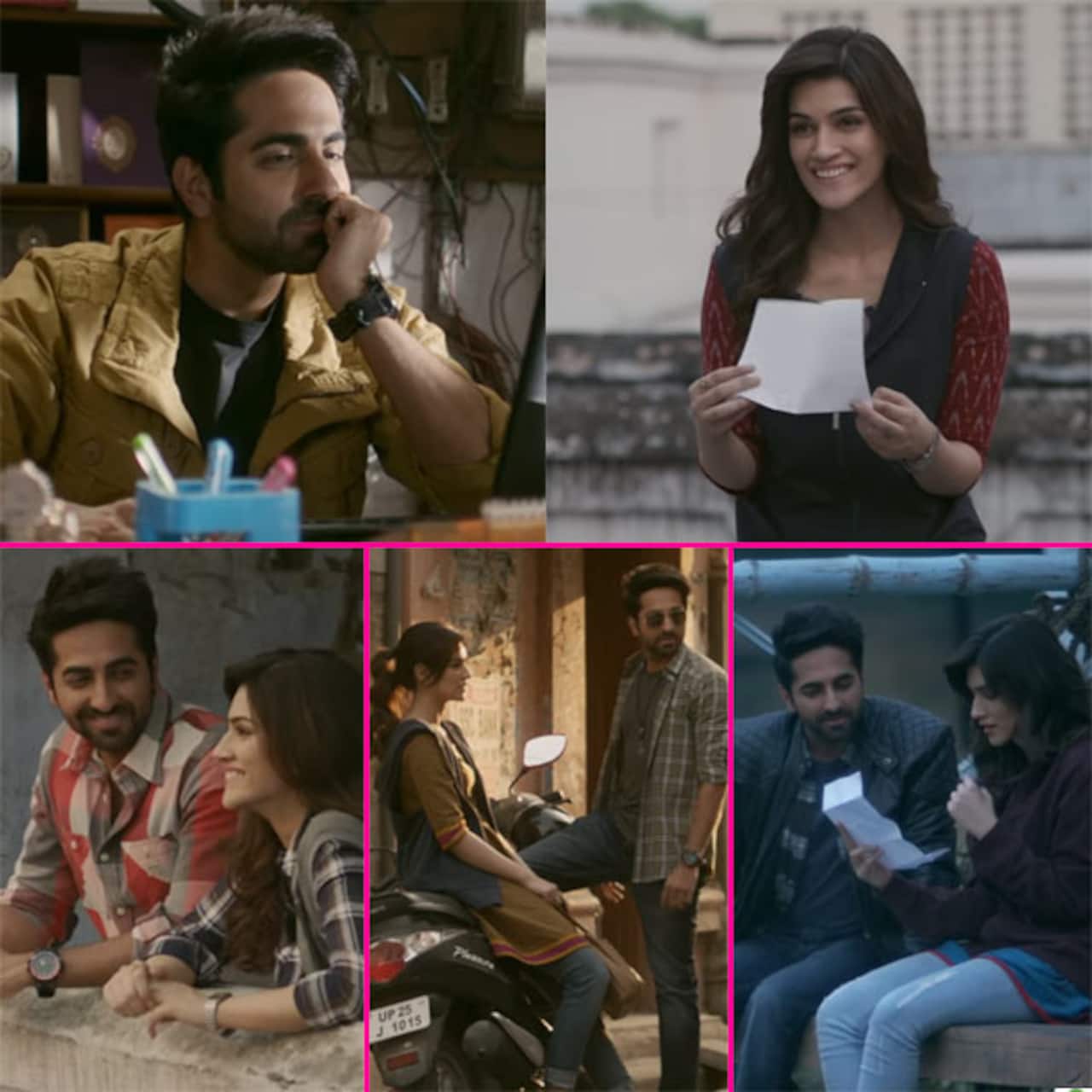 After Sweety tera drama, another song from Bareilly ki Barfi is out. Titled Nazm Nazm, unlike the previous song which was more of a dance number, this one is a slow, romantic number. Kriti and Ayushmann play one of those madly in love couples in the track. Nazm Nazm showcases Ayushmann Khurrana and Kriti's Sanon's sweet love story which is something that everyone who is in love will relate to. What's even more special about them in this song is that they write letters to each other! I mean, how romantic is that! Isn't it? In the day and age of social media where we are caught up between swiping left or right, Kriti and Ayushmann's old school romance is refreshing. Arko's beautiful voice coupled with Ayushmann and Kriti's on screen chemistry ads its own charm to this mesmerising number. (ALSO READ: Bareilly ki Barfi song Sweety tera drama: Kriti Sanon, Rajkummar Rao and Ayushmann Khurrana’s funky moves will help you tide over your Monday blues – watch video) Also Read - Kangana Ranaut calls film industry crass and crude: Times she targetted Bollywood A-listers


The producer of the film, Priti Shahani, President of Junglee Pictures had spoken to Mumbai Mirror about the movie saying,“It’s a unique romcom rooted in Uttar Pradesh. We start shooting in the first week of October after conducting a few workshops with the actors in September.” Talking about his role, Rajkummar had earlier told DNA, “My character Pritam Vidrohi works in a saree shop and is an amateur poet. There are two very different sides to him. All I can tell you is that I have never done something like this before.” As for Kriti, she revealed to IANS that it was one of the fastest films that she has shot. “Bareilly Ki Barfi has been my fastest film which I have shot in one schedule and that’s also a very special and a different film. It’s quirky, cute and light,” Kriti told IANS. Also Read - Trending Entertainment News Today: Athiya Shetty-KL Rahul wedding, MC Stan furious with Nimrit Kaur Ahluwalia in Bigg Boss 16 and more