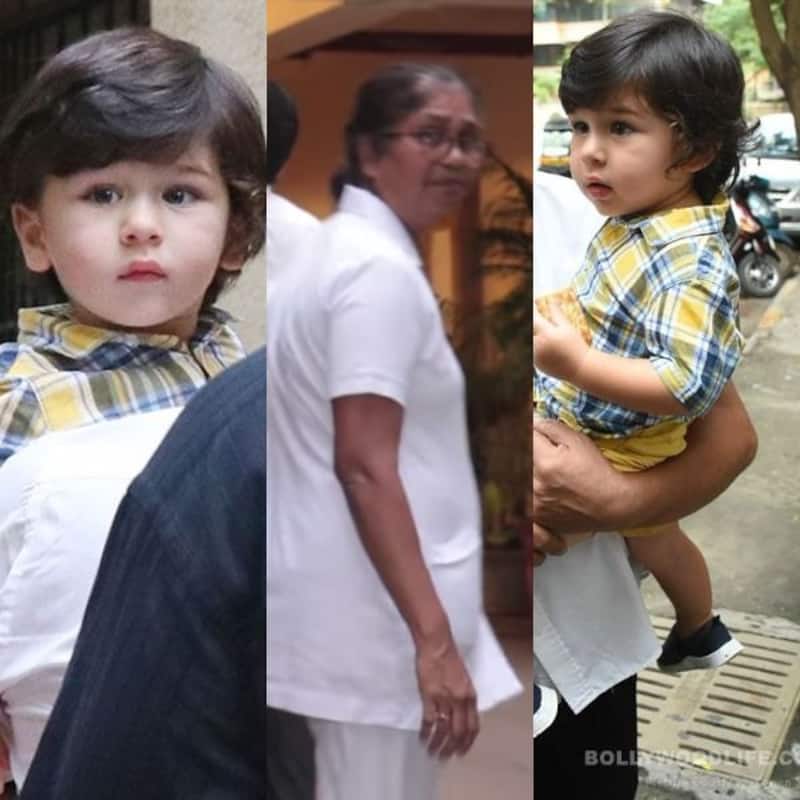 Taimur, as we’ve discussed already, is media’s favourite. Not just that, he has admirers across the country and even beyond the realms of Instagram. Posing comfortably and melting hearts with his cuteness, the kid is no less than a national obsession. And for the reasons mentioned above, the star kids are clicked and photographed like they do. Also read: After making his nanny jog in the morning, Taimur is tightly nestled in the arms of his entourage - view HQ pics! Also Read - Ahead of Vikram Vedha release, Soha Ali Khan reveals why two male actors don't wish to star together in the same film [Exclusive]

To be honest, paparazzi do us the favour of bring us those oh-so-adorable pictures. But while we, the fans, love to see and catch a glimpse of the babies, we mustn't forget that they're kids at the end of the day and incessant flashing is not something that they should be exposed to right now. Which is exactly why Taimur's nanny recently lost her cool on of their outings and gave the shutterbugs a piece of her mind. To the photographers who wouldn't quit, she said,"Bas bas, pagalpan band karo!" Watch the video to see for yourself. Also Read - Soha Ali Khan talks about the challenges star kids face; 'Sometimes they don't want to work with you but...' [Exclusive]

Earlier Soha Ali Khan had also slammed the media for hounding Inaaya and had said, "Kitni saari aap log flash lagate ho, aapke khud k bacche jab honge tab dekhna, main aake khud unpe flash lagaungi, tab aapko samjhega." And we couldn't agree more. Yes, we love these kids and would never want to stop seeing them in their element but at what cost? We completely agree with Soha and believe that a line should indeed be drawn between what's acceptable and what's not. What do you think? Also Read - Hush Hush actress Soha Ali Khan opens up on the difficulties star kids have despite their privileges [Exclusive]