Beauty and the Beast movie review: Emma Watson's lively performance and some amazing CGI breathe magic into our favourite fairytale 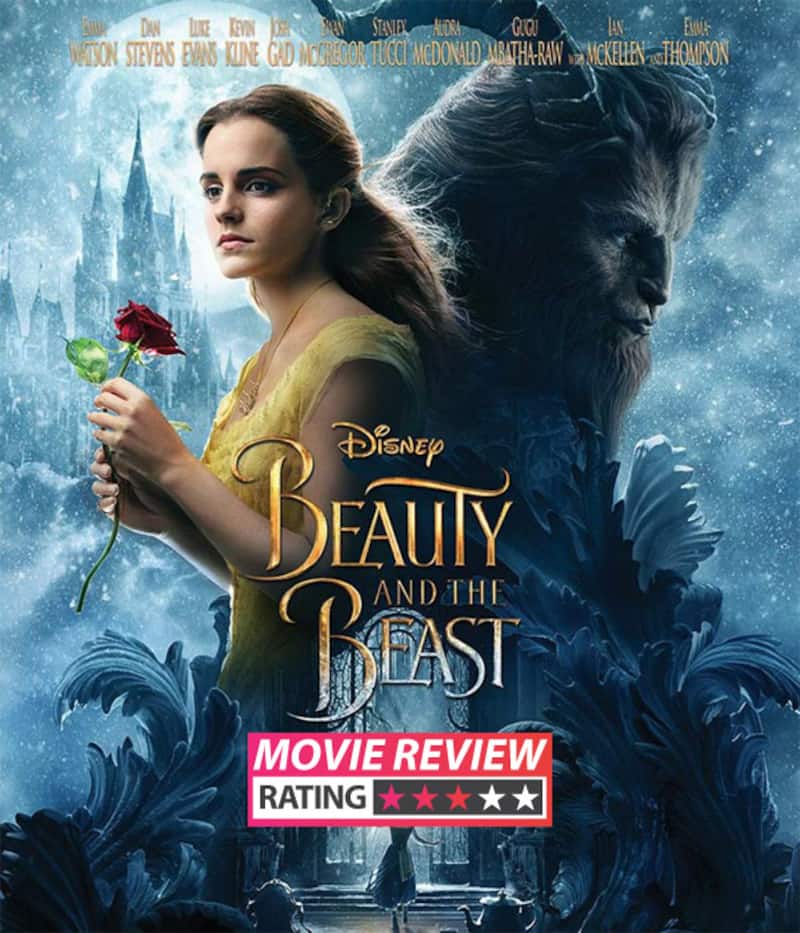 After Jon Favreau brought back The Jungle Book in a live-action avatar for us in 2016, now it's time for Disney to work the same love on another classic tale, Beauty and the Beast. Directed by Bill Condon this time, it's a live-action /CGI adaptation of their own 1991 animated version of the fairy tale. Emma Watson stars as the Beauty, while Dan Stevens is the Beast. Also Read - No Time to Die: Who'll be the next James Bond after Daniel Craig? Besides Lashana Lynch as the first female Bond, here are the male stars who could play 007

What's it about Also Read - Nine Perfect Strangers teaser: Nicole Kidman and Melissa McCarthy come together for the thriller version of Bigg Boss

Once upon a time long, long ago, a young vain prince (Dan Stevens) is cursed by a witch for behaving like most of our Bollywood stars - dressing up garishly and caring two hoots about others. He is turned into a ghastly beast and most of his staff members get converted into various household items. The Beast is given a rose and is told if a girl falls for him in his beastly form before the last petal falls, the curse will be lifted.

Years later, we meet Belle (Emma Watson), a poor but brilliant daughter of a watchmaker Maurice (Kevin Kline). She lives in a picturesque village, whose residents are quite ignorant of the existence of the Beast and his castle. Emma is often harassed by the village hero, an arrogant soldier Gaston (Luke Evans). But Belle is disdainful of him. One darned day, Maurice gets trapped in the Beast's castle, as he is accused of robbing a rose from the garden. Belle finds her captive father and asks the Beast to take her as a prisoner instead, which he obliges. Though intimidated by her captor and his 'inanimate' helpers at first, Belle soon warms up to the castle's cursed inhabitants. Will she able to break the curse and really fall in love with the Beast? Well, you know the tale, and even if you don't, you know how it ends…

The first thing that strikes me about Beauty and the Beast is its beautiful imagery. Be its colourful tone, the extravagant art direction and some amazing CGI, every frame is an art unto itself. The fable of the Beauty & The Beast is a emotional, pretty story that has ruled our childhoods, and the makers have done justice to the tale in bringing the magic alive in most of the portions. Though there is nothing extraordinary about the narrative, the finesse lies in how it is presented.The way they recreated the Beast is laudable - he may look ghastly but we can see the humanness in him. The cinematography is fantastic, and the direction is quite adept for such a movie. Do make sure you catch it on IMAX.

While the visual brilliance is its strength, the movie works best when it focuses on building the relationship with Belle and the Beast. Be it them bonding over books or that lovely dance in that ballroom, it's these lovely moments that hooked me to the movie more than anything else. Though there are portions that may bore you, once the romance is on screen, you will feel you are reliving your childhood right there. Beauty and The Beast rides on the strong shoulders of Emma Watson's fantastic performance. Though I can't say if she did the right thing of choosing this one over Emma Stone's Oscar winning turn in La La Land, Emma Watson is an absolute delight in the movie, be it with her beauty, her performance and her singing. The usually handsome Dan Stevens may be lost behind the mo-cap performance of the Beast, but his gruff voice has enough potential to charm you. But it is Luke Evans' smarmy act that quite often steals the show. Josh Gad is also fine as Gaston's secretly gay best friend. Among the voice cast, Ewan McGregor, Frances McDormand and Sir Ian McKellen stand out.

This may be my personal gripe, but I am not a fan of Hollywood musicals. Especially the one with too many songs. Yes, I can bear a La Land Land once in a while thanks to its amazing choreography, but not always. Some may find the song routine in Beauty and The Beast awe-inducing, but it kinda bored me for some of its portions. Beauty and The Beast has a couple of songs too many, like the bar song featuring Gaston and his friend, that could have been easily trimmed. They take away the attention of the viewers from the real USP of the movie - the romance between the girl and the beast. While the portions involving Belle and the Beast more than often grows on you, the movie still lacks the evergreen charm of Disney's own 1991 animated version. The final fight in the castle where the furniture defend their castle against the attacking villagers doesn't bring the sense of urgency required for the scene.

Beauty and The Beast may not work the same magic as The Jungle Book did for Disney last year. However, it is surely an arresting piece of visual brilliance that has to be seen on big screen to get the full experience. While not all songs work and they make some portions drag, the fairy tale romance is still alive when it comes to every scene featuring Emma Watson and the Beast. Though Beauty and The Beast is a classic tale, it is also a very much needed moral lesson to our glamour obsessed world, that beauty is skin deep. Recommended to watch it in IMAX screens.