Beauty and the Beast trailer: A pretty Emma Watson and some gorgeous visuals make our fave fairytale romance come alive 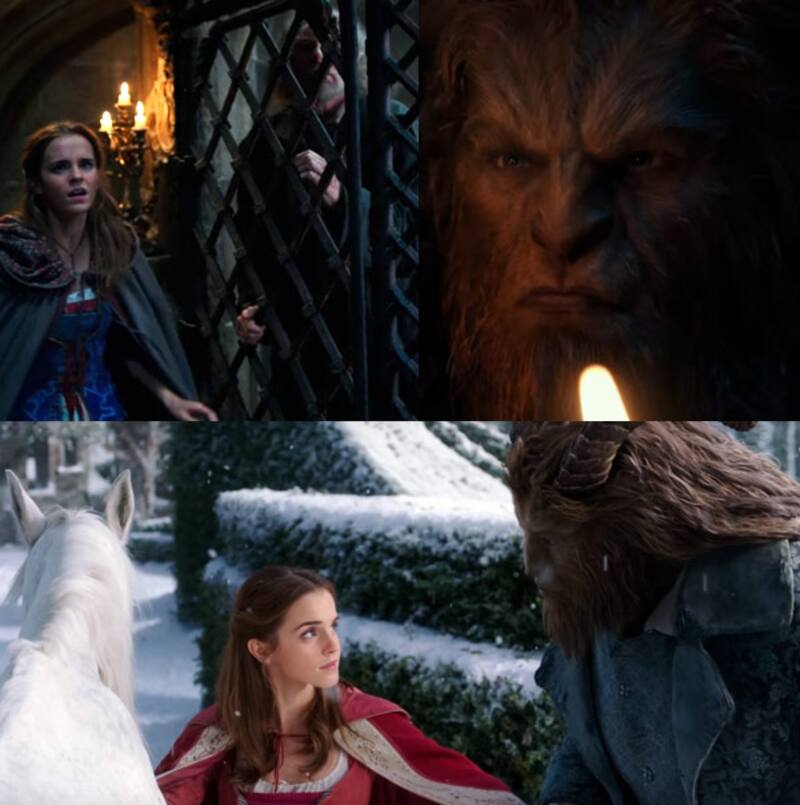 After wowing us last year with The Jungle Book, Disney has decided to give 2017 with another updated and more visually enhanced version of one of the old classics, Beauty and The Beast. The very pretty Emma Watson is the Beauty this time, and everyone is already familiar with her work in the Harry Potter movie series. The Beast will be played by the Downton Abbey fame Dan Stevens through motion capture. But girls, don' t worry. If the movie stays true to the fable, you can have your handsome actor in the final reels of the movie, as the Beauty lifts the curse from the beast with her love. Also Read - What to watch on Netflix, Amazon Prime and Flipkart Video: Home, Red Dawn, Kaun Who Did It and more

While we have all got glimpses of the movie through its various teasers, this is the first time Disney is releasing the proper trailer of the movie. So it sets up the Beauty aka Belle (Emma Watson) living in an idyllic, picturesque village with her father (Kevin Kline). She has caught the attention of the irascible and vain village hunter Gaston (Luke Evans). A series of misfortune lands Belle's father as the prisoner of the ghastly beast, who is at first very hostile to Belle. But later he saves her from a pack of wolves and has a friendly and later romantic bond with her. Belle must also learn to lift the curse off the beast and his staff, who are turned into cups, clocks and utensils, before it has a permanent effect on them. Also Read - Jennifer Lopez, Katy Perry, Emma Watson and other Hollywood actresses who nailed the no make-up look with grace

First thing you would notice about the trailer is its visual beauty in each frame that actually gives the movie a feel like it's plucked straight out of the children's book. Even the animation on the Beast looks great - hideous but not exactly scary. Then there are the songs and dances, and we are looking at a potential monster hit. Also Read - BTS: The boys' epic reaction on V failing to recognize Iron man Robert Downey Jr's cannot be missed

Beauty and the Beast is directed by Bill Condon and will also star Josh Gad, Ewan McGregor, Stanley Tucci, Ian McKellen and Emma Thompson. The movie is scheduled to release on March 17.