Behind the scenes: Check out pictures of Shah Rukh Khan on the sets of Raees!

The actor has set the ball rolling for his upcoming film Raees. Read on to know more!

Shah Rukh Khan is the most hard working celebrity in B-town and there's no denying that. After having wrapped up a rather hectic schedule for Fan, the actor has set the ball rolling for Raees. The superstar will be seen opposite Pakistani beauty Mahira Khan and Badlapur fame Nawazuddin Siddiqui. We know how excited you must be to catch a glimpse of this much awaited venture so we have some pictures from the sets of the film! Also Read - From getting a nose job to being secretly married: Shah Rukh Khan's Raees co-star Mahira Khan gives fitting replies to fans questions 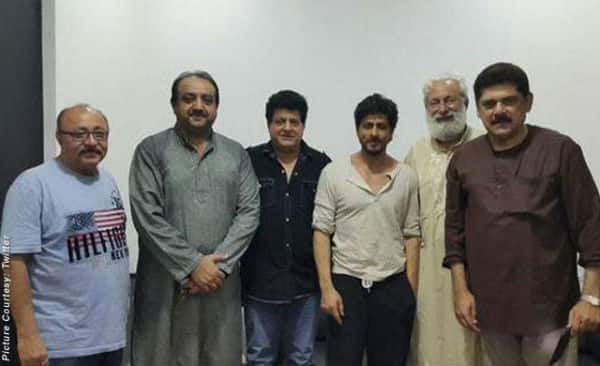 As seen in the pictures, Shah Rukh Khan poses with director Rahul Dholika, on the sets of Raees. The actor even tweeted about the same writing," First day on Raees. Hot but heartening. And KKR starts its match. Go boys….cheering you from the sets." We hear the actor will be shooting a small portion for Raees before starting work with Rohit Shetty on his film Dilwale in Goa. A laid back SRK is seen posing in casuals, along with his Raees team members. The actor started working for the film on April 22 and was cheering for his Kolkata Knight Riders team who had a match scheduled the same day. Ah well, isn't that sweet? Also Read - Say What? Raees actress Mahira Khan is a fan of Malayalam films; has a special request for fans and friends in Pakistan – watch video 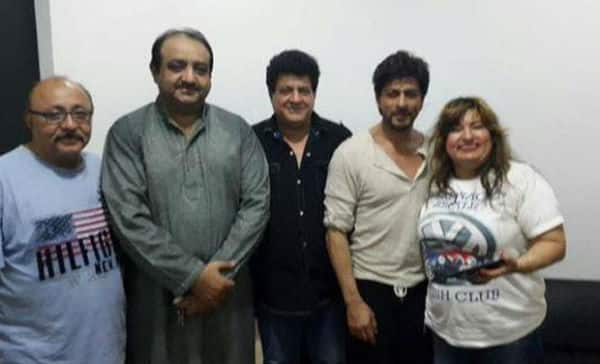